One in four Ugandan adults has hypertensio...
Next Story

The proposed rules prohibit making or sale of sweets, toys, snacks or other objects in form of tobacco products.

The proposed rules prohibit making or sale of sweets, toys, snacks or other objects in form of tobacco products.

KAMPALA - The Tobacco Control Act which was passed by the 9th Parliament on July 28 last year has failed to fulfill its obligation of banning smoking in public places among others upon its enforcement in May 2016.

The Parliamentary Forum on Non-communicable Diseases (PFNCD), the brain behind the law, has in light of that developed stricter rules to control smoking in Uganda.

This was revealed Tuesday during a PFNCD meeting in Kampala where several legislatures discussed new provisions that will be included in the law.

The new proposed regulations on tobacco control prohibit incentives and privileges like tax holidays to tobacco business dealers, aimed at frustrating tobacco investors in the country who have gained from the laxity of the government on tobacco control.

The regulations further prohibit employing minors below the age of 21 in any process of tobacco production.

A ban is also included on the making or sale of sweets, toys, snacks or other objects in form of tobacco products or objects that resemble, mimic or inmate a tobacco product that appeals to minors.

Manufacturers or dealers in the tobacco industry are also ordered to stop financing trips, campaigns or any form of bribery to government officials and legislatures.

Dr. Sheila Ndyanabangi (pictured above), the National Focal Person of Tobacco Control, told New Vision that there has been laxity in the implementation of the law.

"We have proposed the new regulations and will be implemented upon establishment of the tobacco control committee," she added.

Several MPs tasked her to mention members on the tobacco control committee but she was reluctant to, saying it would jeopardize the plans to control smoking in the country.

"The dealers in the tobacco industry are rich and they are capable of investing money to fail the tobacco control law. Mentioning the committee now would expose our plans."

Ndyanabangi called for an improved budget of about sh100m, arguing that that sh5m is not enough to oversee the implementation and sensitization of Ugandans about the law.

Evelyn Naome Mpagi, the PFNCD Secretary General, advised the 10th Parliament to work together in the fight against tobacco usage and production in the country. 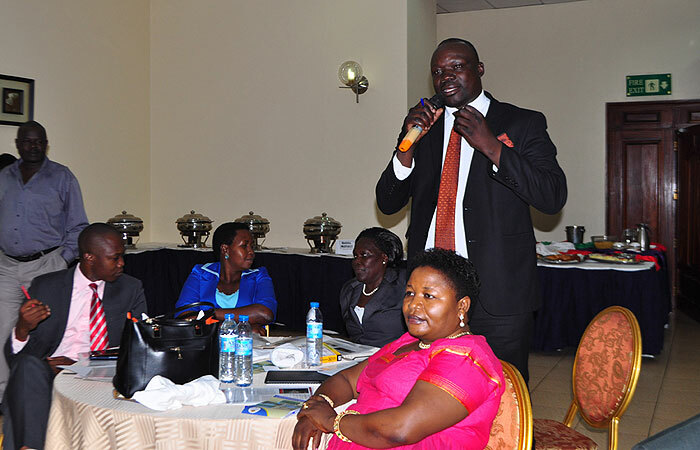 MPs react to the proposed regulations

Benard Atiku, Ayivu County MP, called for review on the fines given to the dealers, adding that it's too low thence the tobacco dealers can still carry out the deadly business.

"Let the fine be lifted to a billion dollars for traders dealing in tobacco products which are prohibited by law. A million or sh2 million can easily be paid by traders."

Johnson Muyanja, Mukono South MP, proposed an increment of the taxation on tobacco products, saying it would frustrate producers and dealers.