Herman Mutaawe will be at hand to defend the JBG tournament. PHOTOS: Michael Nsubuga

Uganda professional golfers hitherto known for lacking local competition, have in what is like a windfall set to compete for sh65m in four tournaments within a space of one month.

On Saturday, the top 12 golfers who would have made the cut in the second round of the JBG Open will be involved in the final round at Entebbe Club before returning to Palm Valley for the second round where another cut will be effected before the final on Sunday morning.

It will be survival for the fittest as four days later the pros will again be part of the action in the Ladies Open where Pinnacle Security has provided sh15m for them ahead of another grueling journey to Kinyara for the Liason Insurance sponsored tournament that has a sh15m stake as well. 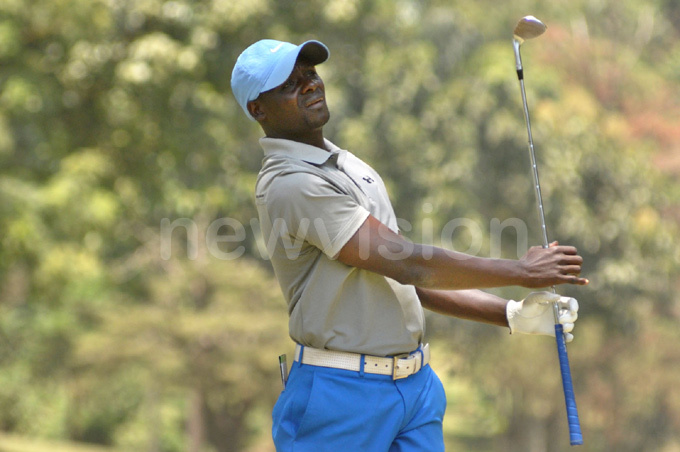 Deo Akope is all praise for the sponsors that have ensured the UPGA is active.

"The latest development is an indication that we might be heading to a local pro-tour event in the near future. The more events we get the more the UPGA will grow and the young lads will be inspired and look towards turning pro and aiming at winning some of this money." Akope noted.

"We are grateful to all sponsors who have taken the initiative to sponsor professional golf. A big thank you goes to Pepsi who have continuously supported us and Amos Nzeyi and Emmanuel Mugamba of JBG who have been good friends and have been there for us and ensured we get regular competition," Akope stated.

He said the UPGA will soon hold another qualifier because; "we need more members to grow our numbers to at least 50 members by end of next year,"

Notice from Ministry of Lands