Every golfer was eager to know where their friend 'died' as the RwandAir flags golf tournament ended at Kitante on Saturday.

Jenina Nasimolo's hole-in -one on hole number 9 was the highlight of the day, helping her to 'die' last; a half feet to hole No.1, to emerge winner of the annual Uganda Ladies Golf Union organised one-day event that was also used to launch its operations of its newly acquired Airbus A330-200 aircraft, called Ubumwe.

"It was a case of ask and it shall be given, because in the week I told myself that I should win this tournament and it happened. For the hole in one I had the best company who gave me comfort as we went about our round but on that particular hole, I also had feelings of sinking it in," Nasimolo told golfers at the prize ceremony presided over by Rwanda ambassador to Uganda Frank Mugambage and RwandAir Country Manager Ada Magezi. 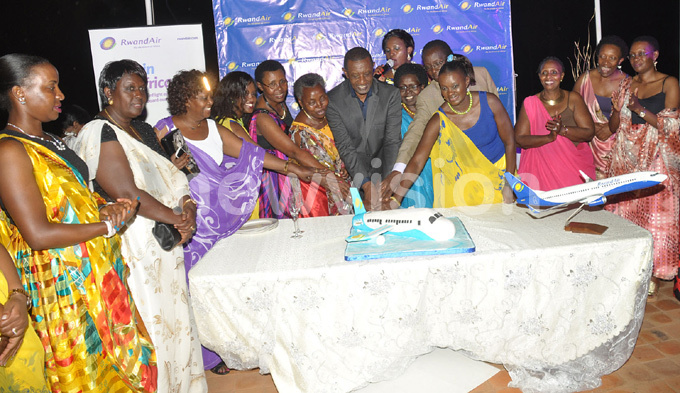 Just like her, men's overall winner Virdee Amarjit will also enjoy the same privileges after he emerged the last man standing 14 feet from hole No.1.

Rose Azuba, Anne Abeja and Eva Magala were the last ladies standing in the ladies Group A at 11, 13 and 40 yards to the Hole-No.18 respectively.

In Group B, Regina Ddamulira, MK Lee and Lydia Mutesi were the top players having finsihed their allotted strokes 10 yards and 360 yards to the green No. 1 and 16 centimeters to the Hole-No.18 respectively.

Connie Mukuru, Jackie Nyakaisiki and Njeri Kinyoho were also good for the top three positions in Group C, having placed their flags in Hole-No.18, 5cms and 14 yards on the same hole respectively. 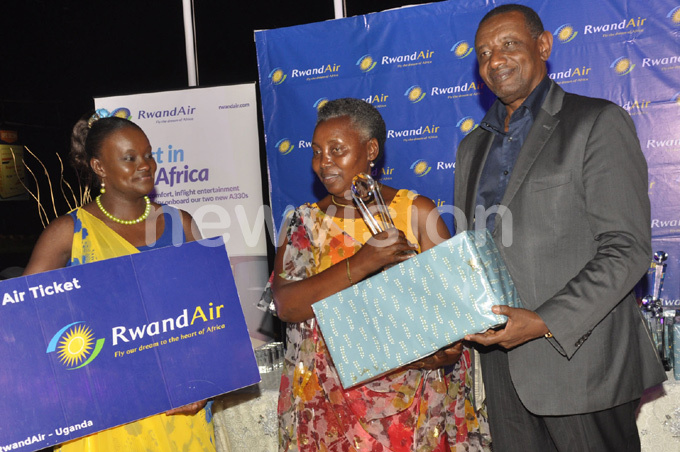 According to the Lady Captain Mary Ochieng the tournament was organised in maintaining the tradition of playing different golf formats at the club.Golfers were later treated to Rwandan traditional dances by Ingyenzi troupe.

Flags is a competition format in which golfers begin the round of golf with an allotment of strokes according to their handicaps, then they play the golf course until their strokes run out.

The game gets its name from the fact that little flags are usually given to competitors to stick in the ground at the point from which their final shot is played. The golfer who stakes his flag the farthest around the course is the winner.

Men and women are equal, but not uniform

A peek into the lives of the Buganda royalty