Obama says Peres reminded him of 20th-century giants like Mandela

"In many ways, he reminded me of some other giants of the 20th century that I've had the honour to meet," Obama said

US President Barack Obama attends the funeral of Israeli president and prime minister during his funeral at the Mount Herzl national cemetery in Jerusalem on September 30, 2016. AFP Photo / Pool / Menahem Kahana

"In many ways, he reminded me of some other giants of the 20th century that I've had the honour to meet," Obama said

US President Barack Obama said Shimon Peres reminded him of "giants of the 20th century" like Nelson Mandela in his eulogy for the Nobel Peace Prize winner in Jerusalem on Friday.

"In many ways, he reminded me of some other giants of the 20th century that I've had the honour to meet," Obama said at the funeral for the former Israeli president and prime minister attended by world leaders. He named Nelson Mandela and Britain's Queen Elizabeth. 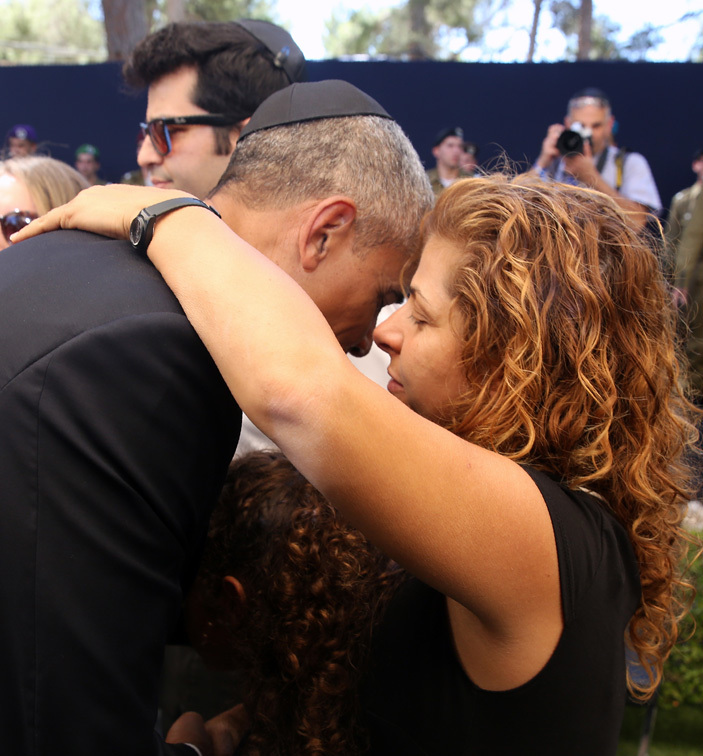 US presidents present and past joined Israeli leaders and Shimon Peres's children in delivering the eulogies at the Nobel Peace laureate's funeral in Jerusalem on Friday.

Here are some of the key quotes:

"He reminded me of some other giants of the 20th century that I had the honour to meet: Men like Nelson Mandela, women like Her Majesty Queen Elizabeth, leaders who have seen so much, whose lives span such momentous epics, that they find no need to posture for traffic in what is popular in the moment."

"It is that faith, that optimism, that belief even when all the evidence was to the contrary, that tomorrow can be better, that makes us not just honour Shimon Peres but love him."

"Shimon accomplished enough things in his life for 1,000 men but he understood that it is better to live until the very end of his time on earth with a longing not for the past, but for the dreams that have not yet come true -- an Israel, secure in a just and lasting peace with its neighbours."

On Palestinian president Mahmud Abbas, who was seated in front row at the funeral, the US president said his "presence here is a gesture and a reminder of the unfinished business of peace."

"He started off life as Israel's brightest student, became its best teacher, and ended up its biggest dreamer" 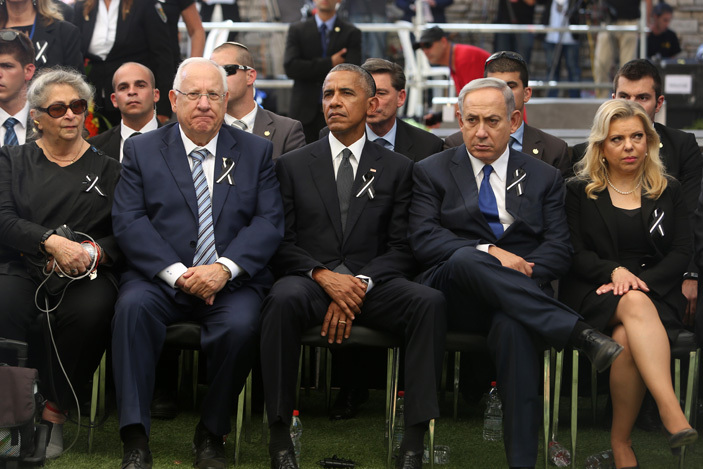 "Shimon lived a life of purpose."

"Your death is a great personal and national loss, as it is also the end of an era, the end of the era of giants whose life stories are the stories of the Zionist movement and the State of Israel."

"This is our profound feeling today. A feeling of the end of an era in the nation's life, the end of a chapter in our lives."

"My father, you were a lover of life, who sprung like a lion at daybreak to fulfil his mission. For so long, I tried to catch up with you. But now, heed my loving words, you have earned a well-deserved rest." Nechemia 'Chemi' (C-L) and Yoni (C-R) Peres, the sons of the former Israeli premier Shimon Peres, mourn with relatives at the Mount Herzl national cemetery in Jerusalem during the funeral of their father on September 30, 2016. AFP Photo / Pool / Menahem Kahana

"You always preferred the possibilities offered by the imagination to clinging to memories of the past. The legacy you leave to us is the world of tomorrow."

"Farewell my teacher and mentor. Farewell beloved father and grandfather. We will travel the path of light you left us."

"When asked what he would like to have inscribed on his tombstone after death, he said, without hesitation, 'He was too young to die'."