KCCA extended their lead atop the Azam Uganda Premier League table after defeating Express 3-1 at the Phillip Omondi Stadium in Lugogo.

The win put the reigning champions on 18 points from seven games played this season, six points clear of their nearest rival.

Muzamiru Mutyaba, Robert Ssentongo and Geoffrey Sserunkuma each scored for KCCA while Saddam Juma netted a consolation for Express.

KCCA will now face Vipers away in their next game on Friday at Nakivubo. 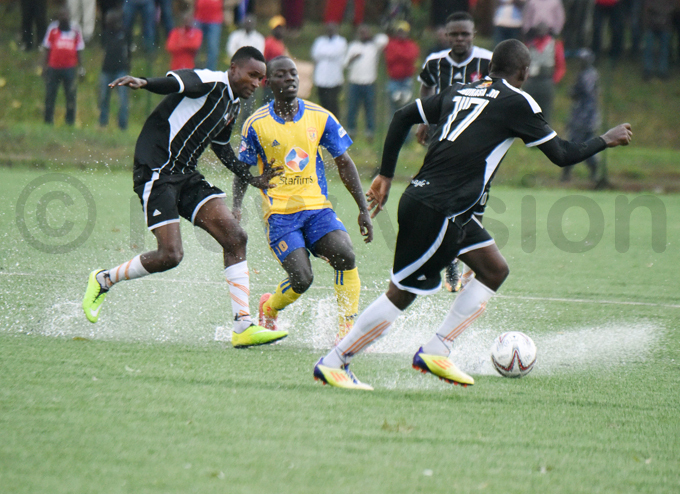 The game was played in wet conditions following a heavy afternoon downpour. Photo by Mpalanyi Ssentongo

At Wankulukuku, Erisa Ssekisambu scored only the goal as Vipers defeated Lweza 1-0 in the Entebbe Road derby.

This was sweet revenge for Vipers against a side they failed to beat last season.

In Lugazi, pressure mounted on URA coach Kefa Kisaala after his side lost 2-1 to Sadolin Paints at home. This was URA FC 's sixth game of the season and they've won only once.

Elsewhere, SC Villa conceded their first goal of the season in a 1-1 draw with Soana. Frank Kalanda gave Soana the lead before  Vitals Tabu equalized for Villa.