Some of BCU Delegates during the special general meeting at the factory. By PAUL WATALA

In an effort to throw him out as chairperson for Bugisu Cooperative Union (BCU) petitioner have written over 150 petitions to the commissioner of cooperatives accusing the reigning chairperson, Nathan Nandala Mafabi of mismanaging the affairs of the union.

The special meeting aimed at considering amendments to BCU bylaws and to consider and resolve on persistent petitions in BCU.

"Since 2008, BCU has had over 150 petitions, all from some members who managed BCU from 1996 to 2008 when they were suspected after an inquiry by the commissioner discovered gross mismanagement of the union," he said. 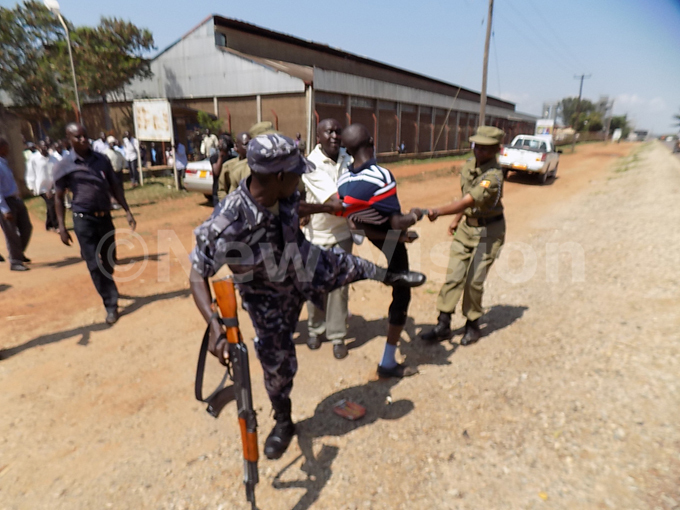 Police battling one of the youth that attempted tom disrupt BCU meeting. By PAUL WATALA

He said that petitions have flooded his office and commissioner in charge of cooperatives, adding that undermines the development, progress and strength of the union again.

The first petition aimed at disqualifying Busamaga grower's cooperative society with the target of blocking Nandala from participating in BCU affairs just two weeks in office.

While the second alleged that Nandala and management had falsified financial statements, financial mismanagement and misuse of delegated authority among other morel.

"I know all politics in unions and they operate like local government bylaws should be consistent like constitution. BCU can never die under my leadership," Gume said.

He said that union belongs to farmers and management is just workers, adding that farmers make abiding decisions.

Gume noted cooperatives will not operate basing on old bylaws and appealed to management and farmers to make sure that change according to circumstance in order to compete on international standards.

"Passed are passed and nothing will change. What to do is to learn from the past and do not kill your new baby. Some of you claim government killed cooperatives no it was circumstances," Gume added.

He said that members should note that one component of a strong cooperative is a set of its legal documents which include the bylaws which must be reviewed on regular basis to suit particular situation.

However meeting was held under tight security manned by antiriot police under command of district police commander Mbale, Frank Mugabi they suspected that some group of youth were planning to disrupt the meeting.

Others that were also sold include Namakwekwe estate in addition to leaving BCU with outstanding bills and debts of over sh1.7b. He warned those in court to make sure they have clean hands.

During meeting delegates approved over 15 new bylaws and dropping some of the old ones and this was done so that union is able to move on same passé with international standards.

Lead petitioner John Wamulugwa with his group confirmed being behind the accumulated petitions, adding that they were doing it to save the union but warned Nandala and farmers to stop attack him on media.

Principal Commissioner Cooperative's development in the ministry of trade, Joseph Kitandwe called upon the union members to stop fighting each other and put focus on reviving the union. 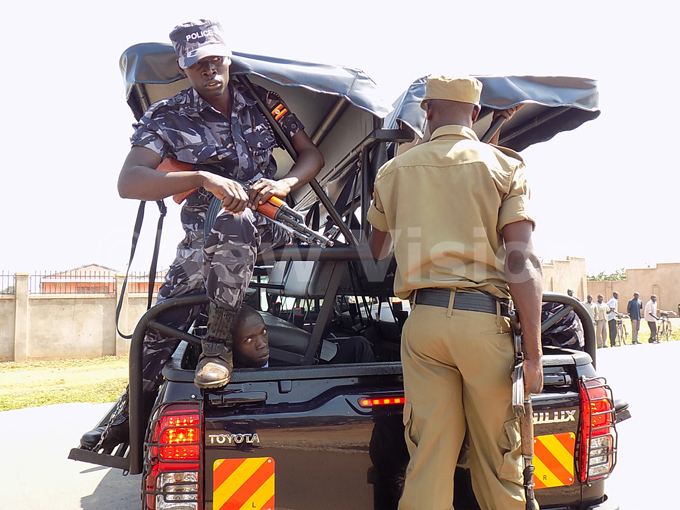 "If you are move cooperative forward focus should be based on international cooperative principals and values. Have good network, training of society members and need to audit your books and disclose the out come to safe guard against making loses," Kitandwe said.

He said that BCU bylaws had taken so long without being amended and had become so irrelevant, adding change of bylaws to match with parliament should be embraced.

He also advised the BCU management that focus of union should aim at improving wellbeing of   member's affairs because they are the owners.

However farmers appealed to government to allow them sell their coffee directly to international market, adding that middle men were cheating them hence loses.