MENU
Maintaining the Momentum: Building on Year One of the SDGs
Previous Story

Seizing the Moment to End Global Hunger
Next Story

Kick out kerosene and switch to the sun

Climate change is a complete road block towards accomplishing the SDGs.

Climate change is a complete road block towards accomplishing the SDGs.

On the eve of the G20 summit, the world was relieved to hear that United States and China - the biggest emitters of heat trapping gases - finally embraced the fight against global warming through their declaration to formally endorse the Paris climate accord.

"Where there's a will and a vision and where countries like China and the United States are prepared to show leadership and lead by example, it is possible for us to create a world that is more secure, prosperous and more free than the one that was left for us," said US President Barack Obama.

Therefore, if the above countries understand the implications of how their emissions from the over exploitation of coal, oil, gas are fatal to the planet-earth and all its life forms, of what relevance therefore is the fossil fuel industry to climate negotiations?

With the underlying knowledge that fossil fuels have no replenishing capacities; there is no right time other than NOW to switch to renewable energy sources if most industrialized nations who are predominantly responsible for emitting larger quantities of heat trapping gases, are seriously enthusiastic about keeping average global temperatures from rising above 1.5C degrees.

Climate change is a complete road block towards accomplishing the Sustainable Development Goals because the challenges which are political, social, economic and environmental have caused stagnant development.

In Africa, the challenges are further complicated by the continent's high poverty levels, water-related problems, over reliance on rain-fed agriculture, poor infrastructures and natural resource management. As predicted by experts, rainfall will increase in most eastern regions while the southern parts will become drier.

The government of Uganda stipulated the 2007 renewable energy policy to ensure that by 2017, 61 percent of Ugandans will have adopted renewable energy technologies as a substantial part of the national energy consumption. However, the impact can only be realized to a greater extent if industrialized countries, China inclusive implements similar practical SMART policies to reduce their emissions.

The effective implementation of climate change policies across individual nations is debatable if global average temperatures have recently increased to 1.38C, close to 1.5C limit decided in the historical Paris climate change agreement, according to scientists from NASA (National Aeronautics and Space Administration).

In developing countries, relying on agriculture today is not only a climate risk, but it widens the poverty gap for small holder farmers and diverse stakeholders. Farmers have less hope in growing crops due to their vulnerability to the climate. 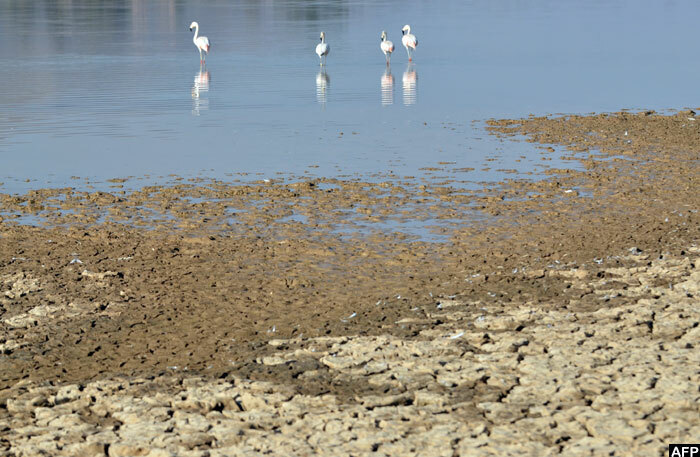 Crops are sensitive to drought, unpredictable heavy rainfall, pest and diseases. Prolonged droughts have impacted on the quality and level of production exposing crops to diverse pests. Since 1993, the coffee wilt disease for example caused by the coffee Borer has led to the loss of over 100 million coffee trees in Uganda, according to past records.

It is therefore difficult for farmers to know when to plant and harvest because varying weather patterns barely guarantee adequate sunshine whereas other regions experience erratic rains which destroys crops on a large scale. Increased soil run-offs, flood incidences in Kampala and Kasese districts are caused by erratic rains which have led to substantial food insecurities and low incomes.

What will the fossil fuel industry negotiate about the climate if countries that depend on their bio scarce resources have to bear the above climate change losses and developmental challenges?

Are world leaders still trapped in the policy documentation syndrome without clear effective long-term implementation strategies to combat for instance pest/diseases and other intricate webs of climate change impacts that have not only affected agriculture, but other sectors?

Over 300 people lost their lives to dreadful landslides which displaced 700 families in March 2010, across Bududa district in eastern Uganda. To this year, Kasese and Kampala surburbs still suffer from floods.

Do our policies ensure that community residents are no longer living in climate risk areas to prevent a similar occurrence in the future?

Climate change impacts have the capacity to spread across any continent or community, implying that a collaborative approach is significant in curtailing the emissions of heat trapping gases into the atmosphere.

Although the emissions of East African countries can hardly match high emissions of industrialized nations; in Uganda per se, there is a bold move to kick out kerosene and promote renewable energy by the Ministry of Energy and Mineral Development in collaboration with United Nations Development Programme, Global Environment Facility, GIZ-German Society for International Cooperation, and World Wildlife Fund among others. Biomass use is a priority to address the unsustainable consumption of fuel wood (charcoal) and conservation in grassroots communities.

Breast feeding mothers, youth and children in low income countries are suffering from the non-communicable diseases like cancer, respiratory diseases caused by inhaling kerosene used for reading, lighting houses and cooking. Globally 4.3 million deaths occur annually from Household Air Pollution (HAP) in poor countries according to the past World Health Organization report. Therefore, the only sustainable way forward is for these vulnerable groups of people to kick out kerosene-a fatal fossil fuel to gender and switch to clean renewable energy sources.

The fossil fuel industries are responsible for the far reaching implications of climate change, therefore including them in climate negotiations is an absolute conflict of interest.

The writer is a climate tracker

Court sets May 20 to deliver ruling on Museveni's twitter case