Pakasa Youth Awards winners off to South ...
Next Story

Guangzhou: a lifeline for many Ugandan traders

Hamza, a Ugandan trader based in Guangzhou says the city has opened doors for him and several Ugandan traders who regularly import merchandise for retail business in Kampala

Hamza, a Ugandan trader based in Guangzhou says the city has opened doors for him and several Ugandan traders who regularly import merchandise for retail business in Kampala

In Dengfeng, a suburb of China's southern city of Guangzhou, hardly a minute goes by before you spot a fellow African walking across the busy streets.

It is this part of China that has come to be known as ‘Little Africa,' a name derived from the large concentration of African migrants.

With about 400,000 Africans living there, Guangzhou hosts the largest African community in Asia, who are living off a thriving import-export trade.

Hamza, a Ugandan trader based in Guangzhou says the city has opened doors for him and several Ugandan traders who regularly import merchandise for retail business in Kampala.

"The prices for items here are relatively cheaper since there are numerous wholesale markets situated next to factories," he explains. 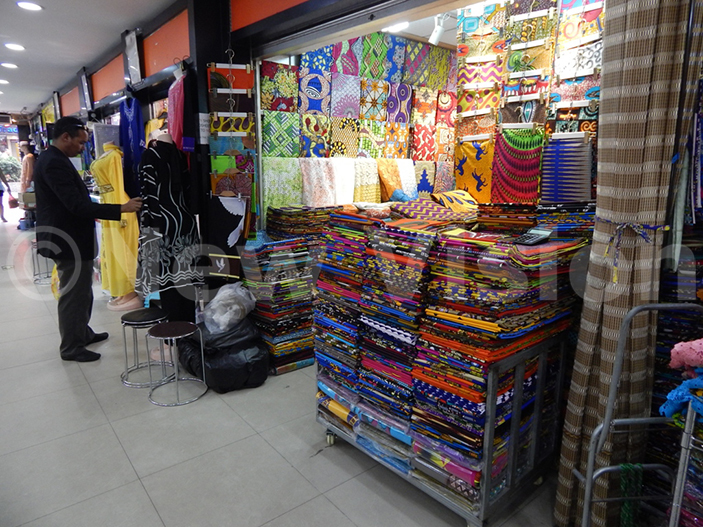 Hamza is unsure about the number of his Ugandan colleagues in Guangzhou but estimates there are thousands, most of them regular travelers scouting for business opportunities.

From shoes, kids and women's clothing or electronics, Little Africa is a scene of bustling trade, with hundreds of retail and wholesale shops spread across entire streets.

Guangzhou is the capital city of Guangdong Province, the most populous province with over 106 million people, and most economically prosperous with GDP reaching $1.2 trillion in 2015.

Beyond the economic dreams, the humid subtropical climate and openness of the native Chinese to foreigners have drawn more Africans to Guangzhou.

About 40% of Africans in China are living in Guangzhou, according to Luo Jun, the deputy director general of the foreign affairs office of Guangzhou

"They are helping to strengthen trade and ties between China and African countries," he stated during an interaction with visiting journalists.

"Chinese people here are friendly and easily accept foreigners and new ideas. These are the features that have made Guangdong prosperous," he explains.

Guangdong province was one of the pioneering bases for China's reform and opening up era initiated by Deng Xiaoping to attract foreign capital, investment and ideas for development.

It is also one of the most important historical and cultural events in China, including the Opium War, the 1911 Revolution against foreign occupation.

Authorities in Guangzhou set up a reception centre in Dengfeng to help foreign nationals to settle into Guangzhou through a process of orientation. Guangzhou's proximity to Hong Kong and Macao has placed her at the centre of global trade, benefitting from the Pearl River, the third longest in China that runs through Guangdong.

Guangzhou enjoys a long history of over 2,200 years and is the cradle of the Ancient Maritime Silk Road, a trade hub that cut through Asia, Europe, the Middle East and parts of Africa.

In 2015, the GDP of Guangzhou alone reached $291.3b, about 12 times the size of Uganda's economy. Twice a year since 1957, Guangzhou hosts the hugely popular Canton Fair.

The city has development cooperation with 59 cities in 43 countries through twinning programme. At least 53 countries, including Uganda, have been established consulates there.

Shadow of Saddam lives on in Iraq