King Oyo’s 21st anniversary clocked at a time when the Babito royal clan is still mourning the death of Prince Jimmy Mugenyi.

King Oyo’s 21st anniversary clocked at a time when the Babito royal clan is still mourning the death of Prince Jimmy Mugenyi.

PIC: The royal spear being presented before the king for blessing during the launch of Empango celebrations on Friday. Photos by Rogers Sunday and Geoffrey Mutegeki 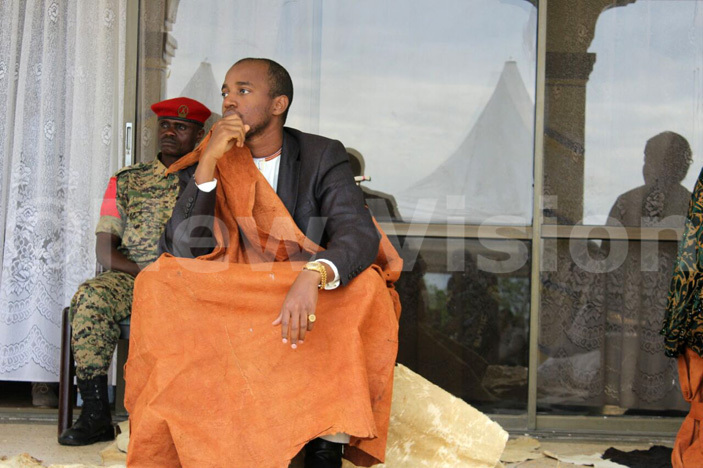 Traditional rituals that among others include presentation and blessing the royal regalia by the King have already been performed at the king's palace at Karuzika in Fort Portal, Kabarole district. 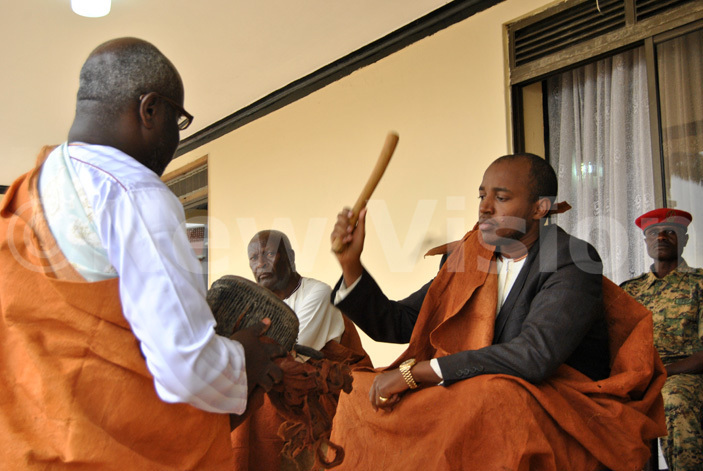 The king also sounded the royal drum nine times to the tune of Amakondere as his subjects jumped high in celebration.

The ceremony was concluded by the milking the king's cow after which milk will be served to him during dinner. 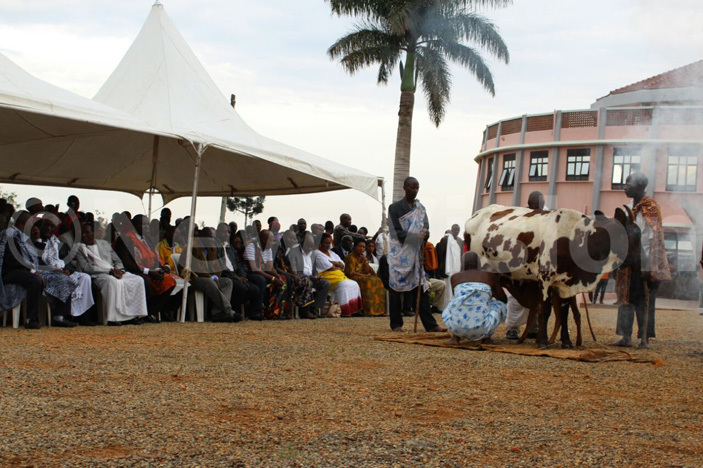 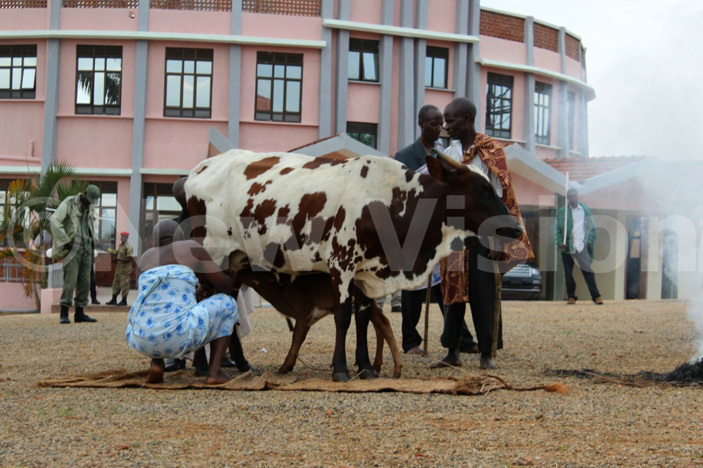 King Oyo's 21st anniversary clocked at a time when the Babito royal clan is still mourning the death of Prince Jimmy Mugenyi.

Mugenyi who was laid to rest on Thursday was a brother to fallen king George Olimi Kaboyo the father to King Oyo.

The late Mugenyi was the second in line to the succession of the king's throne. 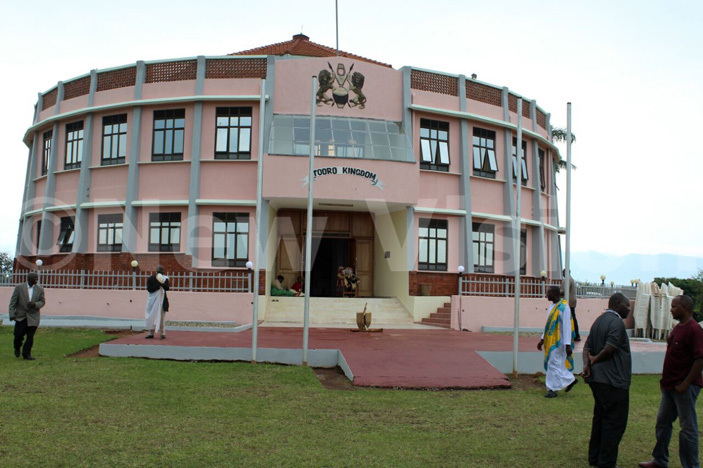 Earlier, there were fears that king Oyo would call off this year's Empango celebration since the royal family is mourning. However it has not been the case. 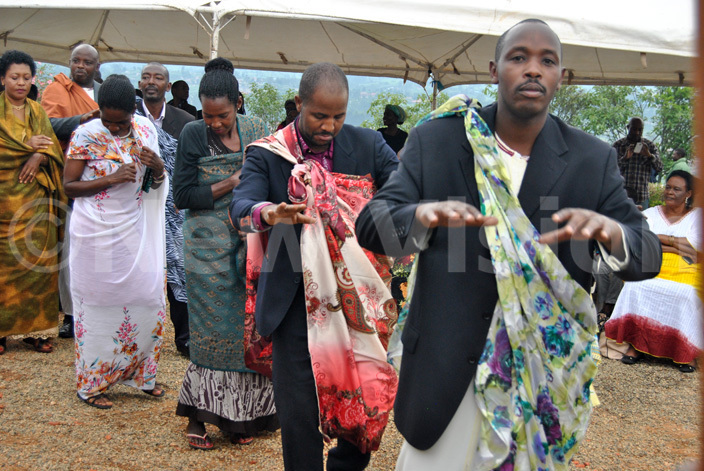 Charles Kamurasi, the head of the Babito royal clan told the New Vision that the late Prince Jimmy Mugenyi died at a time when arrangements for the Empango celebrations were already in full gear.

"The kingdom parliament had already pronounced itself on Empango and more still it's the king who has the powers to call off the Empango celebrations because he is the supreme ruler of Toro. If he does not, all celebrations and rituals must be performed" Kamurasi said. 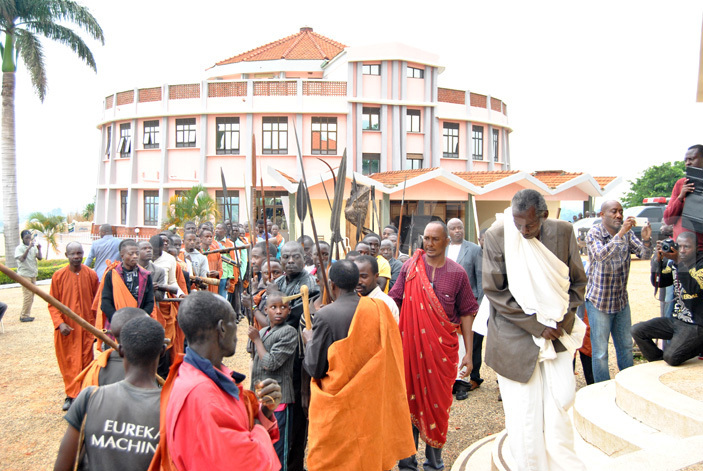 Kamurasi also dismissed claims that some of the traditional rituals won't be performed.

Unlike before, not many members of the Babito royal family were present during the launch of the Empango celebrations this afternoon. 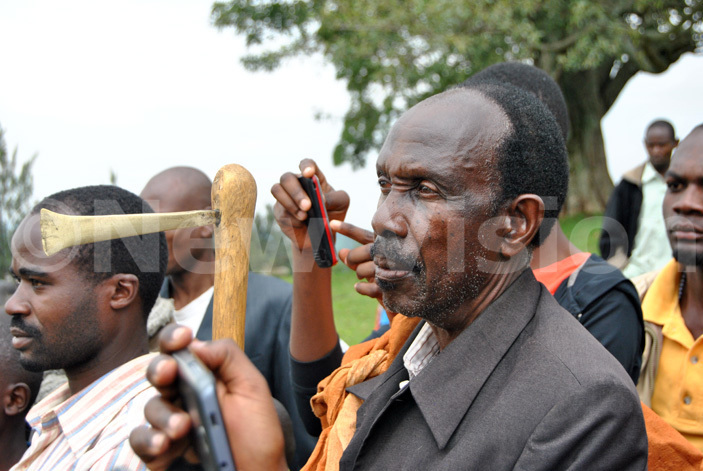 Some of the regalia at the Empango 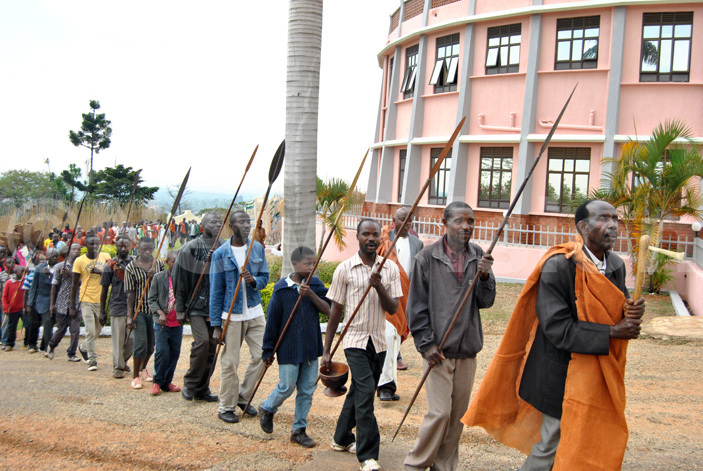 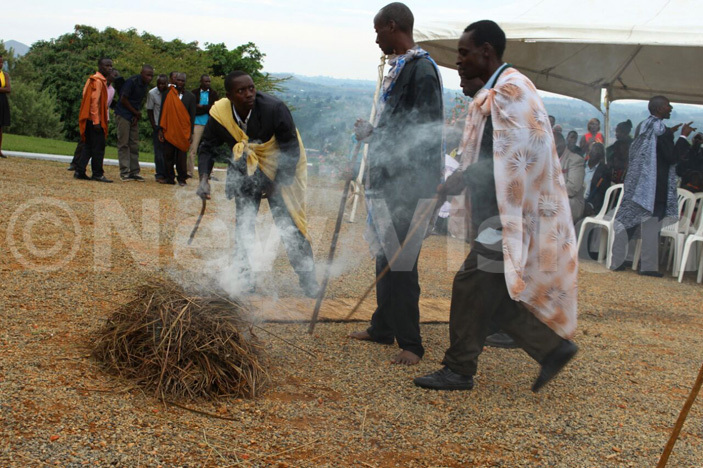 You can seal the property deal without an agent

House for sale in Indonesia - with free wife