Akello also confirmed to New Vision that 11 of the 14 victims who were admitted have been discharged from Lacor hospital.

Akello also confirmed to New Vision that 11 of the 14 victims who were admitted have been discharged from Lacor hospital.

Kwek Ateb,a 5-year-old Sudanese national who was admitted to Lacor along 13 others after the Nimule bus accident has died. According to reports from Lacor hospital, Kwek from Magwi County in Eastern Equatorial State who had been under intensive care from admission till his death, died on Tuesday morning from multiple organ failure and multiple fractures from the accident.

Although Kwek's father, Ateb Kwek had earlier on said his son would not be shifted to the next hospital even when the his condition worsened, Hellen Joyce Akello a nursing officer at the hospital said the kid's condition was technical.

Akello also confirmed to New Vision that 11 of the 14 victims who were admitted have been discharged from Lacor hospital."By Monday, most of them had shown significant improvement while others demanded referral to medical facilities closer to their homes. But now we have only one victim, John Kabenge who sustained a ruptured spleen and multiple fractures had remained at the facility," Akello said. 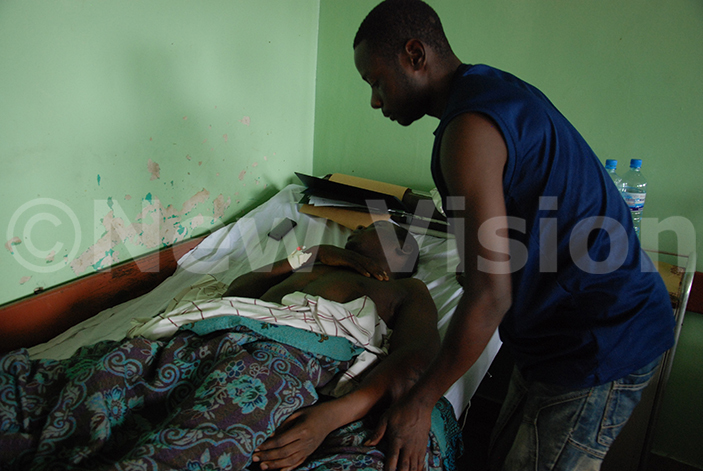 Kabenge whose spleen was successfully removed, is set to undergo corrective surgeries in his left elbow and right thigh next Monday, "these procedures could have been done earlier only that our x-ray machine broke down and we could not ascertain the extent of the fractures.

"When New Vision visited Lacor hospital on Wednesday, Kabenge's fractures had not been operated and learnt that by Tuesday, Kule Masei, Sekaga Amos, Benard Acaye and 7 others had been discharged while Harriet Machura, Salim Wavamuno and Peter Lataya had been referred to Mulago, Nsambya and Rubaga hospitals respectively.

Hassan Kasirye, Kabenge's attendant and brother said he  felt a lot of pain in the leg and the arm. Although Ateb's death now pushes the accident death toll to 15. An administrative officer at Gateway bus company offices in Kampala told New Vision that the wreckage of the buses were still in South Sudan.

"The wreckage is now out of the accident scene  in South Sudan. I am not sure how soon they will be brought back because we are still negotiating with South Sudan government on way forward," he said.