Eid al-Adha in pictures
Next Story

With GDP volumes exceeding $1.2 trillion for two consecutive years, its economy is roughly 48 times that of Uganda

With GDP volumes exceeding $1.2 trillion for two consecutive years, its economy is roughly 48 times that of Uganda

Uganda is one of seven African countries that have signed cooperation agreements with China's southern province of Guangdong to boost investment on the continent.

The countries will benefit from Guangdong's development experience and investment in agriculture and agribusiness, manufacturing, renewable energy, skills training, trade and tourism.

Guangdong is not only China's most populous region with over 106 million inhabitants but also the country's most economically prosperous region.

With GDP volumes exceeding $1.2 trillion for two consecutive years, its economy is roughly 48 times that of Uganda (about $25b).

As a major player accounting for one third of all trade between China and Africa, the province played host to this year's 2nd Investing in Africa Forum in Guangzhou City.

The annual forum started in 2015 as a global platform for multilateral cooperation between China and Africa to share experience and promote opportunities to increase investment in Africa.

First held in Addis Ababa, Ethiopia, the meeting was first initiated by China Development Bank (CDB), endorsed by the Chinese Government and supported by the World Bank.

At the forum, Chinese firms and African leaders from 38 countries signed investment agreements worth $2.5b, Zhang Aijun, the deputy secretary general of Guangdong disclosed.

"We have identified priorities for investment in Africa and the framework for investment is clearer," Zhang announced at a press briefing shortly after the closure of the two-day meet.

Chinese investments in Africa are expanding as trade and diplomatic ties grow. Over the last six months, China has signed agreements for new investments and loans worth over $50b.

In December 2015, during the Forum on China-Africa Cooperation (FOCAC) summit held in Johannesburg, Chinese President Xi Jinping announced a $60b fund for Africa's industrialisation.

Along with the new fund was the elevation of China-Africa ties to a comprehensive strategic partnership with 10 core areas of cooperation including infrastructure, health and education.

Liang Huijiang, the China Development Bank's director general (international finance) said the bank's fund for SMEs in Africa was doubled from $5b to $10b and loans raised from $1b to $6b. 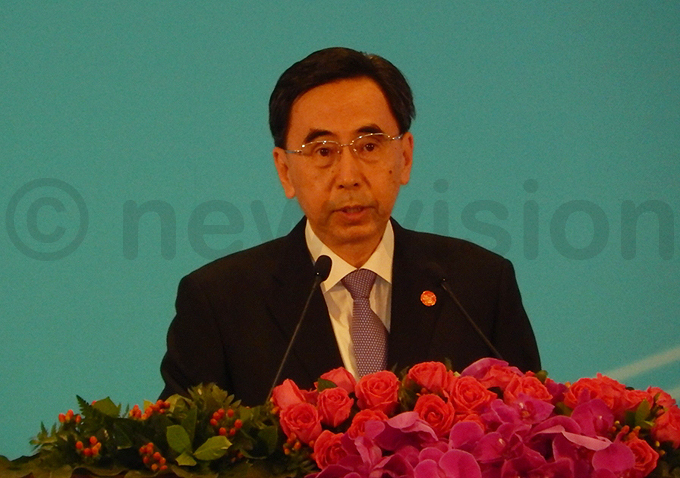 Zhu Xiaodan the Guangdong Province governor says enterprises in the province have been encouraged to go global and invest in Africa. Photo by Taddeo Bwambale

"Africa is open for business with China in a good way. I encourage Chinese business persons to explore opportunities in Africa and closely look at Africa for investment," he said.

South Africa will be home to the single largest Chinese investment in Africa, an $800m automotive plant by BAIC, one of China's top automakers.

At the two-day forum, an ‘Investing in Africa Think Tank' was formally launched to generate regular research on investments in Africa.

EU to step up security involvement in Somalia