There is an acute scarcity of blood countrywide, including at the country's main referral hospital at Mulago.

People donating blood in a mass exercise in Mayuge where over 2,000 units were collected. Photo Mike Musisi-Musoke

There is an acute scarcity of blood countrywide, including at the country's main referral hospital at Mulago.

Medical personnel selling blood to patients in hospitals have been warned that they face arrest in addition to losing their practicing certificates.

The Busoga region officer in-charge of blood collection Paul Lorenzo Kaggwa who made the warning on Friday, said the Uganda Red Cross is going to issue a toll free telephone number for patients, their care takers or relatives to call and report the errant medical personnel.

"This practice is rampant in Busoga region and I advise victims to record particulars of those asking them for money, wait for patients to get well and then report, for you never know they may decide to kill the patient in a bid to destroy evidence if caught", Kaggwa advised.

He was speaking to New Vision during a mass blood donation session organized by Mayuge Sugar Industries Limited (MSIL), during which over 2,000 units were collected in what he said is the biggest collection made at any one donation in East and Central Africa.

Kaggwa however advised donors not to lose heart but to continue donating with a promise to stamp out the malpractice.

He noted that there is an acute scarcity of blood countrywide, including at the country's main referral hospital at Mulago, adding however that Busoga Region is on record as the best donor region, adding that it will soon get its own bank.

He said, "I am appealing to donors to continue donating, because we shall soon get our own blood bank, and be in position to screen and distribute it to units, which will make it easier for us to monitor how it is distributed to patients". 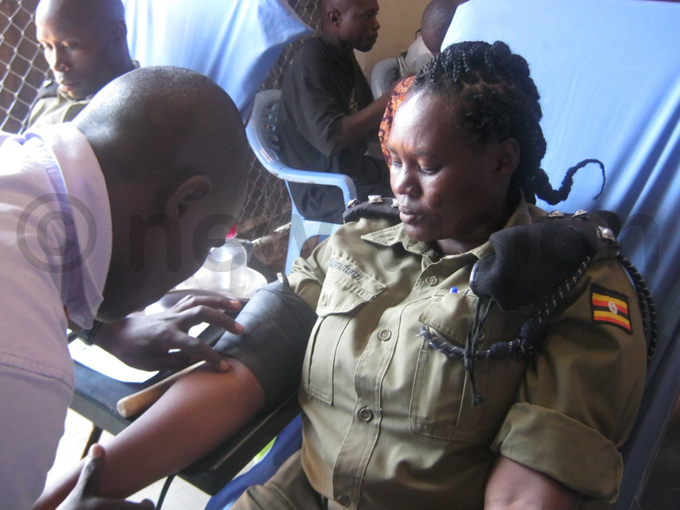 The officer in-charge of Mayuge police station Dianah Namukinzi who also donated blood, said absence of blood in health units is itself a security issue, and appealed to security personnel to always participate when such sessions come to their areas.

"Security is not only about fighting crime but involves participating in ventures geared at saving lives because after all, we are here to serve and protect Ugandans with their property and lives", Namulinzi said.

And MSIL Chief Executive Officer Ankit Malpani said their action which has been held consecutively for four years includes free eye care services, screening and treatment for hernia and other health problems.

Volunteerism will give us enough blood - Byabazaire