Pros hunt for more cash at Chairman's cup in Entebbe

Kiryowa Kiwanuka is among those playing in the Chairman's cup golf tournament. PHOTO: Michael Nsubuga

Ugandan professional golfers who failed to make the cut at the recently ended Tusker Malt Lager Uganda Open get another chance to make amends when they compete in the 8th edition of the annual Marsh Entebbe Club Chairmans Cup on Saturday.

Entebbe golfers George Olayo, Peter Ssendawula, Robert Oluba and Henry Lujja did not have a share on the sh110m in the Uganda Open and will be itching to cash in with this opportunity.

But they are not alone as Ronnie Bukenya, Brian Toolit, Ian Odokonyero, Brian Mwesigwa, Lawrence Muhenda, Amos Kamya, Happy Robert and Abbey Bagalana are all eager to erase their Uganda Open blues by at least taking a portion of the prize money.

But that is not to say the likes of Saidi Mawa, Vincent Byamukama, Deo Akope, Fred Wanzala, Herman Mutaawe and Phillip Kasozi who made some money at the open will just give in, as they are also drawn for the action that tees off at 7am. 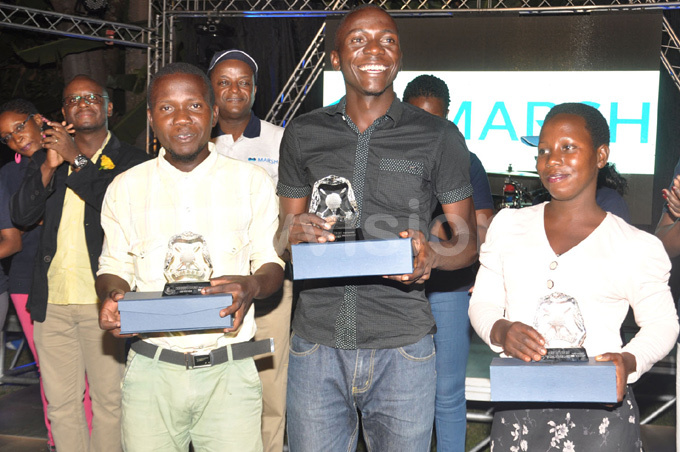 Thirty professionals and over 130 amateur golfers led by defending champion Ibrahim Bagalana are all in action in a strong field of golfers from different clubs.

Professional golfer Fred Wazala, Allan Muhereza, Fred Kasumba, Geoffrey Orach and Regina Namata who were the top performers last year are all back alongside junior golfers like Edrine Okwong, Joel Basalaine and Deco Mutebi , in pursuit of more honours.

Apart from golf, the event will have Entebbe Club members feature in other games like lawn tennis, darts, snooker and board games.

Should you have a say about your childâ€™s spouse?

Haunted by the past: How much personal data should you disclose to your spouse?