Cricket giants Mwiri knocked out of Pepsi ...
Next Story

Uganda gets off to flying start at Baku Chess Olympiad

After many trials and snares, the Ugandan contingent to the 2016 Chess Olympiad has arrived in the host city of Baku in Azerbaijan.

Uganda's male and female teams were off to a flying start by winning against Maldives and Honduras respectively in the fourth round of the World Chess Olympiad played on Monday.

A last minute offer of 2 fully paid tickets, valued at about $2,150 each, from the National Council of Sports (NCS) who guaranteed payment for a further 7 tickets aboard an Emirates flight  saw the team make it to Baku at 5:35am on Monday morning.  Three days behind schedule.

On board three, the only untitled Ugandan lady, Joyce Kabengano who is making her Olympiad debut also did well to force a draw against Honduras' WCM Fernandes Alacha Graciela (1528). 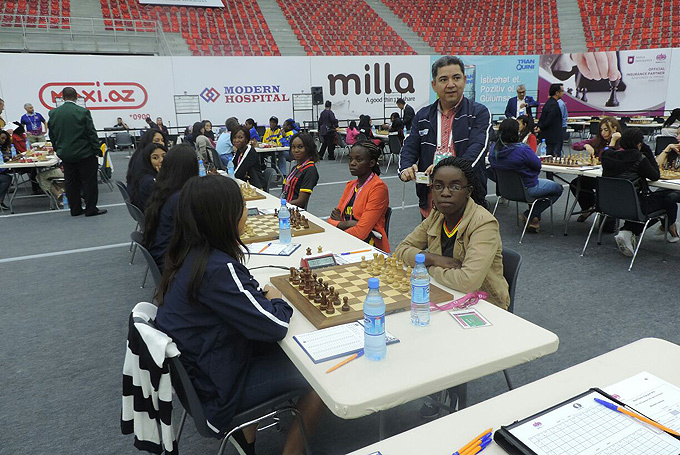 Uganda's ladies team followed up their exploits in the fourth round with yet another comprehensive routing of Tunisia 3.5 - 0.5 in the fifth round played on Tuesday 6 September 2016.

This earned them a more mercurial task in a date against United Arab Emirates, ranked 13 places higher, in the sixth round. The male team also continued with a winning streak by beating Mauritius 2.5-1.5 in the fifth round.

They will now be up against a more fancied Myanmar side, which boasts of a 2407 rated International Master (IM) on board one in the next round.

In the Uganda-Tunisia game, WFM Grace Kigeni outwitted WFM Baktach Nasrine (1637) on board one as WFM Goretti Angolikin drew with WIM Meddeb Chadha (1585) on board two. On board three, Joyce Kabengano impressively dispatched WCM Ben Said Safa (1563) as WCM Phiona Mutesi completed the rout by beating fellow WCM Miladi Amen (1491) on board four.

"All the players were in the groove and itching for action after missing the first three rounds," a statement from the UCF said.

The Uganda Chess Federation (UCF) is represented by officials; Robert Katende and Stephen Kisuze - a FIDE arbiter at the tournament, who handled the team's settling in modalities including timely accreditation and ensuring that the team was paired in the fourth round inspite of missing the first three.

The tournament is being played in a Swiss system format. In a Swiss tournament, each competitor (team or individual) does not play every other. The winner is the competitor with the highest aggregate points earned in all rounds.

The time control for every single game is 90 minutes per 40 moves, with addition of 30 seconds per move and 30 minutes after the 40th move. It is allowed once again for a player to offer a draw at any time during the game.

The strongest team of the tournament are Russia with an average rating of 2760; the United States has the second strongest team with three top ten players, Fabiano Caruana, Hikaru Nakamura and Wesley So, along with Ray Robson and Samuel Shankland.

Among the players who are playing in the open section are the World Champion and highest rated player in the world, Norway's Magnus Carlsen, the challenger in the World Chess Championship 2016 Sergey Karjakin as well as the former World Champions Vladimir Kramnik and Veselin Topalov.

Also in attendance is Grandmaster Eugenio Torre who is in the line-up of the Philippines for the record twenty-third time, having played on nearly each Chess Olympiad since 1970.