Man who tried to commit suicide receives help
Next Story

The former minister of ethics and integrity, Miria Matembe, has lashed out at opposition leaders who have joined the ruling National Resistance Movement (NRM) party saying they have betrayed their stand of opposing government.

Without mentioning names Matembe pointed out that some staunch opposition leaders were so critical of the NRM government but to her surprise they have joined it.

"They have been shouting on top of their voices about bad governance but now they are the very ones that have joined to serve the government they were criticising. What sort of leaders are those?" Matembe asked drawing a thunderous applause.

The former minister was speaking during the opening of the 2nd Leadership Congress at Seroma Christian High School in Mukono district on Wednesday.

Christopher Kibazanga now a state minister of agriculture was formerly an FDC diehard.

She blamed the change of heart to moral decadence in society where people these days don't value ethical standards and value systems saying that society views it as what everybody is doing.

She appealed to the youth to join her in the struggle to build leaders of integrity.

"You can make a difference in Uganda today," she said.

Matembe attributed the high level of corruption to the moral decadence and break down of ethical standards in society.

She encouraged the students to be exemplary leaders of integrity.

She however, cautioned the youth to desist from corrupt tendencies in order to amass wealth for self-aggrandizement. 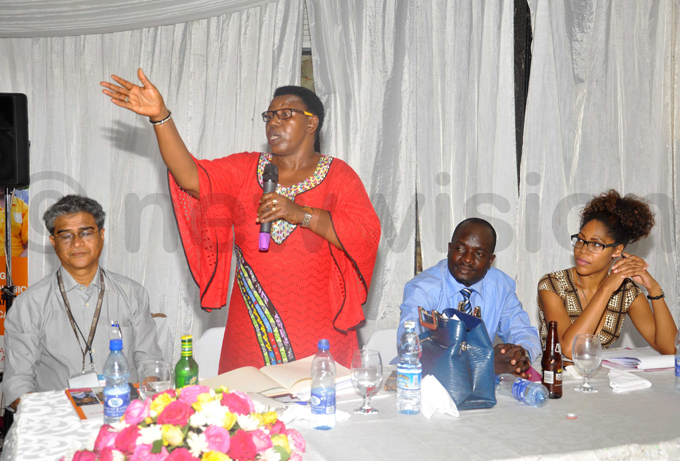 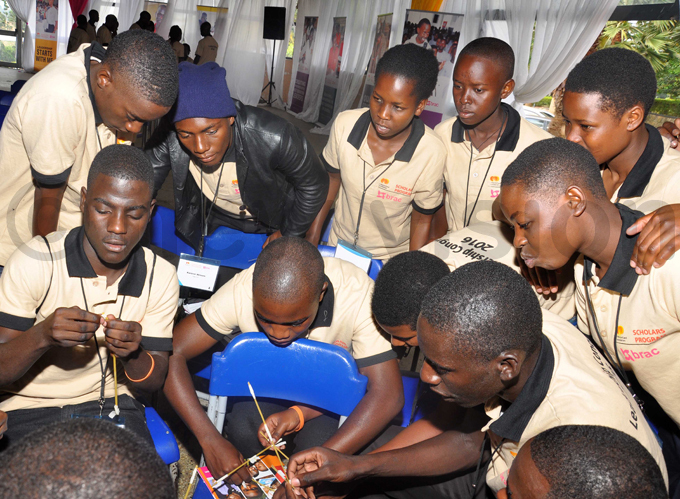 Students performing a practical exercise of constructing a tower during the opening of the leadership congress at Seroma Christian High School in Mukono district on Sept 7, 2016. Photo by Francis Emorut

"Why do you want to get rich quickly when you are not working hard?" she asked.

She implored students to look at leadership as a service above self and not a position of being a master.

"Leadership is a process of inspiring, motivating and influencing others to pursue a goal for the good of the community," she said.

Lyanzi said attributes students should strive to possess among them are learning to communicate effectively both oral and written, creativity and innovation, personal leadership, preserving environment, having open mind, and value system as well as team work.

"Leadership is action and not position. A good leader inspires others. He who can't be a follower can't be a good leader," Gitta said.

The leadership congress held under the theme:  "Nurturing Ethical Leaders for Sustainable Development" was organised by MasterCard Foundation in partnership with Brac Uganda.

Its objective is stirring the leadership potential in the young people.