100 teachers to be trained in Chinese lang...
Next Story

96-year-old prisoner insists he is innocent

The nonagenarian allegedly defiled a nine-year-old girl at Bugwagi village in Sironko district.

The nonagenarian allegedly defiled a nine-year-old girl at Bugwagi village in Sironko district.

Gathering the little energy left in his visibly feeble limbs, 96-year-old Canaan Waniala gingerly walked up to the front at the time when fellow prisoners at Malukhu Government Prison were presenting their petition to visiting Principal Judge, Yorokamu Bamwine.

The nonagenarian allegedly defiled a nine-year-old girl at Bugwagi village in Sironko district and has been behind bars for about a year. He was committed for trial on the charge of aggravated defilement in the High Court.

He was arrested in January after he quarreled with his neighbours over land. He thinks the defilement claim was just brought up to have him rot in jail. 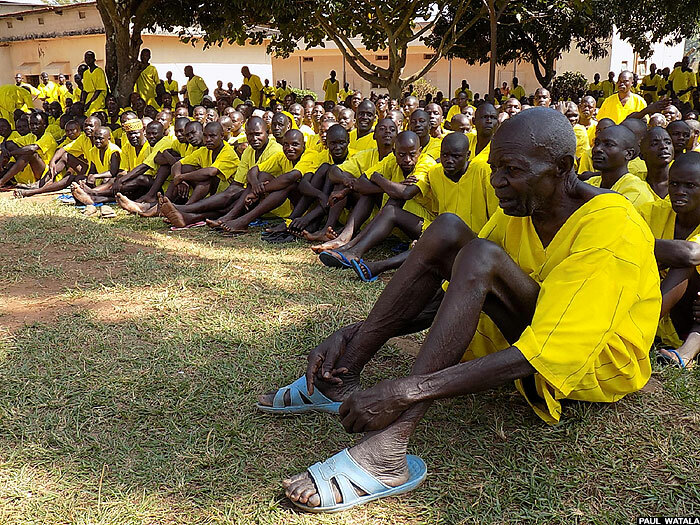 "I have two sons who are drunkards and I believe one must have given away my land to the neighbour to facilitate his drinking sprees," he said.

Currently, the prison has a total of 31 prisoners of advanced age. Thirteen face charges of aggravated defilement, 16 of murder, one of rape and another of aggravated robbery.

While presenting their petition before Justice Bamwine, Emmanuel Olari, the prisoners' representative, asked the judiciary to consider the plight of the elderly and tackle their cases first.

He was presenting the petition during the launch of the plea bargain session in Mbale district. A plea bargain refers to a practice where an accused person reaches an agreement with the prosecution to plead guilty to an offence and in return get a lesser sentence.

Asked to stand when their petition was being read, Waniala said all he wants is for his case to be heard before others because of his advanced age.

He has been committed to High Court for trial and it's the delay of his trial that he is protesting against. He did not register for a plea bargain because he believes he is innocent. 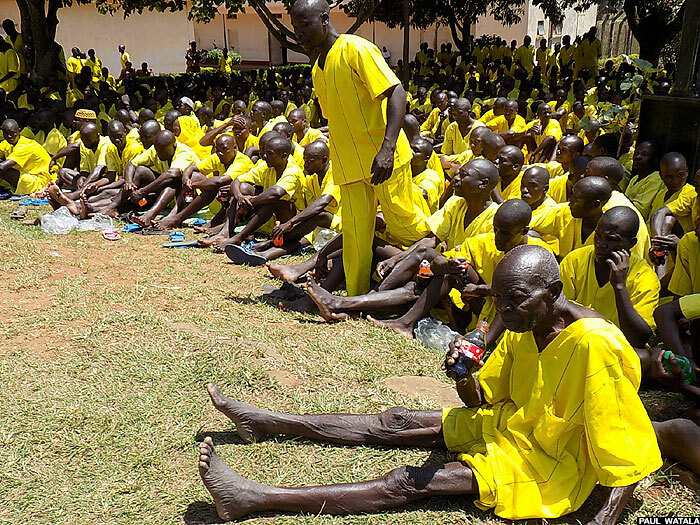 Meanwhile, Olari, who first lauded the programme for reducing congestion in the prisons and promoting reconciliation among parties, said that although the programme is well intentioned, there is still a need for mass sensitisation of the public through the different media outlets.

"Public awareness on plea bargains should be created because in most cases if one was detained for committing a grave offence and is released within a short period of time through the programme, the society becomes suspicious. They start to think that maybe the offender bribed his way out," he said.

Olari accused judicial officers of taking advantage of their plea of guilt to prefer harsher sentences on them instead of giving them a rehabilitation sentence as per the mandate of the programme. He also asked Yorokamu to help establish a resettlement scheme for prisoners so that they can easily reintegrate into communities and engage in productive ventures.

Malukhu Prison has 958 inmates though it was built with the capacity to hold only 376 prisoners. The officer in charge of the prison, Robert Bamutura, said that currently they have 708 on committal, 338 committed on capital charges and 544 on petty offences.

He said ever since the programme was introduced, the community has often time misinterpreted it and accuses them of coercing the prisoners to admit to the charges.

The Director of Public Prosecutions, (DPP) Mike Chibita, told the prisoners that although the major aim of the programme is to rehabilitate the prisoners, they should also be punished for the crimes.

"In the programme you are able to acknowledge the wrong you did and able to get forgiveness. But you cannot go free without being punished," he maintained.

Principal Judge Bamwine, in his address, preached the gospel of hope and reconciliation to the prisoner, stating that the major problem Ugandans have is refusal to own up to their crimes.

"God cannot give you what you cannot carry. He will not let you get tempted beyond your ability. If you confess your sins, God is just, He will forgive you."

He said that although telling the truth will help set one free, they will not go unpunished and warned them against allowing themselves to be coerced into confessing crimes they believe they did not commit.

Pamela Watuwa, the resident district commissioner, said although the programme is fast, convenient and cheap, it will work well if the public is educated about it.

The Government has so far recovered over sh1.6b through the programme.

Fate of Olympic torch relay in balance as virus worsens