Toro conference called off
Next Story

The driver of the truck was blamed for the crash.

The scene of the Monday morning accident. (Credit: Caleb Bahikaho)

The driver of the truck was blamed for the crash.

Four people were seriously injured in a Monday morning accident that occurred near a gas-filling station in Rukungiri town.

Two vehicles and a motorcycle were involved in the crash that happened opposite Rugarama Health Centre.

The officer in charge of traffic at Rukungiri police station, Irene Nanangwe said a Fuso truck laden with 700 pine timber failed to break and hit a commuter taxi carrying passengers.

The truck was from Kanungu destined for Rukungiri while the taxi was heading to Mbarara.

The driver of the truck was blamed for the accident, having failed to control his vehicle.

The injured were rushed to Nyakibale hospital and Rugarama health centre after the crash. 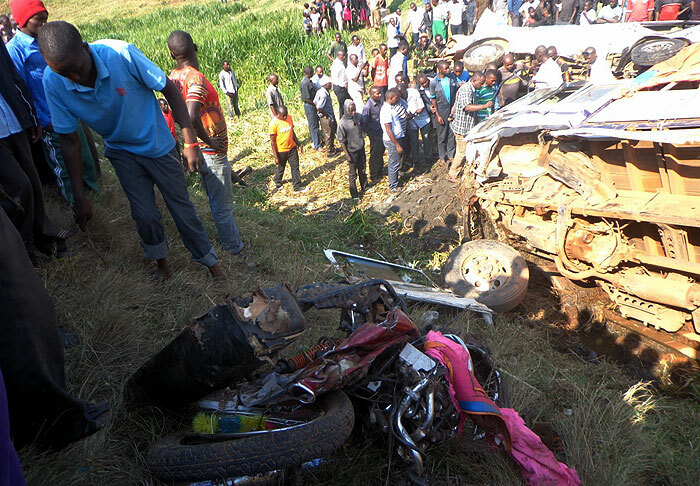 NOTU call for strike is not feasible