A nation waiting: 'It's today or never'

All that the Cranes have to do today is beat lightweights Comoros at Namboole.

All that the Cranes have to do today is beat lightweights Comoros at Namboole.

KAMPALA - This surely should be Uganda's moment to return to the Nations Cup.

Uganda has never had a better Nations Cup qualification opportunity than the one that concludes today. Everything is in place. Talk of team motivation, competence and even the venue.

All is in Uganda's favour. All that the Cranes have to do today (Sunday) is beat lightweights Comoros at Namboole and they will have a ticket to the final tournament of the 2017 Africa Cup of Nations in Gabon.

"True, this is our moment. We are going to make it," stated team captain Geoffrey Massa.

Massa's optimism is understandable. It has been 39 years since Uganda featured at Africa's soccer showpiece. What better gift for a country that has since that glorious 1978 outing had several heartbreaks. Uganda's list of near misses can be traced back to 1991.

With local soccer rivalry at its peak, SC Villa, which formed the bulk of the Cranes, boycotted the national team in protest of a one-year ban meted on the Jogoos captain Paul Hasule (RIP) by FUFA. 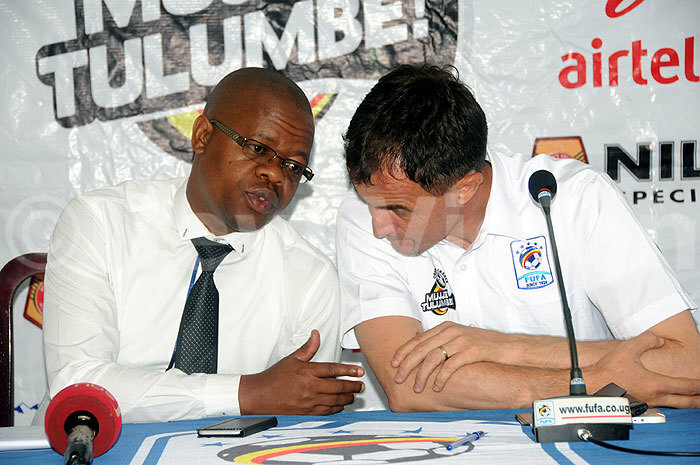 Cranes talisman Majid Musisi (RIP) is remembered for his "mugende mukafiiremu" as he blind-eyed the call for national duty.

Uganda as a result shared the spoils with a lowly Tanzania. A win would have had the Cranes qualifying for the 1992 AFCON finals in Senegal.

Then came the Adam Ssemugabi miss in 1993. Uganda had begun toasting to a place in the Tunisia ‘94 finals when the burly defender fired wide a penalty in the dying minutes against Nigeria at Nakivubo.

Led by superstitious left-back Abubaker Tabula, the hosts paid more attention to "juju" than actual football and ended up losing not only the match, but also a slot to the 2004 finals in Tunisia. 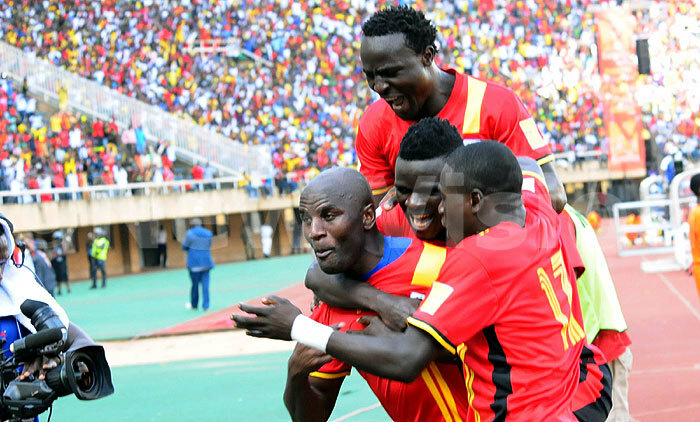 The qualification jinx persisted to the 2007 campaign. Motivated by a historic win over Nigeria at Namboole, Uganda could have qualified with a match to go.

The Cranes indeed outplayed Lesotho in the Setsoto National stadium in Maseru. Backed by a huge crowd of Ugandans based in Southern Africa, the Cranes had the hosts on the ropes.

But qualification again proved a nightmare. The match ended goal-less. A win in Maseru, followed by what was an assured three points in Namboole two months later against Niger, would have had Uganda edging Nigeria to a place in the Ghana 2008 tournament.

The following campaign was no different. All that Cranes needed was an away win in Niamey. Uganda indeed took the lead through David Obua before crumbling in the second half 3-1. Memories of 2011 are still even more vivid.

After a strong start, the Cranes could have again wound up the campaign with a match to go. Ugandan fans will be banking on players like Farouk Miya to stop a decades-long qualification jinx from stretching further. (Credit: Mpalanyi Ssentongo)

What was by all measures Uganda's most solid side in over a decade, could have indeed pulled off an away win. Even hosts Angola were intimidated by names like David Obua, Ibra Sekagya, Denis Onyango, Nestroy Kizito and Simeon Masaba.

But with the game goal-less at half-time, one of the senior players is reported to have led the team into a dressing room strike.

There was a demand for a $5000 per player cash payment to deliver a win. FUFA president Lawrence Mulindwa, ambushed by the demand, pleaded with the team to no avail. What followed was a 2-0 defeat in Luanda. All was however not lost.

There was another chance in the final match against Kenya at Namboole. Victory was more certain here. After all, hadn't Uganda turned Harambee Stars into a punching bag going into this game.

But as it turned out, Uganda again could not pull off a win even on its home turf.

Images of Mike Mutyaba coming face to face with a beaten goalkeeper and freezing, are still vivid. Qualification was yet again a far cry. The 2013 tournament was equally heartbreaking. Uganda is level on points (10) with Group D leaders Burkina Faso (pictured here against The Cranes at Namboole), who also play today at home against Botswana

Uganda's qualification was subjected to a penalty shoot-out with Zambia. This followed a 1-0 Namboole win over then champions Zambia, who had earlier also edged the Cranes by the same margin in Lusaka.

Team captain Andy Mwesigwa was off target before Patrick Ochan also missed. The story was no better a year later as Uganda was beaten at home by Togo before losing to Guinea in Morocco amidst talk of match fixing.

You only have to talk to any Cranes member to realize that the team has since learnt its lesson.

What better assurance do you need than a commitment from the two most experienced players on the team. This indeed should be Uganda's moment to return to the big stage.

Here is the fourth set of Design an Advert winners

Here is the fifth set of Design an Advert winners

Here is the third set of Design an Advert winners