PIC:Mother Teresa greeting people at the Missionaries of Charity For Destitute Children in New Delhi on May 15, 1997. AFP PHOTO / RAVEENDRAN

As the Vatican prepares to declare Mother Teresa a saint this Sunday, in the Indian city where she rose to fame, claims of medical negligence and financial mismanagement at her care homes threaten to cloud her legacy.

Yet criticisms of the soon-to-be Saint Teresa of Kolkata abound, with doctors and former volunteers recounting grim tales of poor sanitation, medical neglect and forced conversions of the dying.

Born Agnes Gonxha Bojaxhiu to Albanian parents in what is now Macedonia, her Missionaries of Charity homes for the dying earned her a Nobel Peace Prize and the sobriquet Saint of the Gutters. 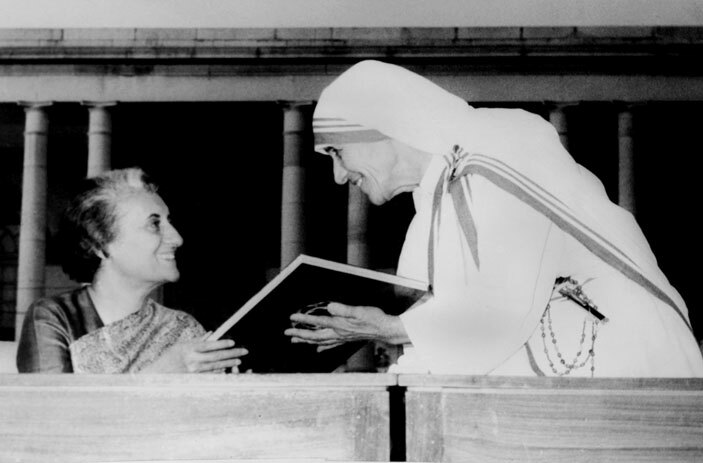 "We feel that Mother Teresa's elevation to sainthood would be a renewed thrust to (her) charitable works," Thomas D'Souza, the Archbishop of Kolkata, told AFP.

Like millions of Catholics worldwide, Gautam Lewis is excited to celebrate the canonisation of the woman he calls his "second mother", who rescued the orphan after he was struck with polio aged two.

"Mother Teresa used to carry me to church every Sunday and she personally supervised my treatment when I underwent surgeries and rehabilitation to get rid of polio," Lewis, now a pilot in London, told AFP.

"I remember feeling very safe and secure in her presence," said the 39-year-old, in Kolkata for celebrations of the nun.

Already considered a living saint by many, the humanitarian's path to canonisation was sealed after the Vatican last year recognised the second of the two required miracles, following her death.

A critically ill Bengali tribal woman and a Brazilian man suffering from multiple brain tumours both credited prayers to the deceased nun with saving their lives.

But Aroup Chatterjee, a British doctor born in the city formerly known as Calcutta, said that "her whole emphasis was propagation of her faith at any cost."

"To convert a dying, unconscious person is very, very low behaviour, very disgusting," the 58-year-old author of a controversial 2003 book on the nun said.

"Mother Teresa did that on an industrial basis."

One of Mother Teresa's most vocal critics, the late British-born author Christopher Hitchens, accused her of exacerbating the plight of the poor with her staunch opposition to contraception and abortion.

The famous atheist, who made a provocative film about the nun called Hell's Angel in 1994, said she denied basic care to patients out of a belief that suffering brought them closer to God. 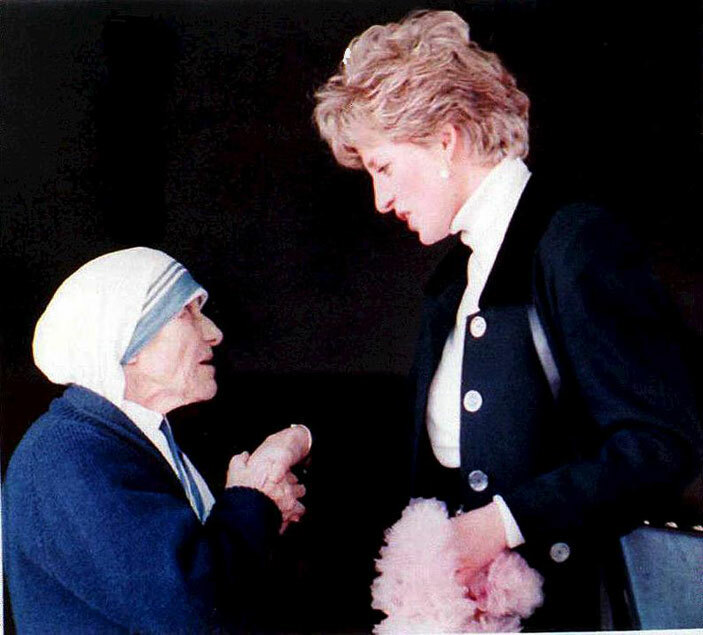 Mother Teresa (L) chatting with Diana, Princess of Wales, during a visit to a convent in Rome on February 19, 1992. AFP PHOTO / POOL / STR

"I think it is very beautiful for the poor to accept their lot, to share it with the passion of Christ," Hitchens quoted her as saying in 1981, in his book The Missionary Position.

Some former volunteers say her order glorifies pain and poverty and accuse it of delivering bare-bones care, despite receiving millions of dollars in donations.

Hemley Gonzalez, who started his own NGO in Kolkata as a response to the alleged deficiencies he witnessed when volunteering at Missionaries of Charity eight years ago, calls it "a modern-day cult".

Nuns washed needles with tap water before reusing them, he said, and scolded him for giving terminal patients haircuts because they were going to die anyway.

"Right under the eyes of everyone... they're getting away with medical negligence," Gonzalez said.

"The squat-style toilets were in a narrow room slick with water, urine and faeces... (many had) to crawl through the mess," she wrote in a 2014 article.

Missionaries of Charity has vastly expanded since Mother Teresa's death, and now has 758 centres in 139 countries staffed by more than 5,000 nuns.

Yet the order remains opaque, declining to publish its funding sources or accounts, a stance which has elicited suspicion over its management of allegedly vast sums.

In her lifetime Mother Teresa was criticised for accepting funds from corrupt financiers including former Haitian dictator Francois "Papa Doc" Duvalier and a California banker jailed for swindling investors.

The order, however, roundly rejects its detractors.

Sunita Kumar, a spokeswoman for Missionaries, refuted all the allegations as "rubbish".

"What business is it of anybody's what we do with the money? Why should we expose our own accounts to others? Mother Teresa's focus was not to build five-star hospitals, it was to provide for the poor," she said.

While she remains a polarising figure, the nuns carrying on her life's work in Kolkata believe the flow of donations and volunteers is proof of higher assent.

"Mother Teresa believed that it is God's work and God will take care of everything," Sister Mary Lysa told AFP.

"Until today, God has never failed us."