Stefan Andersen's 66 propelled him into the lead.

Fifteen Ugandan professionals led by Saidi Mawa are in the running for a share of the sh110m prize money after making the cut in the Tusker Malt Lager Uganda Professionals Open at Kitante on Thursday. 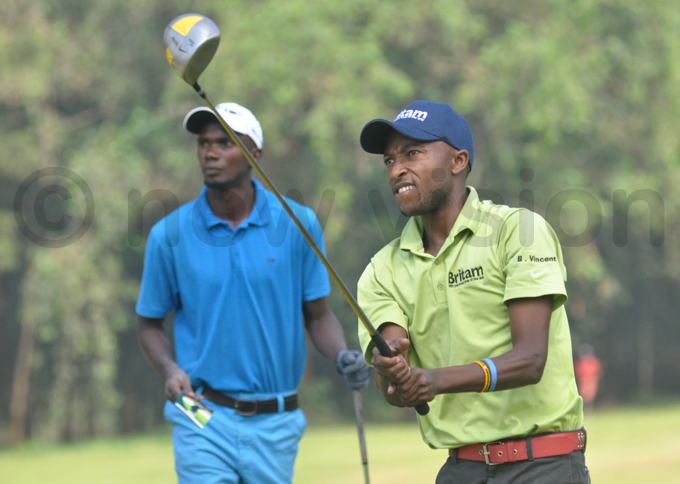 Vincent Byamukama watches the flight of his ball during the second round. Photo by Michael Nsubuga

Jinja Club's Mawa is still the top Ugandan in second place after playing level 72 on day two having played two-under par in the opening round.

Two amateur players who are also members of the Uganda Junior team; Joseph Cwinya-ai and Edrine Okong also made the cut after returning 148 and 151 gross over the two rounds.

But it was Sunshine Tour player Kenya's Stefan Andersen who played six-under-par 66, to claim the lead from day-one leader Simon Ngige, whose putting abandoned him on day two; for a six-over-par 78.

Kenya's Joseph Karanja came agonisingly close by a foot to sinking the hole in one. Photo by Michael Nsubuga 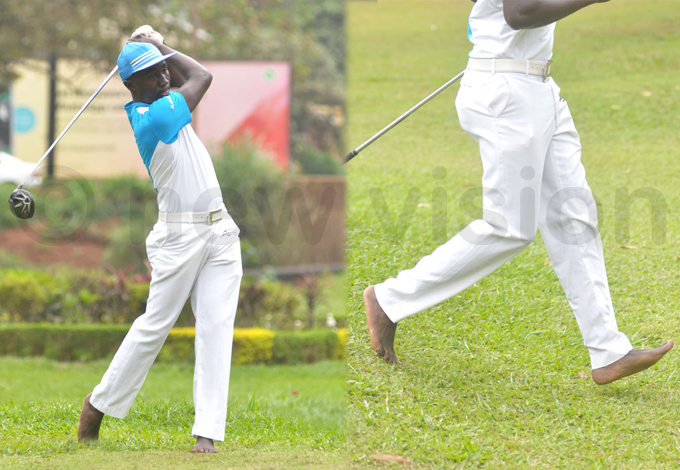 Muhumuza abandoned his shoes and returned a decent score but his first round 85 undid him, missing the cut. Photo by Michael Nsubuga

"I couldn't putt like yesterday, that's the nature of the game; when you play well you take it and vice versa. I now have to work on my putting before the next round," Ngige said.

Playing in their first Uganda Professionals Open Gerald Kabuye, Gideon Kagyenzi and Hussein Bagalana made the cut alongside Grace Ocici and Dickson Lagoro who missed out last year.

"I was testing to see whether I could match these guys, now I know I can even play better in the remaining two rounds after gauging myself with them," Kabuye said. Saidi Mawa lines up a putt. Photo by Michael Nsubuga Gideon Kagyenzi made the cut in his first Uganda Open pros tournament. Photo by Michael Nsubuga

"It feels good making the cut on my first attempt in such a competition. I was trying to be safe so tomorrows (Friday) plan is to keep the ball on the fairway and attack where necessary; but I need to putt better," Bagalana noted.

Playing with an injured foot, amateur Adolf Muhumuza who was eyeing making the cut to turn pro, had to play without his shoes on the day but still missed the cut despite returning one over par on day-two. 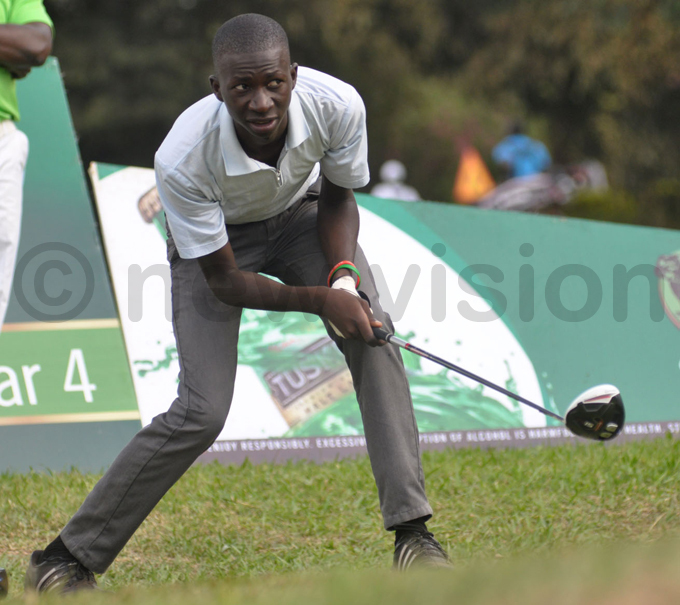 The hole in one prize of a sh202m brand new Chevrolet Trailblazer is still elusive though Phillip Kasozi and Kenya's Joseph Karanja have come close to sinking in the ball at hole No.11.

Kasozi's ball on day one hit the pin before skidding away while Karanja was a foot off on day-two.

Jinja Club's Brian Toolit consoled himself by winning the longest drive competition that was held after the day-two action on the 18th fairway; winning himself a HTC Desire 620G smart phone.