PIC: MPs in a heated argument at the workshop. Photo by Francis Emorut

KAMPALA - The Members of Parliament have clashed over the plight of fistula patients saying it should be given top priority in the August House.

"There is a tendency to support on the floor of Parliament issues which are not urgent like lifting the age limit yet fistula patients are suffering," Kasambya MP Gaffa Mbwatekamwa said.

The lawmaker pointed out that issues which affect people should be considered as the first priority rather than individuals. 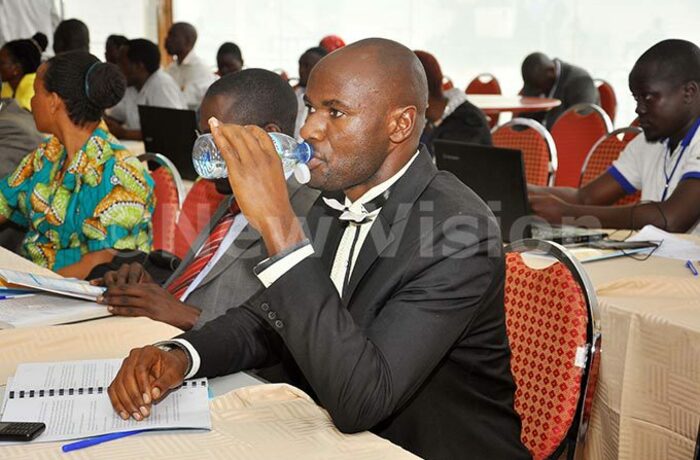 The Kasambya lawmaker was supported by Gulu Woman MP Betty Aol Ochan who said the way government spends the country's resources is not fair to Ugandans."Let's be serious as MPs to prioritize," Ochan said.

She cited the Abuja declaration which spells out that 15% of each country's national budget should be allocated to health care.

"State House is a government of its own. Why don't we have state house which caters for all Ugandans," she said drawing thunderous applause.

"It was a nice submission because health should be treated as a first priority," Dr. Kivunike said.

A senior consultant at Mulago hospital Dr. Justus Barageine had told the participants that fistula patients had been stranded at Kawempe hospital for five weeks as operations can't be performed due to lack of theatre space.

However the trio remarks angered Mitooma MP Jovah Kamateeka who advised her colleagues to stop politicking. Kamateeka went on the defensive saying the government has prioritized on the health sector citing the reproductive health budget which was increased from sh3b to sh6b in the previous financial year which was championed by President Yoweri Museveni. 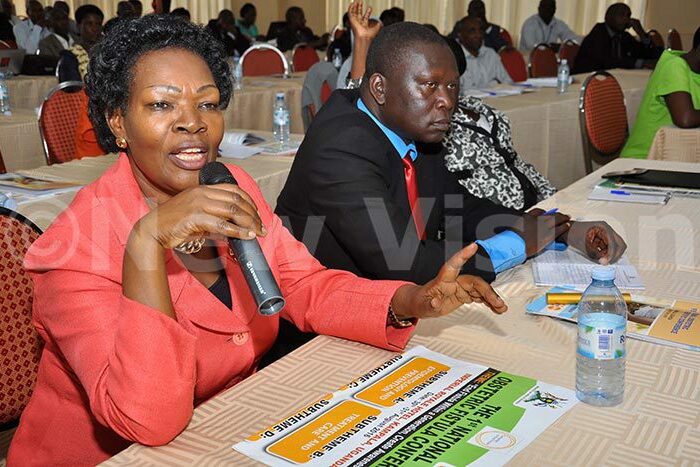 The legislator was booed as she defended the government. Kamateeka assured the health professionals that MPs are partners in improving health care in the country. The tough talking lawmaker lashed out at some medical workers who neglect their duties or squander resources saying MPs can't afford to keep quiet when things go wrong.

"There are cases where doctors have misappropriated drugs, when such things happen MPs have the right to do their oversight role," Kamateeka said.

"We do so in good faith so as to improve the services. Please do regard us as your partners."

The legislator emphasized that no woman should die giving birth.

She appealed to fellow MPs to speak in one voice when dealing with health issues and not according to party affiliations.