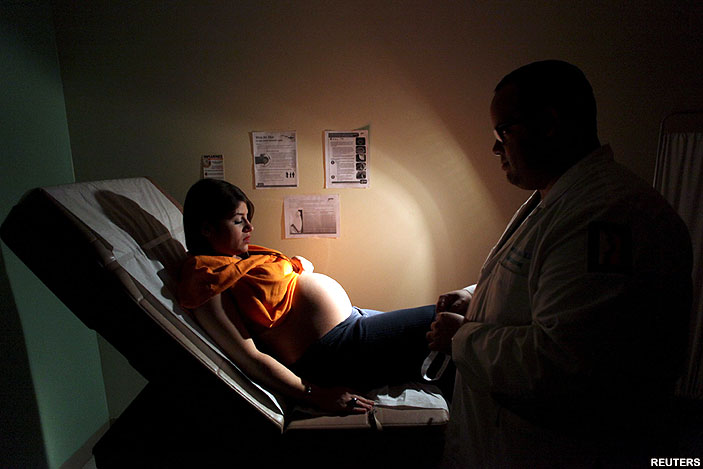 The medicine, Nicolsamide, was previously shown to be safe for pregnant women, which may boost its rapid deployment to treat Zika infection, they reported in the journal Nature Medicine.

"The findings should significantly advance current Zika virus research and have an immediate effect on the development of anti-Zika therapeutics," the team concluded.

Transmitted mainly by mosquitos but also through sexual transmission, Zika can cause crippling birth defects in the foetuses of infected women.

In adults, it can in rare cases lead to neurological problems such as Guillain-Barre syndrome.

To find medications that -- if found effective -- could be used quickly, the researchers scanned 6,000 compounds already approved by the US Food and Drug Administration or in clinical trials.

"In this sort of global health emergency, we don't have time to wait," said co-author Hongjun Song, a virologist at Johns Hopkins University.

The encouraging results have yet to be reproduced outside the laboratory, the scientists cautioned.

"There is no evidence yet that Nicolsamide is effective in the body," Song told AFP.

"Additional animal studies, and then human clinical trials, are necessary."

But the fact that the drug has proven safe in previous studies could drastically cut short that process, which often takes a decade or longer.

"This is a first step toward a therapeutic that can stop transmission of this disease," said senior author Hengli Tang, a professor at Florida State University.

The anti-tapeworm drug, in use for nearly half a century, could also be given to men and non-pregnant women exposed to the virus, both to reduce transmission and possibly to prevent other neurological problems caused by Zika.

The scan of 6,000 compounds turned up another class of drugs that prevented the virus from killing foetal brain cells, called neuroprogenitor cells.

One of these molecules currently in phase two (out of three) trials, called emricasan, protected the cells in a petri dish.

Emricasan is being vetted for treatment of hepatitis C, and has shown no adverse affects.

"Whether it is safe to use emricasan during pregnancy for Zika virus infection in humans will need to be evaluated in clinical trials," the study concluded.

The two kinds of drugs showed even greater benefits when used together, the study showed.

They also worked whether given before or after exposure to the virus.

In early March, the same research teams in Tallahassee and Baltimore collaborated to confirm what many experts had long suspected: Zika damages and kills nascent brain cells, causing a brain-wasting condition called microcephaly.

The virus has swept through Latin America, the Caribbean and beyond since 2015, prompting the World Health Organization (WHO) to declare an international public health emergency in February this year.

As of early August, 65 countries have reported mosquito-born transmission in the last 20 months.

On Saturday, President Barack Obama called on the US Congress to step up funding to combat the Zika virus, warning that delay is putting more Americans at risk.

More than 2,500 people in the United States have been diagnosed with Zika, along with more than 9,000 in Puerto Rico and other US territories, according to the Centers for Disease Control and Prevention.

Four out of five people who get Zika do not show any of the common symptoms, which may include fever, rashes, joint pain and red eyes.