Uganda given sh24b for HIV/TB
Next Story

'Mosquitoes can spread Zika to their eggs'

"Spraying affects adults, but it does not usually kill the immature forms -- the eggs and larvae."

"Spraying affects adults, but it does not usually kill the immature forms -- the eggs and larvae."

Female mosquitoes can transmit the Zika virus to their eggs and offspring, suggesting that efforts to kill adult mosquitoes will fall short, researchers say.

Researchers at the University of Texas Medical Branch in Galveston, Texas, wanted to see if female mosquitoes could pass the infection to their eggs, much the way they can if infected with dengue or yellow fever.

So in the laboratory, they injected mosquitoes with the Zika virus.

The mosquitoes were fed and within a week, they laid eggs. Researchers incubated the eggs and reared the hatched larvae.

Tests on the mosquitoes showed that one in 290 had Zika virus.

"The ratio may sound low, but when you consider the number of Aedes aegypti in a tropical urban community, it is likely high enough to allow some virus to persist, even when infected adult mosquitoes are killed," said study co-author Robert Tesh.

"Spraying affects adults, but it does not usually kill the immature forms -- the eggs and larvae," said Tesh, whose study appears in the American Journal of Tropical Medicine and Hygiene.

"Spraying will reduce transmission, but it may not eliminate the virus." 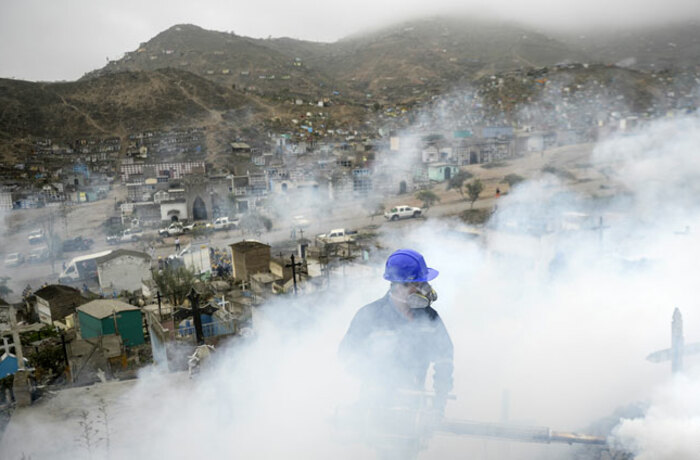 This "vertical transmission" from female mosquito to her eggs may help the virus survive even when conditions are poor, such as during the dry season in the tropics.

Next, researchers need to find out if such transmission occurs in nature the way it did in the lab.

"Finding infected larvae in an abandoned tire or water container would be evidence of vertical transmission," said Tesh.

The World Health Organization has declared Zika an international health emergency because it can cause birth defects, including the brain and skull malformation known as microcephaly.

Zika is primarily transmitted by the Aedes aegypti mosquitoes, and also by sexual contact.

Pregnant women and their partners are urged not to travel to some four dozen countries -— most of them in the Caribbean and Latin America -- where Zika virus is now active.

Florida also has reported 43 cases of local transmission of Zika in parts of Miami and Palm Beach County.

Am I suffering from a UTI or candidiasis?

What I am suffering from?

Antenatal: Regular check-up could save your life, your baby