The Masaka DPC, Moses Kakiryo confirmed. " We have the University Guild President Lumu and a few others,they are suspected of having been behind the riots," he sa

The Masaka DPC, Moses Kakiryo confirmed. " We have the University Guild President Lumu and a few others,they are suspected of having been behind the riots," he sa

The Masaka DPC, Moses  Kakiryo confirmed.  " We have the University Guild President Lumu and  a  few others,they are suspected of having been behind the riots," he said.

He said at least 10 students who were initially arrested have been released on police bond pending a thorough investigation into the incident. 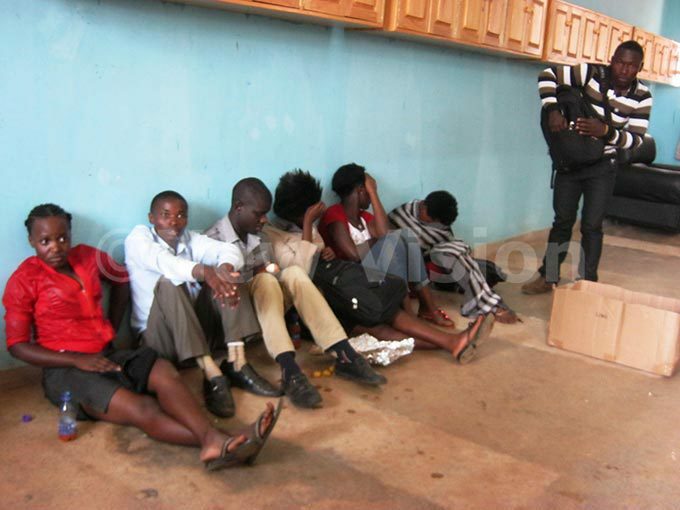 Over 30 university students stormed Masaka Central Police Station demanding for the release of their colleagues.  They said the students arrested were innocent.

"Let the university listen and address the students concerns for the situation to normalise," Lumu said.

However a police source told The New Vision that Justice Julie Ssebutinde asked police to take action against the students who vandalised the car of the University Vice Chancellor Prof Athur Sserwanga. 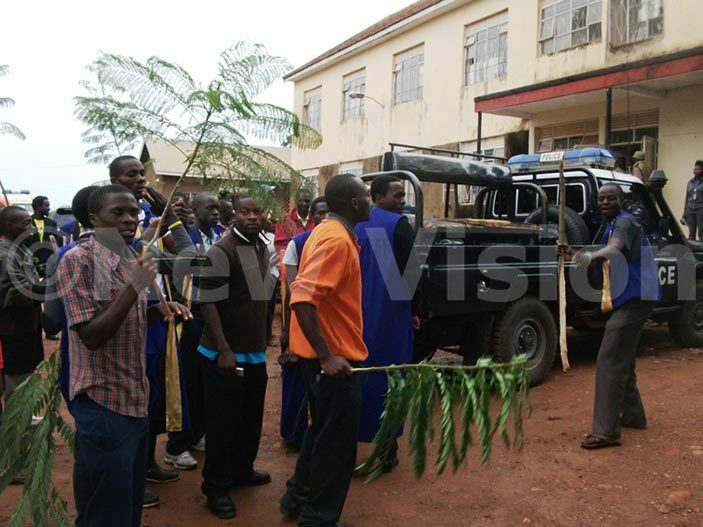 The students charged at Sserwanga complaining that he should account for the salary of 25m Shs he earns monthly by improving the University operations. They accused him of abandoning the University.

" Prof Sserwanga spends over one month without stepping foot at this University and everything has been messed up," the students said.

Last year over 200 students from Mutesa 1 Royal University in Masaka stormed Masaka Central Prison and forced them to intervene in the university crisis.

The students walked out of the University clad in their university gowns chanting Buganda Kingdom Anthem to the Police station.

The students criticized the University administration for mismanaging the university citing the department of engineering where the students lack practical materials.

The students raised concerns over the absenteeism and inefficient lecturers, leaking classes, dirty toilet facilities and the sluggish reaction towards their demands.

Anti riot police was forced to fire tear gas at Mutesa 1 Royal University main campus in Masaka to save the Chancellor, Justice Julie Ssebutinde and other top university management authorities from the rowdy students.

The charged students equipped with placards stormed the university board room where Justice Ssebutinde was chairing the university council meeting demanding for immediate resignation of the Vice Chancellor, Prof Athur Sserwanga.

Justice Ssebutinde escaped with the University authorities after the students started vandalizing their vehicle.  The students stoned and destroyed the screen of the Vehicle of the Vice Chancellor,Sserwanga, UAW-831D.

The University is still closed on police orders and the students were forced out of the campus.

Where Are The 9,000sq. Miles Of Land That Buganda Wants?