This project, which is being implemented at the farm has so far made a sh700m top up in the poverty reduction venture and attracted 108 initial farmers

This project, which is being implemented at the farm has so far made a sh700m top up in the poverty reduction venture and attracted 108 initial farmers

When in 2005 President Museveni invested sh6.5bn for importation of Savana hybrid bucks from South Africa, sceptics did not see the future.

However, the animals, whose main role was cross-breeding with local goats, became the main factor in increasing goat meat exports to the Middle East where it is on high demand.

And recently famers from Mubende and Ntungamo districts stormed Sembeguya Estates Farm at Kakinga village, Ntuusi sub-county in Sembabule district, requesting to be a part of the President's meat export project. 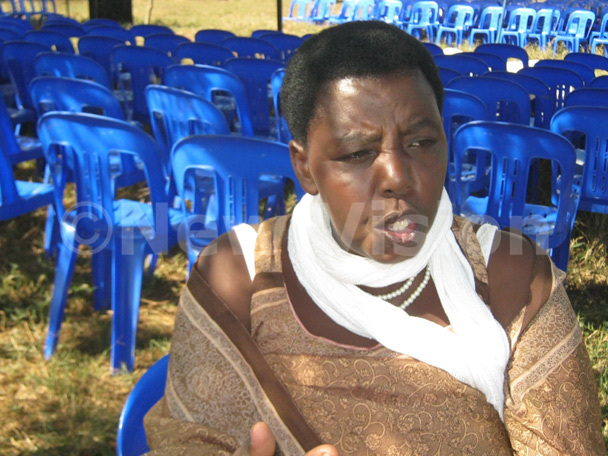 This project, which is being implemented at the farm has so far made a sh700m top up in the poverty reduction venture and attracted 108 initial farmers with enough pasture land to accommodate fifty goats, where each is given a buck for genetic improvement among their local goats.

To date, according to Paul Sembeguya the Director the Farm, the number of farmers has risen to over 160 and each beneficiary is expected to surrender 50 nannies to the project for rotational purposes, and keep the male offspring as their own.

During a project review workshop at the farm on Thursday, Steven Bandutsya and Rev. Enoc Kasirabo led the visiting farmers to be enrolled into the project.

In interviews with the New Vision, the two said they had got news of the success story of farmers in the cattle corridor who are involved in the presidential project, and got interested in joining it. 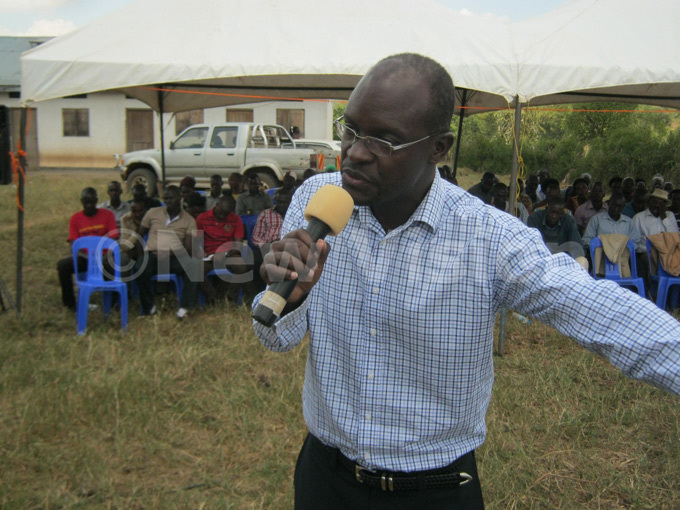 According to Kasirabo, the farmers have groups comprised of 100 farmers who he said have put in place the prerequisite arrangement for joining the campaign.

"We have the Mubende Livestock SACCO with 40 members, Ishaza Lya Kiyonga group with 30 members, and 30 individual farmers whose interests we have come to represent here", he said.

Addressing the farmers, the Commissioner for Animal Production in the Ministry of Agriculture, Animal Industry and Fisheries Dr. Juliet Sentumbwe expressed her satisfaction with the success registered since 2005.

Sentumbwe said that President Museveni had the Middle East market in mind because it has the best prices and highest demand in the world.

She however said that she was disappointed by people who harbour pessimistic ideologies and who attempted to block the project.

"Those who did not know what is happening at Sembeguya's farm were saying that goats can never be imported from abroad but here we are," Sentumbwe said.

Sentumbwe called on the beneficiaries to willingly surrender the first fifty nannies for other beneficiaries as agreed in the signed agreement to benefit from the project.

Janet Bahigirwa, a widow of Lwemiyaga, said that since the death of her husband, she has managed to educate her children, with two of them getting first and second degrees, paying tuition for their siblings, and constructing a house, while Ssalongo Muntu Namanya of Lugusuulu says he has mastered the skill of modern care for the goats including early detection and treatment of diseases.

Amon Mugisha of Lwemiyaga aged 32, says he has formalized arrangements for marrying, with an agreeable house and a farm to feed his family.

Asked how the project has managed to change people's attitude and welfare in a decade, Sembeguya said that genetic improvement, observing management and feeding rules and love for the animals is what has got them there.

"All talk of mind set changing as a requirement for success of the project is empty talk, and this is how I managed to convince the president to bring the project to my farm and commit his money in it in 2005", Sembeguya said.

Sembeguya said that another 54 bucks were last week imported into the country as an intervention to boost genetic improvement to counter in-breeding.

"If they is no care, after ten years there is a likelihood that the animals will have begun reproducing with their 'close relatives' thus leading to degeneration of the genetic improvement idea," he said..

China and UK companies based in Uganda agree to collaborate

How technology can help us fight coronavirus