FUFA says Cranes tickets won't be sold on ...
Next Story

Khalid flew out country destined for South Africa earlier this week to complete the move. 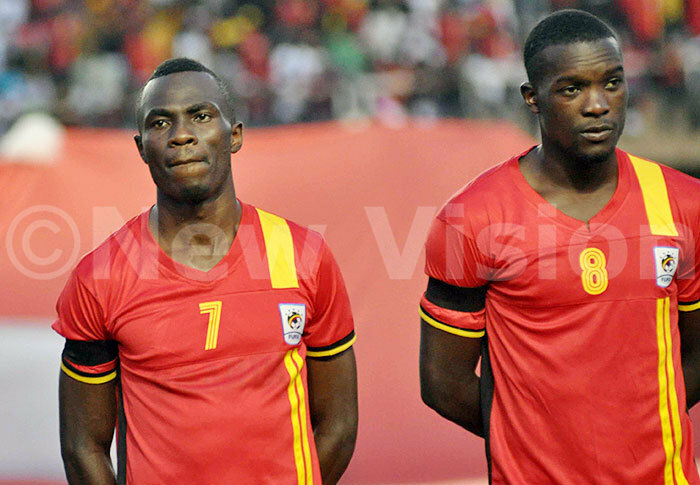 Aucho has featured regularly for the national side. Here is pictured here alongside Cranes teammate Emmanuel Okwi ahead of a game 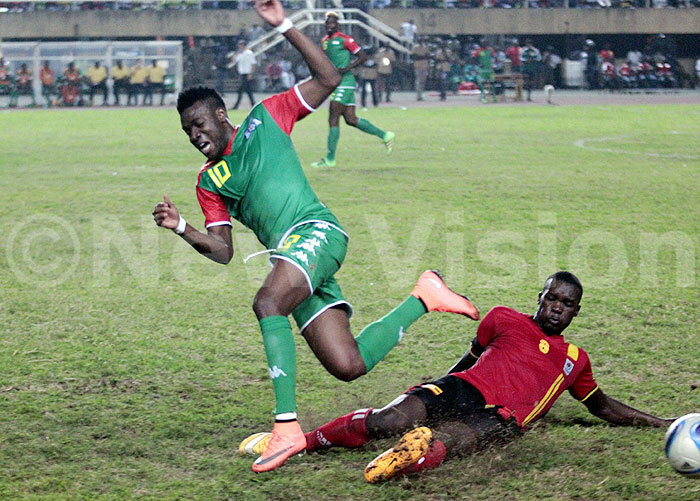 Aucho seen here vying for the ball against Patrick Malo of Burkina Faso during  an Africa Cup of Nations qualifier. (Credit: Samson Opus)

Baroka started life in top-tier football with a one-all draw against Ajax Cape Town on Tuesday in their season's opener.

The side has been busy in the market, having previously made 13 new signings ahead of the new campaign.

Meanwhile, Aucho has been summoned to the Uganda Cranes team to face Kenya (friendly) and Comoros (final AFCON Group D qualifier), and is expected back in Kampala alongside Massa for national duty.

Recent jihadist attacks around the world