I have a force to protect Kayihura, says Kitatta

"I am his friend and I can't stand anyone who dares to get in his way."

"I am his friend and I can't stand anyone who dares to get in his way."

Abdallah Kitatta (pictured above) is an ordinary man who is feared by the powerful, the rich and the police, both high and low! Yet he is just an NRM chairperson for Lubaga division and a patron of the Boda Boda 2010. He is said to have mobilised the gang which besieged court last week to protect IGP Gen Kale Kayihura from appearing at Makindye Chief Magistrates Court. Umaru Kashaka asked him where he gets all these powers

Who is Kitatta, who scares even the Police?

I failed to study but I knew I had to work hard to make a living. But now, I have gone back to school and I am in S. 4. I want to finish university and be able to communicate effectively with whites in my business and operate a computer. I won't tell you the school because my enemies, who are hell-bent on tarnishing my name, may follow me up. I also want to ensure that all my children complete school. I am a devout Muslim with two wives and children.

Are you a rich man?

Some people say I am rich. Yes but I don't get money from boda boda riders. I used to supply maize to Bulemezi Farm Enterprises Ltd in 2007 before it collapsed and would make a lot of money. When it collapsed I bought a maize milling machine which business I am still doing. I even export maize flour to South Sudan. I also have six taxi minibuses but I don't own any boda bodas because I don't want to have conflict of interest. But I rode a boda boda for about seven years in Mukono and Kasangati before I came to Nateete. I am the one who began Kevina boda boda stage in Busega. Otherwise I was born in 1978 in Kyampisi Sub-county, Mukono district to Hajji Muhamood Naggoba and Hasifah Nabukeera. Are you Gen Kayihura's aide?

How? I am not a policeman. I am his friend and I can't stand anyone who dares to get in his way. I have the capacity to save the Inspector General of Police and the entire Police force from any enemy. I am the one who made the youth love the Police and the government. Even if I died now, there are 1000 Kitattas who can save this government from collapsing.

Oh, we saw how you mobilized to stop Kayihura from appearing at Makindye Magistrates Court last week!

No! I wasn't even there. But I was with them (demonstrators) in spirit. My team knows what to do even when I am not around. Nobody mobilised them; they just abandoned their businesses in markets, abattoirs, taxi parks, etc. and went to court to show their discontent. They did this because of the good job the Police, led by the Inspector General of Police, Gen Kale Kayihura, is doing

But their actions attracted widespread condemnation

Why? If Kizza Besigye can have people following him whenever he goes to court; what not Kayihura? Is Besigye more powerful than Kayihura? Did they go to the wrong place to show their discontent? They did the right thing by going to court. I didn't see any chaos there, but I don't want to delve into this because I am not a spokesperson of the Police or Judiciary. 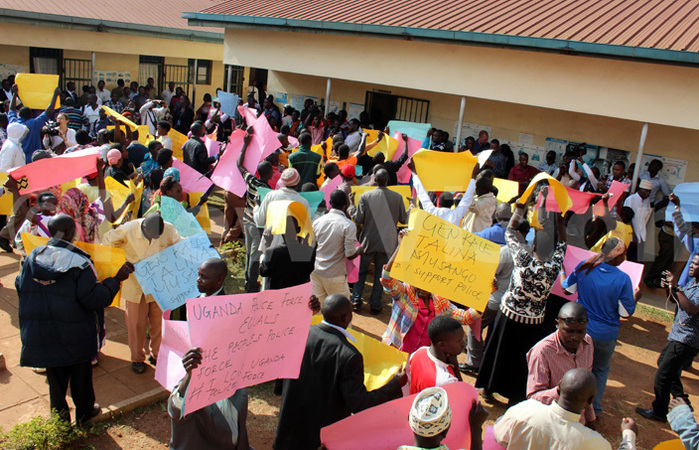 So is your Boda Boda 2010 Association a militia group?

I am not a leader of Boda Boda 2010 Association; I'm just its patron. And as its patron, I cannot be held accountable for its actions because every division has its leadership. Yes, I am their patron, but I don't know everything they do. And as a person who loves the NRM government and who doesn't want to see it collapsing, I came in to fix the cracks that were starting to emerge. I wanted to know why cyclists were always striking and opposing the government because I knew the Boda boda industry like the back of my hand.

What I know for sure is that some things are not true. For example, you can't say they are battering people. When Boda Boda 2010 is attacked at their offices, they fight back and the strong ones win.

But some battered cyclists recently showed security minister Gen Henry Tumukunde injuries they said you inflicted onto them?

If they had wounds, the minister would have helped in taking the matter to court because I am not above the law. Media are not courts of law. I am ready to go to court if any charge is preferred against me.

That is not true. How can I batter people? That is bad! If I batter people, I should be taken to court because I am not above the law. People just want to tarnish my name because I am doing things which the ministers can't do. I can sit here and, with just 10 phone calls, summon 10,000 people. I have built a force of 1,000 people who can do what I want. So those battering people are politicians because we have frustrated their schemes for protests like walk-to-walk…

Where do you get the power from? You even warned a full general (Gen Tumukunde) to steer clear of boda bodas or ...

I never warned him; I just informed him! People should not think they are above other people because they are ministers or generals. There is no way a security minister can start planning for boda bodas or registering them. That is not how matters of security are handled. 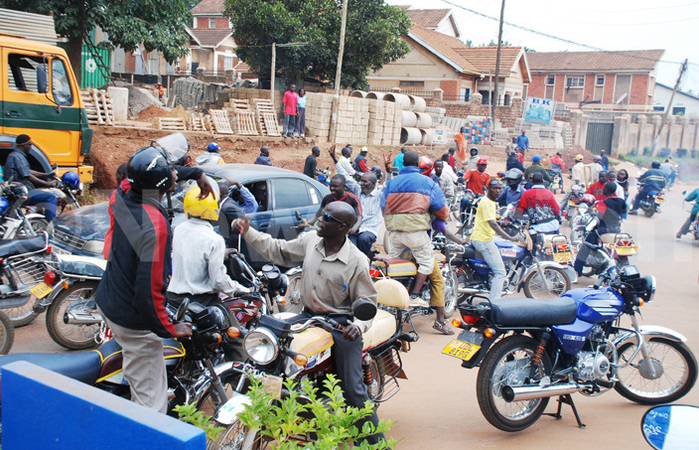 Who is your Godfather?

I get the power from people, but to be able to do all this you have to have roots (emirandira).

Do you have a command structure?

I can't disclose my structure due to security concerns. If I was giving out that information I would not have found it easy doing my work. But I have people everywhere—in taxis, abattoirs, boda bodas, lorries etc. Just know I have the capacity to save this government from any uprising. So anyone who thinks can destabilise this country should think twice because we have the capacity to liquidate him. I have been playing politics within security to save this country and that is why protests or defiance campaigns have failed in Kampala.

I told you I am always with the people. I get to know their issues and I know where to take the issues. I don't mince my words. I don't tell the President lies because I don't want him to make mistakes. I have the President's ear. I call Museveni direct anytime; I don't need to pass through anyone! I tell him what I believe is true, whether it pleases him or not. And he likes me for that! I also have Gen Kayihura's ear. Can you imagine? It's because I am selfless. By the way, President Museveni invited me to State House to address his Cabinet. But I was busy on official duties elsewhere, so I sent three representatives. That shows I have reached a certain level.

Do you know you have created enemies? Don't you fear what might happen to you if this government fell out of power?

I am the only person you can walk with in Kampala and nobody picks up a stone to throw at me because I am always with the poor people. Many people have tried to buy me to their sides so that they can push their selfish interests using me. But I have refused to betray the common man. In Uganda I am the only person who can talk to everybody, including the Opposition. I can sit with you, tell you your problem and we reach an agreement. I managed to take all the elected city councillors to President Museveni in Entebbe in April after they had been refused to swear in. Politics should not divide us. Let's put aside our political differences and work together for a bright future because elections are over.

You were identified as the person who failed KCCA from registering all boda bodas in the city!

I have never opposed the registration exercise of boda bodas, but people got it wrong.  I tried in vain to ask KCCA to involve the boda boda riders and their local leaders in the exercise. I proposed that the cyclists should first be sensitized about the exercise but nobody listened. If people see that you are forming cliques and promoting your own interests, they will fight you. During the registration, KCCA gave several conditions which convinced us that the exercise was not well-intentioned. Unfortunately they claimed it was Kitatta who failed them yet they are the ones who failed themselves by rejecting my proposals. And the President is aware of this.

That Century Riders Association is a clique formed by mafias in government to fight wars. I will tell you who these mafias are in future. But we shall also crush this clique the way we crushed those before it. Like tell me; where is Kampala Metropolitan Boda-Boda Association (KAMBA) and others? When I fought for the welfare of bodaboda cyclists and helped their elected leaders in 2010 to form an association, those that lost power were not unhappy and have since fought and lost.

Nobody should interfere with Uganda, says Museveni