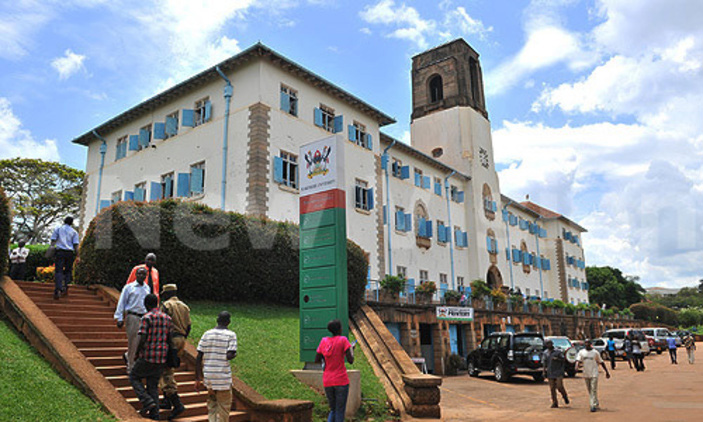 Makerere University has blamed its alumnus David Ojok, who was killed by a mob at Nkrumah Hall last year on April 12, saying he was negligent.

The institution's rebuttal is contained in its statement of defence filed at the civil division of the High Court in Kampala on July 27.

It is in response to a suit filed on April 11 at the same court by the family of the deceased, which is demanding sh2.5b compensation.

Through its lawyers from Kateera & Kagumire Advocates, the institution concedes that although the ill-fated incident occurred at the hall of residence, it does not condone such acts.

"The defendant, without appearing as if it condones violence, shall state that the deceased was equally negligent for appearing at one of the defendant's hall of residence at night at about 10:00pm without any form of identification and without notifying the hall warden or custodian," the university contends.

The university says the mob justice cannot be attributed as negligence on its part, neither can it be breach of statutory duty.

"The defendant shall aver that the mob that lynched the deceased was never employed by the defendant, nor was the mob acting on the instructions or under the defendant's control," the university asserts.

On the fateful evening, Ojok who operated a small secretarial bureau near Nkrumah, had reportedly visited colleagues, when the hall's then chairman Marvin Mutungi, raised an alarm, branding Ojok a thief.

Despite pleas of his innocence and that he was a regular at the premises, the mob dragged Ojok to the front of the Hall at the car parking lot, and clobbered him using boulders, stones and clubs. Police said his skull was split open in the process.
The plaintiffs(complainants) are listed as Maxson Okidi(father), Jimmy Ochan(brother), Annet Aketch (mother), Esther Apio(sister),Harriet Akello(sister), and Christopher Labong(brother).

It was filed through Centre for Legal Aid. The plaintiffs claim they are suing on behalf of school-going Sharon Aloyo and Gloria Atim, who were dependents of the deceased.

The institution is accused of failure to install adequate security gadgets and personnel to deter criminal activity.

Ojok was holder of a Bachelor of Science Degree in Computer Science(2013). The family laments that the deceased was an ambitious, hardworking and illustrious young entrepreneur and fast-rising consultant in the information and communication technologies (ICT) field.

"In the technology world, the deceased was a renowned computer programmer, software developer and engineer while in the entrepreneurial world he owned and ran a string of businesses, from which he supported his family.

The family is demanding that Nkrumah Hall be renamed Ojok Hall in memory of the deceased, as a lasting reminder of the dangers of mob justice.

They also contend that the renaming could be an indicator of the institution's commitment to stamp out mob justice. Alternatively, the family wants a monument constructed at the hall, in memory of Ojok.

The family wants Makerere to submit to court within six months from the date of judgment, a plan of action regarding how the defendant will implement orders.

A hearing date is yet to be scheduled