Water, sanitizers can save you a hefty med...
Next Story

Party spokesperson, Michael Osinde Orach speaking to New Vision accused members of MOF especially Peter Walubiri who is a trustee, Chris Opio and Patrick Rubaihayo for not putting to proper use the money the foundation collects from tenants.

Osinde explained that the foundation was set up by UPC to among other functions manage the money collected from renting out the premises and use it to give scholarships to bright students from economically disadvantaged families.

He further revealed that every month, sh2b is collected as rent but for the last 20 years, the foundation stopped funding any children and there are no visible developments the money has been used for.

"In the last five months, we have written three letters requesting members of the MOF to come and explain how they use all this money, they do not reply, instead serve us with court summons on the most bizarre and ridiculous grounds for hoisting the UPC flag outside Uganda House and returning the foundation stone at the party's headquarters," he said.

"A lot of money is generated from renting out UPC premises but members of MOF have failed to account for it. They only renovated and painted the premises recently, if they are not swindling the money, where is it going, because they stopped sponsoring learners many years back," he said. 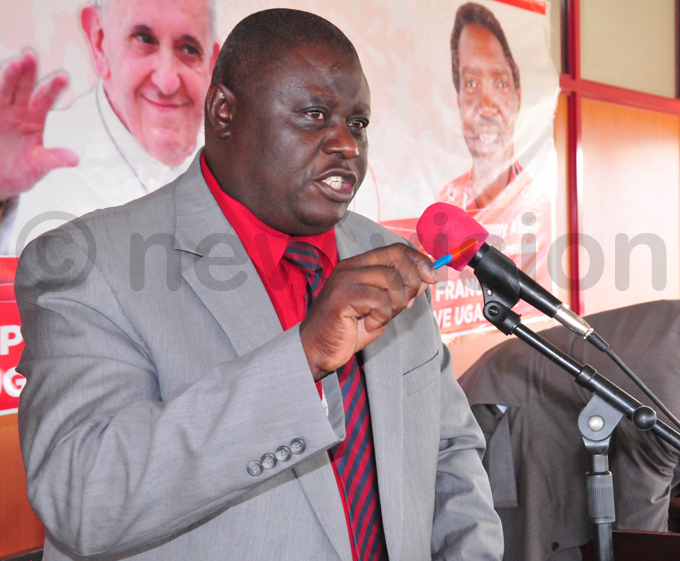 "The UPC headquarters belong to UPC but Walubiri and Opio wanted to create an impression that the building is for MOF and wanted to sell it, just like they mortgaged the building on 5th Street in Industrial Area and Akena stopped them and they are angry with him," said Osinde

"Though Olara Otunnu was bribed and they bought for him a home in Buddo, Akena will not be bribed, he wants to invest in the party to see that his father's vision lives on" he added.

Commenting on the accusations, Walubiri said there are fundamental issues worth talking about like obeying court orders, laws other than discussing idle talk with people who are not party members but agents he said, of the National Resistance Movement (NRM) party.

Asked how much the foundation collects from renting out the UPC premises, Walubiri said "Why should we discuss the finances of MOF in the media? I have nothing to do with the property and if Osinde thinks I misappropriated any money, he should challenge me in the courts of law," he said

In 1964, UPC set up the Milton Obote Foundation to champion its aims and objectives of establishment of party assets which by law, parties were not allowed to own.

However the consent agreement signed in May 2009 by the two parties indicates that there were no written documents setting out the terms of the relationship between MOF and UPC that could be responsible for the wars.