AU to streamline communication on agricult...
Next Story

Kasumba, the designer of VP Ssekandi's coat of many colours

FEW fashion designs have caused as much public interest this year as the ‘Uganda flag' blazer worn by Vice President Edward Ssekandi, chief whip Ruth Nankabirwa and some politicians during the State of the Nation address in May this year.

Could the onlookers have missed something in what some art enthusiasts considered to have been a masterpiece? In a story that invokes the age old question: what really is art Stephen Ssenkaaba delves into the story of Uganda's "coat of many colours" and the man behind the controversial work of art.

UGANDA's State of the Nation (SOTNUg) addresses usually make for banal moments. This year's was different. The high-profile event became the talk of town moments after the Serena Hotel Kampala conference center doors had been flung open that May 31st afternoon.

It wasn't so much the red carpet reception for Uganda's leading politicians; not even the predictable presidential rhetoric heard in the conference room later that afternoon. 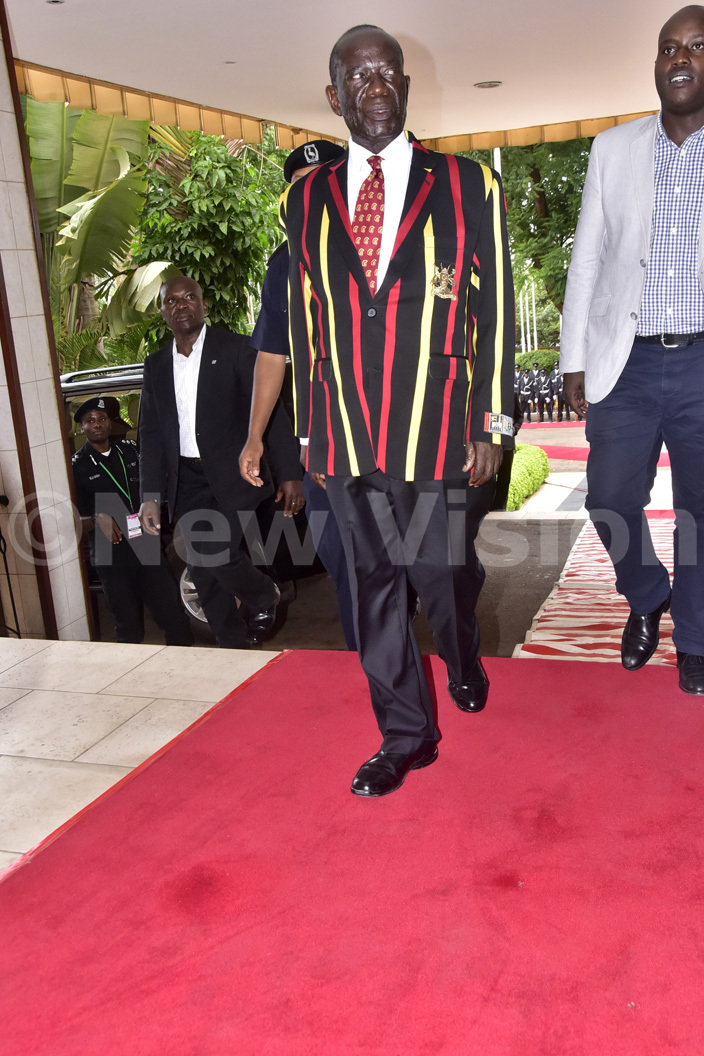 This year's SOTNUg was in the news for far more colourful reasons.  As colourful as Uganda's Vice President Edward Ssekandi could get. Uganda's number two turned up for the address wearing a jacket striped with the three colours of the Uganda flag. Black, Yellow, Red.

In a spectacle that rekindled Dolly Parton's 1971 hit "Coat of many colours", social media platforms went abuzz. Hash tag #‎SOTNUg16 hit Facebook and twitter like a storm.  Some people wondered if Ssekandi had a fashion advisor. "Who had whipped Nankabirwa into wearing such an odd jacket?" others asked.


"A coat of many colours" was the more polite online reference to a jacket that many mistook for a clown's blazer. Some cheeky people suggested it had been cut out of someone's living room curtain. Others wished Kasumba ‘dead'. "This is the MOST ridiculous suit I have seen in my life. I have seen people wearing chair fabrics or mattress covers but this is a new LOW, someone wrote on Facebook. Speculation swirled that a shrewd Ugandan businessman based in Germany had duped our Members of Parliament into paying sh 1m for the jacket. None of all this helped to answer the key questions: Who designed Uganda's coat of many colours? How did it come about? What does it all mean?

Face to face with the designer

We recently met the man who designed Uganda's "coat of many colours". His name is Stephen Kasumba, a 55 year old artist and former art lecturer at Makerere University. Kasumba operates a modest embroidery workshop in Makerere, located on a steep platform overlooking the roundabout that connects Wandegeya to Bwaise and Gayaza roads.  It is here, in a two room compartment tucked in the basement of a commercial building- that he claims to have designed the controversial coat. The workshop has a simple desk and computer in one room and a ZSK Jafa 0612/400 model embroidery machine from Germany in another. Inside the mostly white workshop, a stash of jackets in black, red and yellow, similar to that worn by Ssekandi on May 31st is on display. 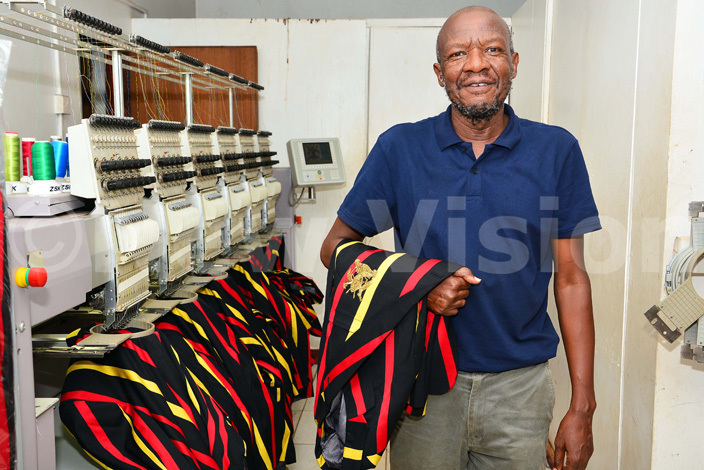 Stephen Kasumba at his embroidery workshop in Makerere

Kasumba remains guarded about the details of his design but says the jacket was sewn from 1000 meters of fabric obtained from Europe. He insists that, apart from some expert advice from Europe, he did all the knitting and the embroidery donkey work inside his workshop, which he curiously keeps closed under a huge steel door.   He has so far produced 350 jackets. In his estimation, the project cost about sh 140 m in personal savings and loans.


How it all came about

Kasumba conceived the jacket idea in 2009 after painting a 50th anniversary mural for a German international aid organisation called the Bread of the World. " the mural depicted all 50 years of the organisation‘s work in one painting," he says. It is this assignment that encouraged him to adopt a similar concept, albeit with a local theme.

He thought a blazer with national symbols would be ideal representation of the noble values that he sought to project. He developed prototype and with advice from experts in Germany started working on the blazer. It took him nearly four years to complete. 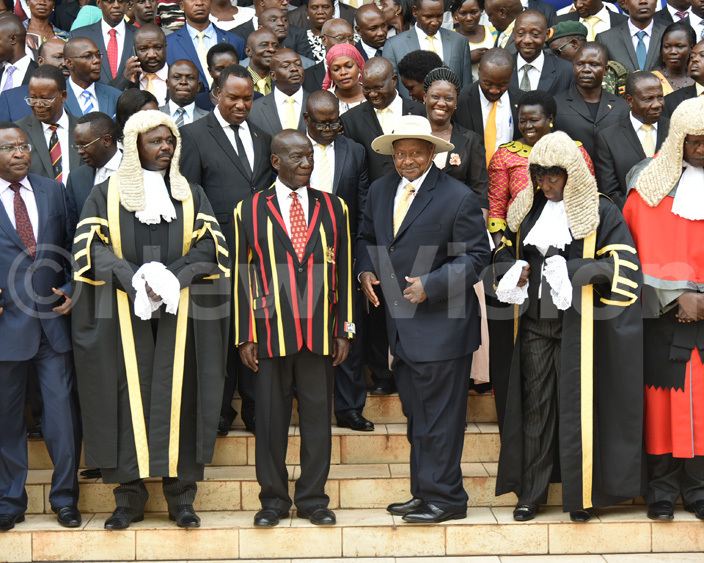 Vice President Edward Ssekandi in coat of many colours poses for a picture with President Yoweri Museveni(R) and other MPs after the State of the Nation.

Getting the MPs on board

In January this year, sought audience with the speaker of parliament Rebecca Kadaga. He wondered if parliament would be interested in procuring a ceremonial outifit for MPs.  The speaker referred him to the public relations director's office. "Chris Obore did not consider my idea worth his time. He sent me to one of his officers who under the pretext of carrying out further consultation kept my sample in his office. I withdrew it after three months of no action." 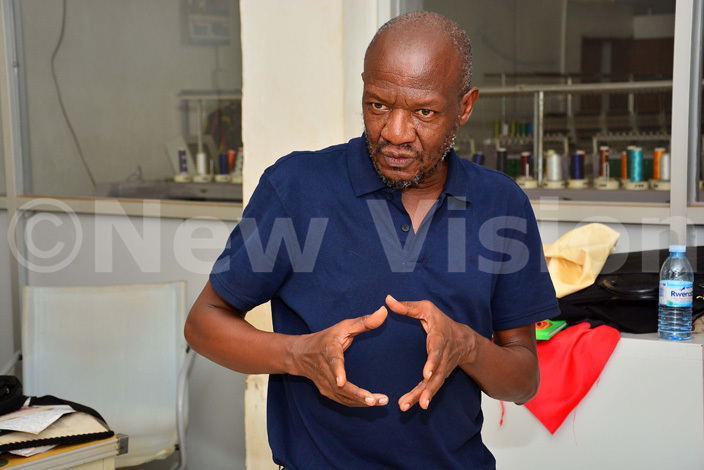 Kasumba explains what the coat of many colours is all about

After this frustrating run around parliamentary corridors, Kasumba contacted Ruth Nankabirwa, the government chief whip. A trained artist, Nankabirwa saw in the jacket what many seemed to have missed.  "The jacket had very unique features, a lining depicting all national symbols, a creative colour scheme, quality material and a powerful message. It was the first outfit of its kind," she says.

The chief whip said a number of her cabinet colleagues were fascinated by the jacket. They all thought it was worth sh 1m.

"It is the creative import of Kasumba's work; the uniqueness of his idea that we value here. It is not something you go and pick anywhere on the street. For those who appreciate art, the price was worth." She rubbished talk that Kasumba is a conman trying to dupe legislators into buying a substandard outfit.

Kasumba's garment has divided opinion, even among some established visual artists that know his work very well.

"I saw it on TV and thought it was ugly," says Henry Mzili Mujunga, an established painter and one of Kasumba's foremost admirers.  For Mzili, the coat appears like a costume designed to- more than anything else- make the wearers stand out.  It is therefore not surprising that it is very colourful "because costumes tend to be outrageously bold." He also casts doubt about Kasumba's choice of costume, saying that a ceremonial tunic (Ganduula) would have made more meaning. This, he says, should however not take anything away from the creative endevour of the man he looked up to and believes is one of the most creative visual artists in Uganda. "What he has done is noble and commendable- he should be supported," Mzili concludes.

For Nuwa Wamala Nnyanzi, one of Uganda's leading batik artists, the jacket presented an awkward arrangement. The red and yellow stripes are too wide and appear aggressive. They should be pinstripes and repeated. Black should remain prominent as the background." He says Kasumba ought to listen to the public and go back to the drawing board. 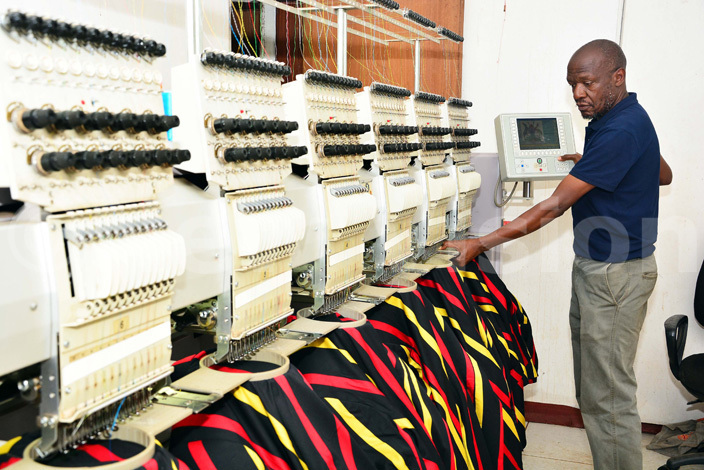 Who really is Kasumba?

Kasumba was born into a humble family to Patrick and Margaret Kafuluma in Namataba Mukono district.

He had issues settling at school having come from a poor background. He later struggled with alcohol in his A level and college days. 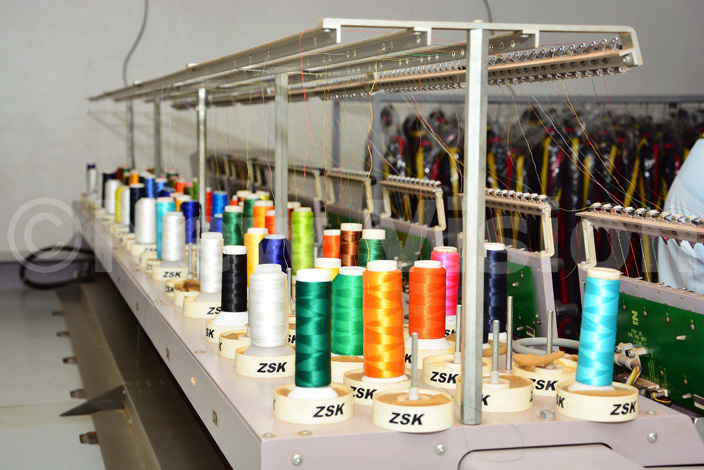 He studied education at Kyambogo and art at Makerere University before launching his career as a painter. His work which is usually colourful and symbolic has been exhibited all over the world. He remains one of the most highly regarded painters in Uganda.