Public universities to open this weekend
Next Story

4,000 yet to pick Makerere admission letters

"I appeal to those who haven't picked their admission letters to do so."

"I appeal to those who haven't picked their admission letters to do so."

KAMPALA - Makerere University's deputy vice chancellor academic affairs has called upon the 4,000 students who have not picked their admission letters to do so before the first semester begins this Staurday.

Dr. Okello Ogwang said that out of 14,000 students admitted at the institution for the 2016/2017 academic year, only 10,000 have collected their admission letters.

"I appeal to those who haven't picked their admission letters to do so and should take advantage of the time now before the university opens on Saturday August 20," he said.

At press conference, Makerere University Council chairperson Dr. Charles Wana-Etyem announced that the first semester will end on December 17, a week later than had earlier been indicated.

Wana-Etyem said the change is to compensate the time lost following the industrial strike by non- teaching staff over their salary enhancement and salary arrears that government had not fulfilled.

The university had been scheduled to open on August 1, which didn't happen, and again on August 9, which also failed.

But following a university council emergency meeting to resolve the impasse, the staff accepted to resume work. This happened hours after the government made a commitment to sort out their pay within the coming three months. 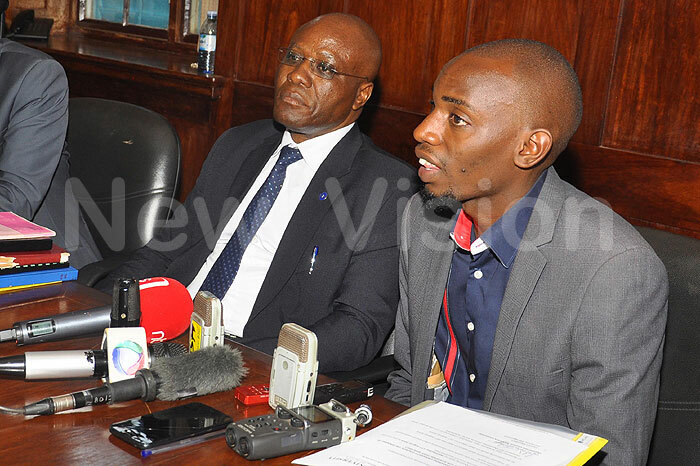 So will the students who reported to university as per the earlier schedule be compensated by refunding their transport fares and accommodation during the strike period? Prof. Dr. Barnabas Nawangwe categorically stated that it will not happen.

"The management can't take responsibility of students before the opening of the semester," he said.

Meanwhile, the university's acting guild president, Jonathan Burobuto, has urged students to report as per the scheduled dates, and has urged his colleagues not to engage in strikes but instead concentrate on studies to compensate for the lost time.