MENU
Twins festival: I sold 20 cows, 15 goats to save my quadruplets
Previous Story

Top 10 stories you should not miss today
Next Story

Uganda’s marriages are characterized by divorce, domestic violence and separation

Uganda’s marriages are characterized by divorce, domestic violence and separation

Families are considered units of production as economic decisions on where to work, study, how much to spend, how much to save and enterprises to invest in are majorly made at a family level.

In reference to a common saying ‘when families collapse, society crumbles' clerics have warned against the grim state of the marriage institution which is impeding Uganda's growth.

They echoed this warning last week, saying most of society's problems trace back to family breakdown and that people ought to know that without marriage, there is no proper family.

James Magara, the Board Chairman of Uganda Jubilee Network noted that the family is under attack due to the current instability of marriages.

"When marriages break down, the people who suffer most are the children because they miss something. They grow into adults with gaps," he said.

Uganda's marriages are characterized by divorce, domestic violence and separation.

Statistics from the High Court Family Division in 2013 indicated that divorce was on the rise. By mid-2013, 32 couples had divorced. Prior to that, about 43 and 42 couples divorced in 2010 and 2011 respectively.

These numbers are attributed to failure to resolve differences majorly caused by infidelity.

One prominent divorcee is Deputy Speaker of Parliament, Jacob Oulanyah, who in 2016 dissolved his marriage to Winnie Amoo after almost three years for causing him emotional stress and mistreating his children.

According to Patrick Nagaya, a pastor at University Community Fellowship in Makerere, divorce is a result of the hardness of people's hearts.

Bishop Franco Onyango from Watoto Church said most of what is happening as viewed in the media is appalling and needs to be reversed by praying to the author of the family.

The clerics made their call while addressing journalists in a press conference where Uganda Jubilee Network launched the National Prayer & Fasting Campaign for 2016 at the Church of Uganda Provincial Office in Namirembe.

This year's campaign will focus on the family and its impact on Uganda under the theme, "Praying for the full manifestation of God's kingdom in the family sphere of Uganda's society by 2062."

According to Peter Atekyereza a sociology lecturer at Makerere University, family is the foundation of a solid nation. 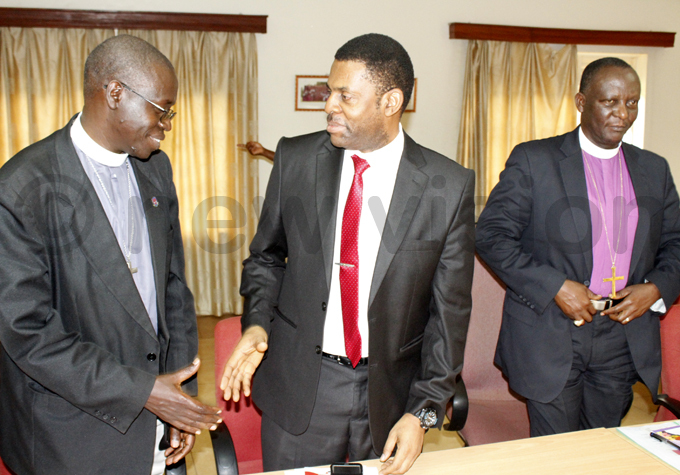 "Family is important in defining who is responsible for who and it is where children are guided and groomed into holistic beings," he said.

He further explained that family's role is crucial because it is where the contributors to development are motivated to work towards a stable political and economic country.

Magara appealed to families to utilize this time to pray so as to bond together.

"Today, we are in a very busy world and people hardly have time. They should make a special effort because a family that prays together stays together," he said.

Onyango said, ""I believe if family individuals are God-abiding and law abiding, it would translate into a better society."

Nagaya added that there is no guarantee for a successful marriage if spouses do not know what God asks them to do.

"If we do not know how to forgive, love or communicate with our spouses, the Holy Spirit will not remind us of what we do not know," he said.

To address marital challenges, Nagaya asked spouses to read the Bible and build their marriages on Godly principles.

He cited love, commitment, respect, submission and marital literacy as key if marriages are to soar through the tide.

"God hates divorce so it should never be on your mind. Our will should be to stay in there whatever the case."

Uganda Cranes games are always a party for fans