Twins festival: Born together, working together

Diana Katusiime, a workmate, says they are amazing: “It is so interesting working with people who are identical. You think you know them, but it is tricky and they confuse me.”

Diana Katusiime, a workmate, says they are amazing: “It is so interesting working with people who are identical. You think you know them, but it is tricky and they confuse me.”

Timothy Tenywa and Jonah Waiswa are identical twins who work at Uganda Christian University, Mukono's admissions department. The two light up the admission block because they are such a joy to colleagues and students, who cannot tell them apart.

Diana Katusiime, a workmate, says they are amazing: "It is so interesting working with people who are identical. You think you know them, but it is tricky and they confuse me."

She says the twins used to wear similar shirts so the administration asked them to consider dressing differently for easy identification."They are also fond of each other. When one twin gets something to eat, he calls the other to share," she says.

Tenywa said their immediate supervisor, the director of admissions and student records Christa Oluka, took a month to tell them apart. 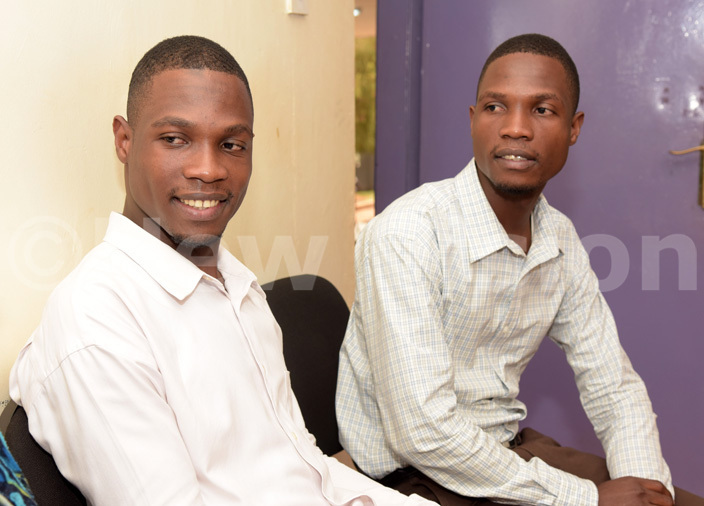 Childhood shenanigans
Since childhood, Tenywa says they looked so alike that their classmates at St. Andrew's Primary School in Bugema, Wakiso district could not differentiate them.

According to Tenywa's, he often got in trouble because of Waiswa's mischief.
"In P.7, Jonah dodged class. So when the teacher asked who of us had missed class, we did not respond and he caned both of us," says Tenywa.

Asked why he had dodged class, Waiswa shrugs and said, "I was not ready to study that morning."
The twins enjoyed each other's company so much that instead of concentrating on studies, they used to play a lot. As a result, their mother decided to separate them after primary school.

Waiswa said being separated from his brother was hard, but they later got used to it. He, however, said he missed having Tenywa wash his clothes. "He used to help me wash my clothes," said Waiswa, who added that being older means the younger
should help with chores.

Subtle differences
Although they are identical, the twins say they have slight differences. Tenywa, the younger of the two, says he is lighter skinned and shorter than his brother. It seems in their case that a difference of 20 minutes at birth made Waiswa the taller twin and the first-born.

The twins also have their different interests. Tenywa enjoys football, while Waiswa loves swimming. "Timothy was not willing to learn," said Waiswa.

Being identical
The brothers bask in the fact that they are identical and would not wish to have it any other way. They enjoy the same food, with matooke, rice and posho as their favourite, served with beef stew.
They also revealed that their ex-girlfriends could not tell them apart "maybe after one month", but they are now single and searching.

"We hope to marry identical twins. We shall be neighbours and actually, we are planning on building a two-in-one house so that we remain close to each other," said Waiswa. They currently live in the same building, but in different apartments.

It is this bond they share that also alerts them when one of them is sick. "It is automatic. When I am not well, Timothy will know and come to help," Waiswa says.

Tenywa says, he too can tell when his brother is down. "I will feel uneasy and that is when I know Jonah is sick."

On the other hand, Tenywa had opted for project planning and entrepreneurship as a first choice and business administration as a second one.

Message from a brother
Born on November 9, 1991, the twins celebrate their birthday by giving each other gifts such as clothes and shoes.

They are grateful to their mother Phillipa Nabirye for raising them, as well as Tom and Rose Kajumba for supporting them through school. They also recognise their father, Ali Isabirye.

They each had a message to share, with Tenywa going first: "I would like to tell my brother to always be a person of integrity at work and to always love God." Waiswa's message to his younger brother was on courage and on future relationships.

"When you get a girlfriend, you should be loyal and honest and tell her about us to avoid future confusion."

The 2016 Uganda's Twins festival will be hosted at Kyadondo Rugby Ground on Sunday and gates open exactly 10:00am. A minimal entrance fee of sh10,000 will be charged. 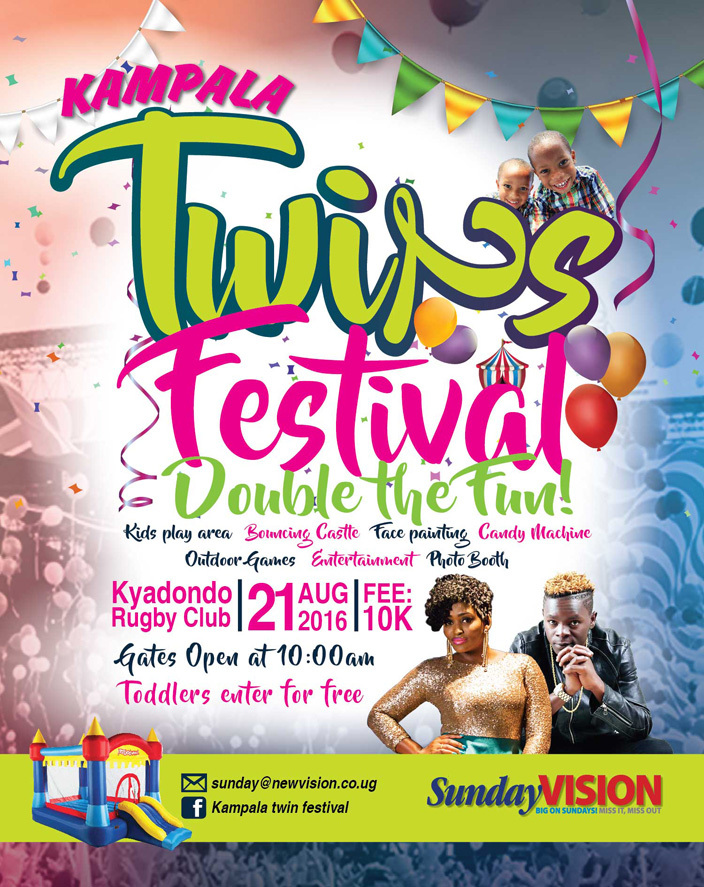 You can also join the conversation on our twins facebook page by joining: KAMPALA TWIN FESTIVAL

Dealing with change in your marriage

St. Joseph is a guide to all fathers

Dealing with change in your marriage

St. Joseph is a guide to all fathers