Otile still trying to cope with golf cours...
Next Story

Matthias Mulumba (with ball) chats with the children. Photo by David Namunyala

Uganda Sports Press Association (USPA) vice president Ritah Aliguma has extended her sporting spirit to the more vulnerable as she attempts to revive hope in the lives of street children around Kampala. 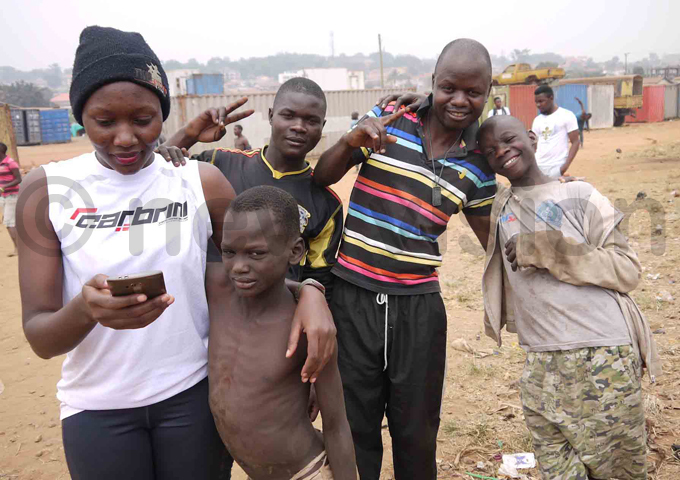 Aliguma (R) hangs out with the kids. Photo by David Namunyala

Aliguma, who is also the first ever female USPA vice president, picked interest after seeing a former street child Matthias Mulumba single headedly try to change the lives of others through soccer.

"I feel we should not only operate in areas that are already established," she said during the weekend's training at the former Nabagereka Primary School in Kisenyi, a Kampala suburb.

"I think USPA is not just about covering sports events but we can still use sports to bring these unprivileged children out of this street environment and maybe help them realize what exactly is needed of them like we have always done with campaigns like road safety," she added.

Mulumba who recently completed a bachelor's degree in law after being taken off the street by Pastor Robert Kayanja Ministries in 2006 added that the Ubuntu Foundation that he started three years ago has now reached its kick off stage having partnered with USPA.

Besides the soccer games that are organized every Tuesday, Thursday and over the weekends just to try and reduce the hours the street children spend on the street, the foundation also offers them lunch and medical services on top of preaching the gospel of change.

Why judicial officers want to lay down tools