Man arrested for attempting to rape 60-yr-...
Next Story

“The rubbish menace is something we need to do away with once and for all."

“The rubbish menace is something we need to do away with once and for all."

A campaign to rid Iganga town of garbage has been initiated by the district chairman Patrick Kayemba.

This follows increased accumulation of garbage in sections of the municipality especially along Kaliro, Wagoina and Saza roads.

According to him, every last Thursday of the month should be set aside to clean the urban centre.

"The rubbish menace is something we need to do away with once and for all. So all of us must participate in this noble cause," Kayemba implored.

"Trash could be breeding ground for pathogens that cause dysentery, cholera or even typhoid." 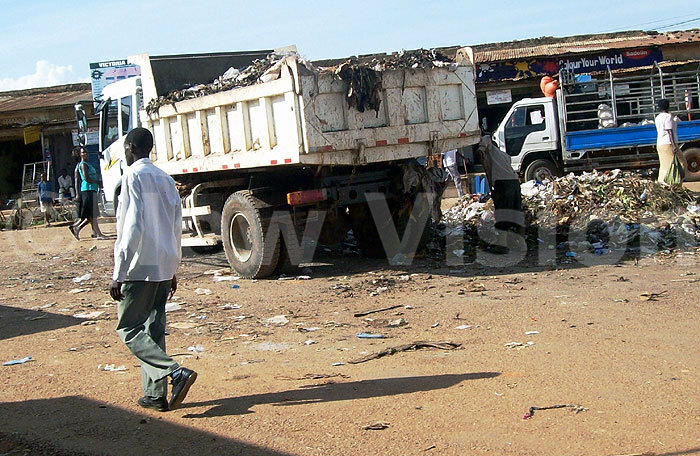 Ayub Ssebide, the Kasokoso LCI chief, said the garbage problem stems from poor disposal methods employed by locals. "This town has a big population of people from different backgrounds. Some do not even shy away from throwing trash over their walls right onto the road."

Heaps of uncollected trash on Iganga streets is not a new sight. In 2005, the state of affairs earned the urban centre the status of dirtiest town in Uganda.

Fatuma Nabirye, trader: "It is good to have the area cleaned up by all of us. However, what happens to the exorbitant taxes we pay to council after being convinced that part of it is for keeping town clean?"

Muhammad Ssenfuma, local leader: "When everyone is involved in the cleanup it becomes a joint responsibility whereby we become each other's keeper. It would be difficult to simply look on as another dumps trash in the town."

Mary Bendakyaibwe, resident: "I would gladly help clean up my town as when it becomes dirty it would be shameful to be associated with it. My appeal is to everyone to join in this voluntary task."