USPA members during the assembly. Photo by Johnson Were

Uganda Sports Press Association (USPA) members on Monday voted the U21 national netball side as the Nile Special USPA Sports Personality for the month of July.

The members during their assembly held at Lugogo Tennis Club unanimously voted the netball youngsters for qualifying for the World Youth Netball Championships to be held next year from July 8-16 in Botswana.

The Uganda Pearls finished fourth at the Africa Netball World Youth Cup Qualifiers in Gaborone to qualify for the quadrennial championship alongside South Africa, Zimbabwe and hosts Botswana.

Meanwhile USPA will participate in the Rotary Cancer run to be held later this month on August 28th at Kololo.

The event will have the 21km, 10km and 5km runs countrywide in a bid to raise money to purchase a cancer treating machine. 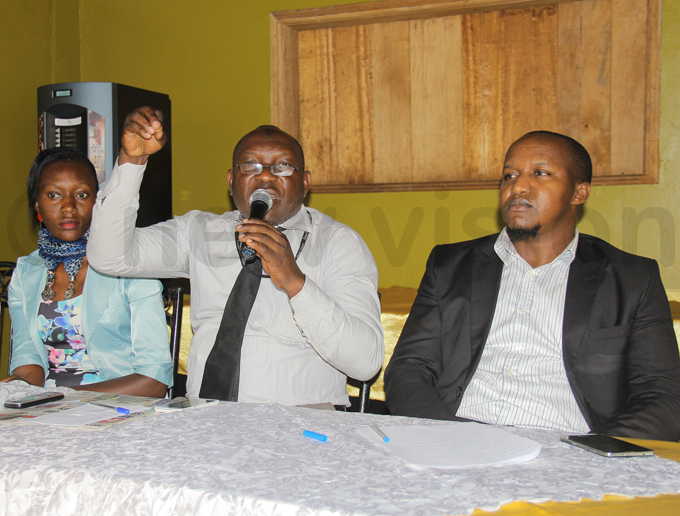