President Museveni was on a two-day official visit to the central African country.

President Museveni was on a two-day official visit to the central African country.

Museveni, on a two-day official visit to the central African country, joined over 14 heads of state and governments to witness the swearing-in ceremony.

Other leaders included the presidents of Rwanda, Democratic Republic of Congo, Sudan, Mali, Niger, Nigeria, Central African Republic, Republic of Guinea and Mali, among others. 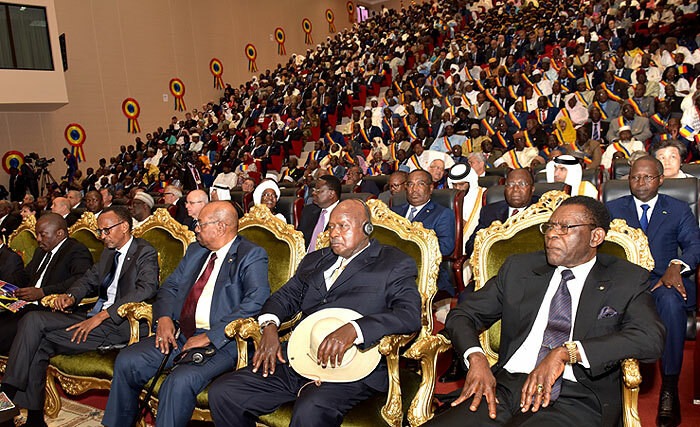 President Idriss's swearing-in ceremony consisted of a 21-gun salute and taking of the oath, before he was handed instruments of power to take on another term in office at the helm.

In his speech shortly after taking oath, Idriss saluted his counterparts for coming to grace the function, saying that their coming demonstrates a close bond of brotherhood existing between respective countries and the people of Chad.

President Museveni later joined other heads of state and governments and various delegations to a luncheon hosted at the Hilton Hotel by President Idriss.

President Museveni poses for a photo with President Idriss and his (Idriss') wife. (PPU)

Make your employer your first customer

You can ask for a pay raise during this credit crunch