MENU
Garang must be rolling in his grave, says Oryem
Previous Story

In Tshwane, the metropolitan area that includes Pretoria, DA won 43.1 percent of the vote over the ANC's 41.2 percent, according to final results in elections highlighting the declining popularity of the party that led the anti-apartheid struggle.

The loss of Pretoria comes on top of the ANC conceding defeat Friday in Port Elizabeth, a key battleground of Wednesday's municipal election.

Defeat in Port Elizabeth by a margin of 46.7 to 40 percent was a humiliating blow for the ANC as the municipality is officially known as "Nelson Mandela Bay" in tribute to its past as a hotbed of anti-apartheid activism.

At the national level ANC remains the nation's top party. However, the party Mandela once headed has seen a slump in support after landing a national tally of 58.3 percent of votes, a plunge of eight points from 2011.

DA leader Mmusi Maimane hailed the result as a landmark for his party.

"This is a tipping point for the people of South Africa," he said. "This represents for all of us the fact that we are a party not only of opposition but of government."

Turnout was about 58 percent as voters chose mayors and other local representatives responsible for hot-button issues including water, sanitation and power supplies.

The setback to the ANC "happened quicker and harder than everyone thought! It's a shocker for everyone," said independent political analyst Ralph Mathekga of the worst poll result for the party since the end of white-minority rule 22 years ago. 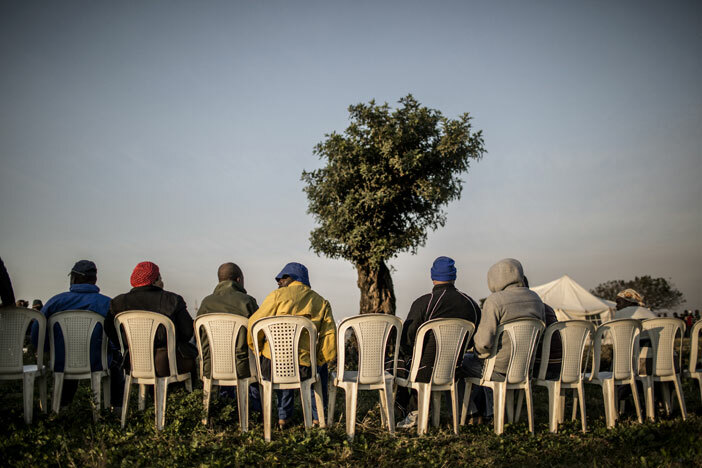 Ahead of final results, the ANC was still struggling to hold on to its outright majority in Johannesburg, the country's economic centre.

- Zuma future in focus -The position of Zuma, 74, as head of state is coming under question even though his mandate still has three years to run after a poll widely seen as a referendum on a leader plagued by scandals since taking office in 2009.

One revolves around his using $500,000 of public money to refurbish his private home in Kwazulu-Natal, money the Constitutional Court says he must repay.

Maimane, the DA's first black leader, had indicated before results began to come in that the polls were good for democracy.

"It says the democratic process is working," he said Friday.

An unemployment rate of 27 percent and zero GDP growth forecast for this year have added to Zuma's woes as frustration builds among poor black communities seeing scarce improvements since apartheid fell.

However, Zuma, jailed on Robben Island with Mandela during apartheid, retains deep loyalty inside the ANC and in many rural areas, although he cannot stand for a third term.

"A battle in the party could emerge from these poor results and ANC would have to find a dignified exit strategy for Zuma," independent political analyst Daniel Silke told AFP.

Despite its strong showings in Port Elizabeth and Pretoria the DA will need coalition partners, which Silke sees as problematic.

But "I don't think EFF is the best coalition partner for DA as they are diametrically opposed on every issue -- it could be unstable," said Silke.

The EFF, led by former ANC man Julius Malema, was being credited as winning around eight percent and surpassing 10 percent in Pretoria and Johannesburg.

Victors FC out to Cap-ture Caps