Bugisu gears up for imbalu festival

Bugisu sub region is gearing up for the opening of Imbalu (traditional circumcision) this Saturday at the renowned Mutoto cultural site in Mbale, Eastern Uganda.

Multitudes of Bamasaba (natives of the area) and foreign visitors have already convened at Mutoto, eager to stand a treat of one of Uganda's best cultural showcases. Imbalu rituals are a biennial event and happen in even years. 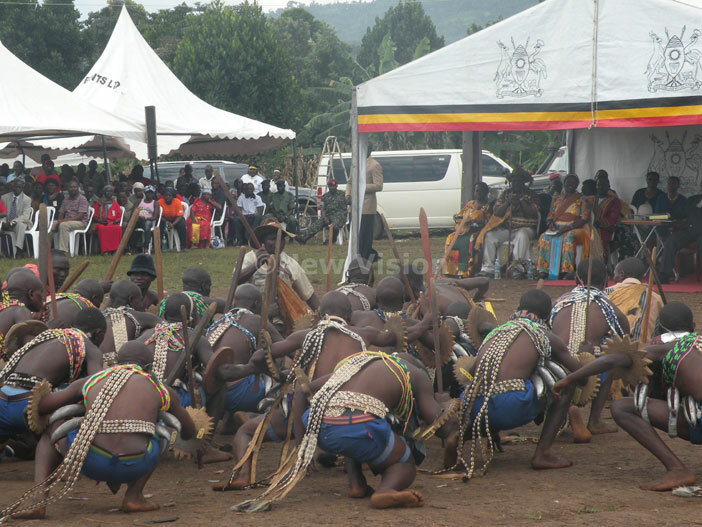 Imbalu candidates perform dances for guests at Mutoto in 2014

Imbalu qualifies young Bamasaba boys from Bugisu and the Bakusu from Western Kenya (aged between 14-22) into manhood.

Imbalu candidates have to stand stock still as they undergo the cut. No anesthetics are administered and candidates have to show fortitude and betray no signs of fear. No grimacing or contortion of any body part is allowed as the cut is performed. A candidate is watched closely as he is cut.

Those travelling to Mbale to witness the circumcision rituals, for the first time, need not to worry. 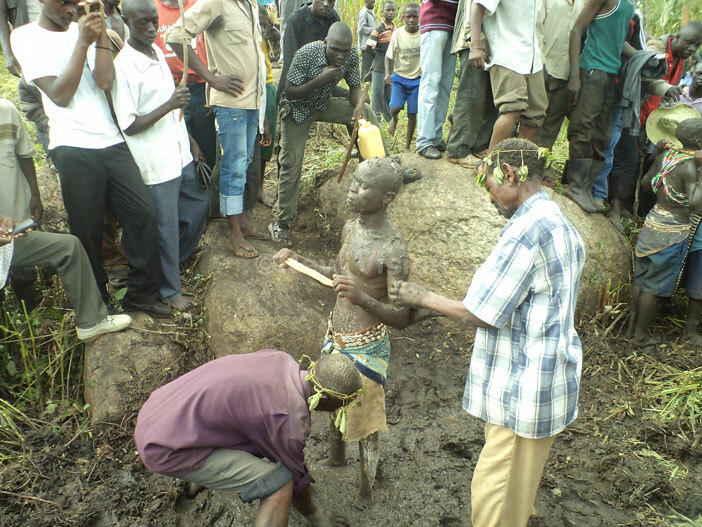 A candidate is smeared with Mud from a swamp near Mutoto.The muddy swamp is strongly associated with the ancestral diety of Imbalu or the Kumusambwa Kwe'Imbalu.

Mutoto, Masabaland's most important cultural heritage site and the centerpiece of the festivities, is just a stone's throw away from Mbale town.

Boda boda's are readily available in any part of town.
A ride on a boda boda to Mutoto will take roughly 5-15 minutes and will cost a paltry shs 1,000 or 2,000.

In the build up to the opening of Imbalu, there is always a great sense of excitement, across Masaba land.

Multitudes flock to Mutoto to witness the entertaining martial like aggressive Imbalu dances such as the Isonja and the hand bell dance from South Bugisu called Tsinyimba. The vigorous Imbalu dance competitions, the blowing of horns, the rhythmic singing, the alluring and reverberating Kadodi drum beats are all spectacles to behold.

"The Tsinyimba dance is performed by Imbalu candidates from the south of Bugisu and Bukusu from Western Kenya. In this dance, candidates use hand bells to recurrently hit a metal strapped around their wrists to produce a tempo for dancing," Wakitonyi Magombe an elder in Mutoto explains. 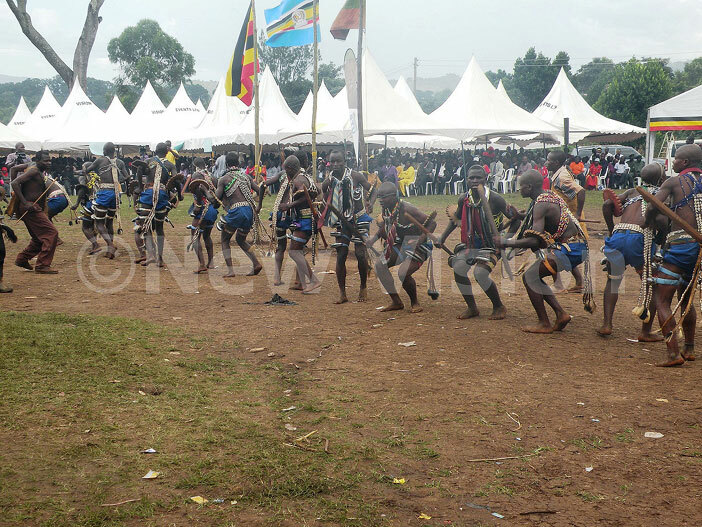 Imbalu candidates perform dances for guests at Mutoto in 2014

"Tsinyimba involves emphatic and repetitive stamping of one's feet on the ground. This is meant to show readiness on the part of the candidate to undergo Imbalu rituals. It helps candidates accustom themselves with Imbalu regalia. When performing this dance, candidates rhythmically bend their upper bodies and stamp their right feet hard on the ground," Wakitonyi adds.

HISTORY OF IMBALU
According to local fables, Imbalu in Bugisu was introduced by Masaba, from whom all Bamasaba, including the Bakusu in Western Kenya claim ancestry.

Masaba was circumcised in Mutoto, after agreeing to a marriage proposal from a Kalenjin lady, he was smitten with, by the name of Nabarwa.

Masaba had met Nabarwa on a hunting expedition in the Mt Elgon Forest area. Nabarwa insisted on Masaba getting circumcised as she herself had undergone the ritual, before they could marry.

Bamasaba perform Imbalu to fulfil a promise, Masaba made to his wife, Nabarwa that all his grand children will perform Imbalu in the generations to come. 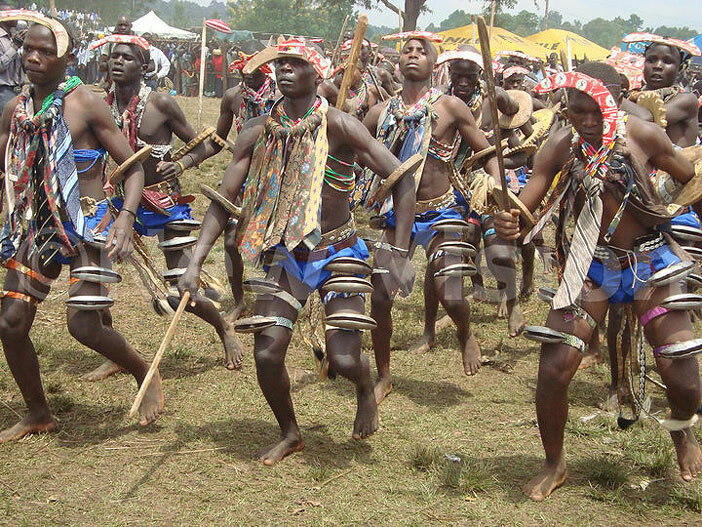 As Bagisu boys grow, they are told by their parents, peers and other influential community members that they will have to pay a cultural debt.

"Bamasaba become men through Masaba's spirit or what we refer to in the Lumasaba language as "Kumusambwa Kwe Masaba". Bamasaba boys are expected to execute Masaba's covenant by losing blood to the land, Masaba gave his children. Imbalu is one way in which Bamasaba express pride in their ancestry and its distinctiveness," Poi Khaukha, a clan elder in Bungokho explains.

In the past, the Bamasaba took exception to any ethnic labels as a form of identification, preferring instead to be identified by the more honorific term-Basani or men

Those visiting Mbale for the first time however may want to explore other places of historical interest around the Bugisu, sub region.

GANGAMA HILL
Gangama hill is to the West of Mbale Town. It is where the late Semei Kakungulu, the veteran Buganda imperialist chief of the 1890's established his residence in 1917. Astonishing, his residence still stands.

Kakungulu moved his residence here under duress from the British. 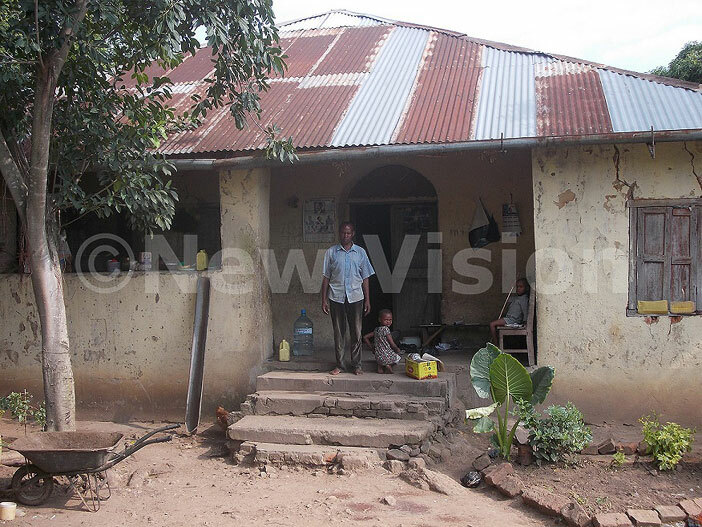 The British were intent on reducing his powers after he fell out with them. Kakungulu apparently wanted the British to allow him rule and become King of Bukedi and Busoga.

The British took exception, instead using civil servants to govern the above areas.
Bugisu then was part of Bukedi region.

After his death in 1928, Kakungulu was laid to rest in a mausoleum. To all appearances, the Mausoleum looks far much better than his old residence, which currently is occupied by his great great grand children. 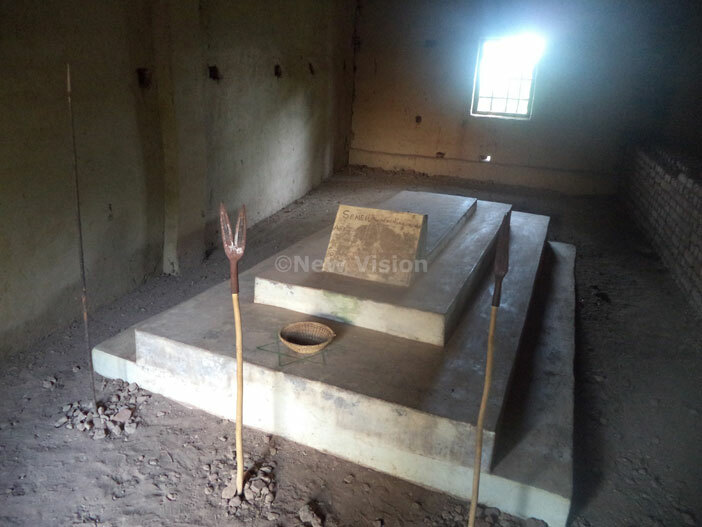 Kakungulu's huge grave inside the mausoleum is a marvel in itself. The grave has the Star of David engraved on it, perhaps a testament to his inclination towards Judaism.

"Kakungulu's inclination towards Judaism was so strong that in the years following 1917, he started the separatist Kibiina bya Abayudaya or Jewish community in this very place. In the subsequent years, he also wrote and published his 90 page Bayudaya book of rules and prayers," Explains site caretaker Kakungulu Nambali.

On his grave too is a small basket placed conveniently for visitors who wish to leave a token.
There are 3 spears firmly placed in the ground just in front of the grave, perhaps pointing to his militaristic past. 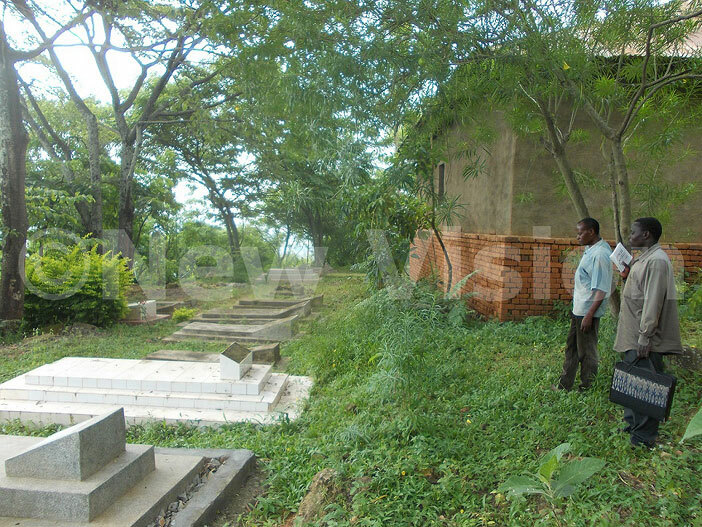 "Contrary to what historians or what other people may say, Kakungulu was given this grant of land on Gangama hill in recognition of his services to the protectorate government. Kakungulu and his 5,500 followers built their first houses not only on Gangama hill but around the surrounding villages. It is from this hill that Kakungulu led his operations against revolting Gisu clans like the Bawalasi and Bafumbo to the north of Bugisu. It was also a tactical center for conquest operations in areas south of Bugisu like Busoba, Bubulo, Bubuda and Magale," Nambali says.

From Gangama hill, you will have a pleasant panoramic view Of Mbale town and the famous Mbale College.

From town, it will take you roughly 20 minutes to reach the hill apex.

MPUMUDE FORT, NABUMALI
Mpumude is a place closely associated with Kakungulu as well. Kakungulu apparently decided to build a fort at Mpumude, Nabumali to act as his resting place, hence the Luganda name, Mpumude, which in English translates to, I have rested.

"It is from Mpumude that Kakungulu conducted forays into the mountainous far flung areas of south Bugisu like Busoba, Bubulo, Magale and Bududa. He created Bubulo County in 1901 whilst he was here. He however encountered resistance in Bududa. The British however helped him quell the rebellion. Kakungulu later on planted all the Eucalyptus trees from Nabumali corner to Nyondo to Khatwelatwela as you head up to Busano. He also planted many of them in present day senior quarters in Mbale town," Nambali says.

Though vestiges of the fort have slowly dwindled through the years, therein still lies a small mold of soil from one side of the fort's wall that in a way preserves the place's legacy. 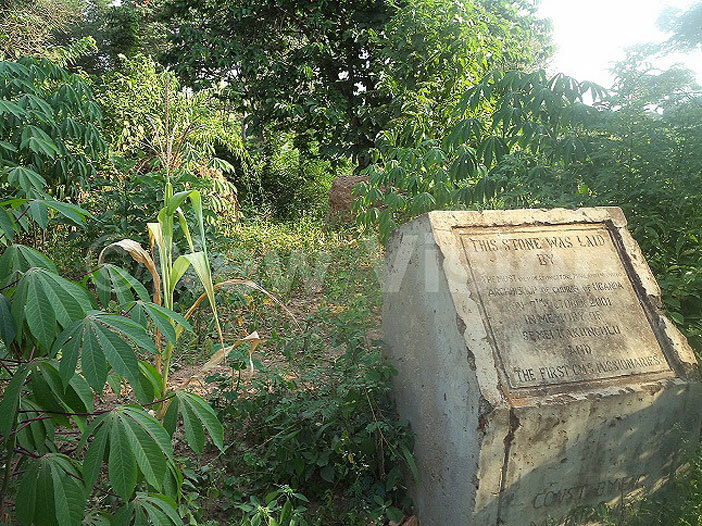 What remains of Semei Kakungulu's fort at Mpumude Nabumali behind are the molds of soil left from the fort's walls.

Possibly as a measure to further conserve the place's legacy, a memory stone was erected just in front of what remains of the fort in 2001 by the then arch Bishop of the Church of Uganda, Livingstone Mpalanyi Nkoyoyo.

As it seems however, Mpumude is at a risk. Somebody needs to rein in on the locals who are still using the site for subsistence farming. In my reckoning, what remains of the fort will soon be destroyed if nothing is done.

Mpumude is also where an entourage from the church missionary society rested after their Gospel preaching expeditions in South Bugisu.

They built a Protestant church here, on top of a heap of rocks. The church still stands.

Masaba is the eponymous ancestor from which the Bagisu claim descent. "Masaba had 3 three sons, Mwambu, Mubuya and Wanale. The elders resolved to rename the mountain after Wanale, the ancestor of all Bamasaba living in central Bugisu," explains local historian Peter Wangota.

Mountain Wanale is the most westward extension of Mount Elgon or mount Masaba. Standing at a height of 6,864 ft, its precipitous cliffs dominate the landscape of Central Bugisu. Wanale's cascading waterfalls are a sight to behold. 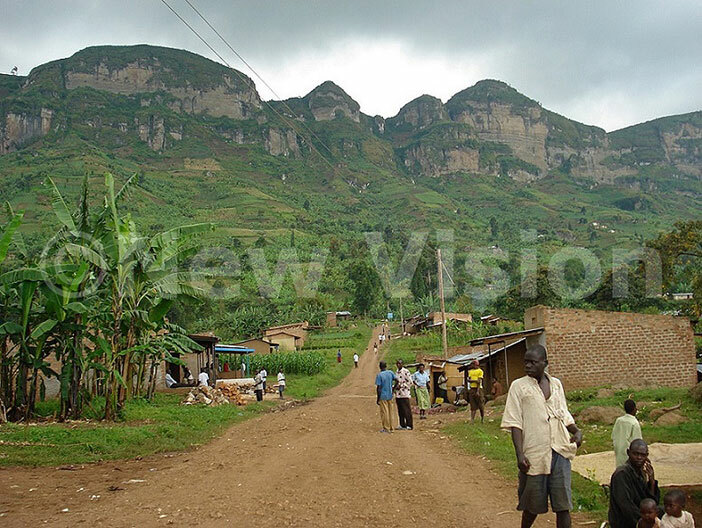 Mt Wanale in the foreground. Its the spur of Mt Elgon and is the most westward extension of Mt Elgon. Its height lets one command a panaromic view of Mbale and other areas of Bugisu

Namatsyo water falls for example, fall two miles down from the mountain top and submerges into rocky tunnels deep. The waterfall disappears down in the rocks under. The water reemerges and hits the surface from its underground pathway in villages like Bumboi and Mooni, just near Mbale town.

On the mountain top, one can have a commanding view over the western plains, reaching as far as Lake Kyoga, 50 meters away.

On the mountain top, you will also have a nice panoramic view of the metropolis of Mbale and the homesteads below stretching down the hillsides, out into the valleys and across the irregular countryside of the lower foothills and plains.

To get to Wanale with a special hire car or a personal car, brace yourself for a 30-40 minute road ride.

Take a left turn road after the Mbale high court and follow the road that goes down to Busamaga.

Elevated to a park in 1993, this place has many attractions. As you make the rounds on your expedition, you will bear witness to some unique flora and fauna (plants and animals) and some hot springs bubbling up to 480 degrees centigrade.

As you tread your way further, you can view the highest point on the mountain's ranges (Wagagai). It apparently goes as high as 8000ft. Wagagai is the second highest peak in Uganda.

For you the first time traveler, I advise you seek help first from the Park's information office, just before Fairway Primary school in Mbale's senior quarters, before you embark on your expedition. They will advise on what designated routes are suitable for you.

The Sasa trail which begins from Budadiri town and leads up to a large crater on the mountain top, is easily the most easily accessible and direct route for those seeking a worthwhile sightseeing trip.

The trail crosses the park's largest area of the bamboo forest and passes the fabulous Jackson's pool, on the way to wagagai peak. 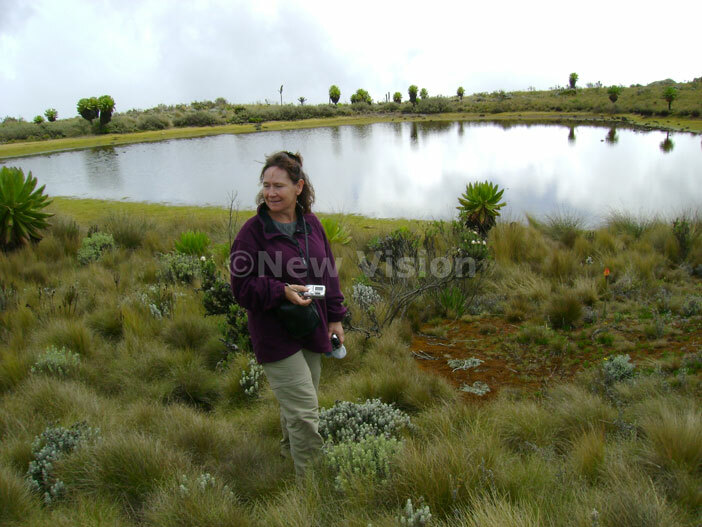 Along the way, you will stand a treat of the beautiful lush montane forest, tacazze sunbird, the mountain's awesome gorges, small crater lakes, fascinating heath and moorland hyrachs. The moorland hyrachs contain some of the most endemic plant species, unique to Africa like the giant phillipea excelsia.

If you choose to use the Piswa trail, you will be a witness to a variety of the park's rare wildlife species. To wit-monkeys, buffalos, antelopes, duiker, elephants, defassa's water bucks, leopards and spotted hyenas.

Reports from the park's information office, however show that most of the above species, as is the case with creatures, in other forest environments, are far to seek.

A false sense of entitlement is holding Uganda back