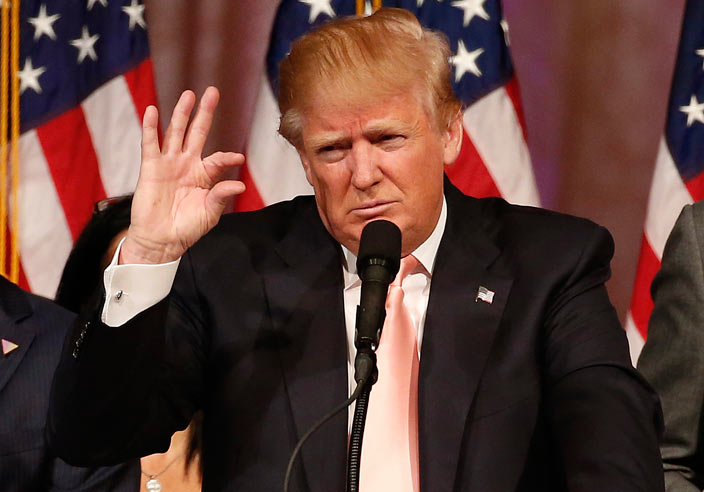 Donald Trump, the embattled Republican presidential nominee, has made a successful campaign out of incendiary rhetoric and defying political correctness.

But the plain-talking political outsider has stepped in it repeatedly over the past week, so much so that members of his own party are begging him to get back on message in his battle against Democratic rival Hillary Clinton.

Here are six of Trump's biggest gaffes since last week.

Trump alarmed American voters and his own supporters when he urged Russia to find and release emails that disappeared from Clinton's private server while she was secretary of state.

"Russia, if you're listening, I hope you're able to find the 30,000 emails that are missing," Trump said during a July 27 press conference. "I think you will probably be rewarded mightily by our press."

Democrats -- and some furious Republicans -- seized on the comments to highlight how Trump invited a foreign power to conduct espionage against the United States.

Trump backtracked the next day: "Of course I'm being sarcastic."

Trump's denigration of the family of a fallen Muslim American soldier was seen by many as a monumental mis-step.

Khizr Khan, a Pakistani immigrant whose son died in a suicide bombing in Iraq in 2004, pricked Trump by telling the Democratic National Convention last Thursday that Trump has "sacrificed nothing, and no one," for the country.

The Republican shot back on ABC News that he has made "a lot of sacrifices," then raised the stakes by tweeting: "Mr. Khan, who does not know me, viciously attacked me from the stage of the DNC."

The remarks, and Trump's refusal to apologize for suggesting that Khan's wife stood silently at his side at the convention because she was not allowed to speak, triggered an uproar within his party, with John McCain decrying the attack on a Gold Star family.

Trump stood firm, even as some Republicans openly vowed to vote for Clinton.

"I don't regret anything," Trump told WJLA-TV on Tuesday.

Just as his campaign reeled under the Khan fallout, Trump invited fresh criticism for comments some branded as victim blaming.

In an interview with USA Today published on August 1, Trump was asked about the sexual harassment accusations against Fox News boss Roger Ailes, who resigned last month amid the scandal.

What if daughter Ivanka were similarly harassed, Trump was asked: "I would like to think she would find another career or find another company," he responded.

Like many of his colleagues, House Speaker Paul Ryan issued a stern statement Sunday criticizing Trump's clash with the Khans.

In a move that highlighted Trump's vindictive reputation, Trump said Tuesday he was "just not quite" ready to endorse Ryan, the nation's top elected Republican, in his congressional re-election. Ryan squares off next week against a primary challenger who has praised Trump.

Ryan then warned Trump during a radio interview that his support was not a blank check.

Trump had the opportunity to bounce back Tuesday after the Khan fiasco, when a supporter gave him a Purple Heart, the American medal awarded to soldiers wounded in combat, as a gift.

"I always wanted to get the Purple Heart," said Trump. "This was much easier."

Trump has never served in the military. The New York Times reported that he received five draft deferments in the 1960s during the war in Vietnam.

The crying baby is an American presidential campaign staple. On Tuesday, when an infant repeatedly cried as Trump delivered a speech in Virginia, the nominee came across as unprepared.

"It's young and beautiful and healthy and that's what we want."

Minutes later, when the baby cried out again, Trump sang a different tune.

"Actually, I was only kidding, you can get the baby out of here," he said.