Ministry of health suspends grants to priv...
Next Story

Machar, has not returned to Juba since last month’s fierce fighting between his security detail and forces loyal to President Salva Kiir

Machar, has not returned to Juba since last month’s fierce fighting between his security detail and forces loyal to President Salva Kiir

PIC :The minister for Federal Affairs in the Republic of South Sudan, Dr. Richard Mulla speaks during the 65 State of the nation about the armed violence in South Sudan at Protrea Hotel Kampala  by  Ronnie Kijjambu

The South Sudan federal affairs minister, Richard Mulla, has said the country's former first vice president, Dr. Riek Machar, should wait for the 2018 elections to contest for any elective post.

Machar,  who has not returned to Juba since last month's fierce fighting between his security detail and forces loyal to President Salva Kiir around the presidential palace compound, was replaced with Gen. Taban Deng Gai last week.

Deng was endorsed for the country's second top position by the leadership of Sudan People's Liberation Movement in Opposition (SPLM-IO) following three weeks of his absence from the capital Juba. 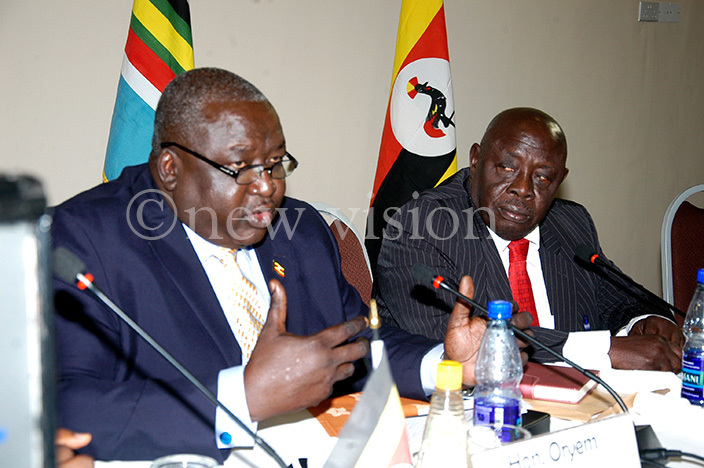 The State minister for Foreign Affairs, Okello Oryem (left) speaks during the 65 State of the nation about the armed violence in South Sudan at Protrea Hotel Kampala .Photo by Ronnie Kijjambu

The skirmishes between the two forces broke out as Kiir, Machar and James Wani Igga, the country's second vice president were meeting in the president's office to find consensus on the contentious issue of selecting of the Speaker of Parliament.

Kiir and Machar signed the Inter-Governmental Authority on Development (IGAD) brokered comprehensive peace agreement in August 2015 to end over two years of fighting that killed hundreds and displaced over two millions of people.

The peace pact produced a transitional government supposed to last 30 months before general elections in 2018. The agreement also provided for the amalgamation of the armies of the two rival leaders in three months.

"The agreement stated that we will select a Speaker of Parliament. The meaning of selection caused problems and we referred it to IGAD. We were told that it meant that the government will select and a speaker has been selected," Mulla said.

The minister was speaking during a dialogue organized by the Advocates Coalition for Development and Environment (ACODE) to discuss the economic cost of South Sudan conflict on Uganda at Protea hotel in Kampala on Friday. 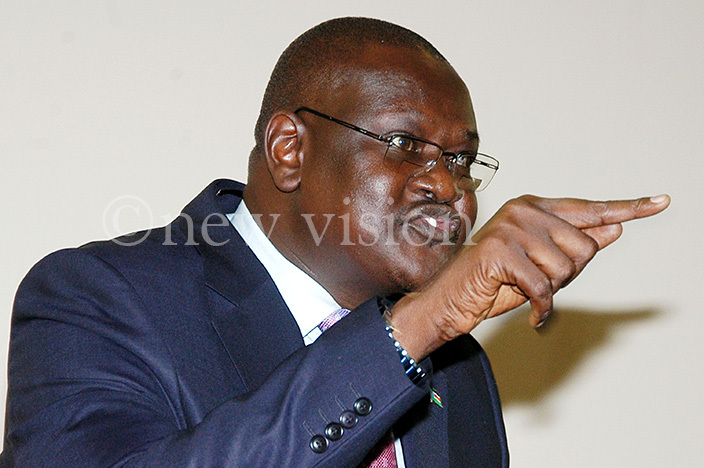 Mulla belongs to SPLM-IO which was headed by Machar until last week. Machar, who was previously the only vice president, was sacked in 2013 along with the entire cabinet by Kiir. Months later, he plotted to topple Kiir's government, but his forces were overpowered, marking the beginning of a fresh civil.

Kiir's spokesperson, Ateny Wek Ateny, said that ‘unfortunately' Machar can no longer be part of the transitional government and that South Sudan will ‘move on' without him.

"President Salva Kiir and Gen. Taban Deng are getting on well and there is already some sense of normalcy," he added.

But some of the Ugandan policy and political analysts said peace will never prevail with or without him (Machar) in government as long as the root cause of the conflict is not addressed.

I was not beaten - Nambooze