PIC: Women using firewood to cook attieke, a side dish made from cassava, in Affery, southeastern Ivory Coast. (AFP)

France has done it with Champagne, Italy with Parma ham and Japan with Kobe beef; now Ivory Coast wants to protect the status of one of its most popular foods.

Attieke -- pronounced atchekay -- is a side dish made from fermented ground cassava. It looks a bit like couscous, takes a couple of days to make from scratch and is popular all over country.

Government spokesman Bruno Kone said the ministry of industry had been instructed to "take the necessary measures to ensure legal international protection of the appellation 'attieke' as well as the production method of this foodstuff."

The aim is to establish an "international products and services marque" he added.

"Because of its renown, this food is increasingly being produced outside the country and marketed using the same name by countries which only partly follow the (correct) production process," said Kone. 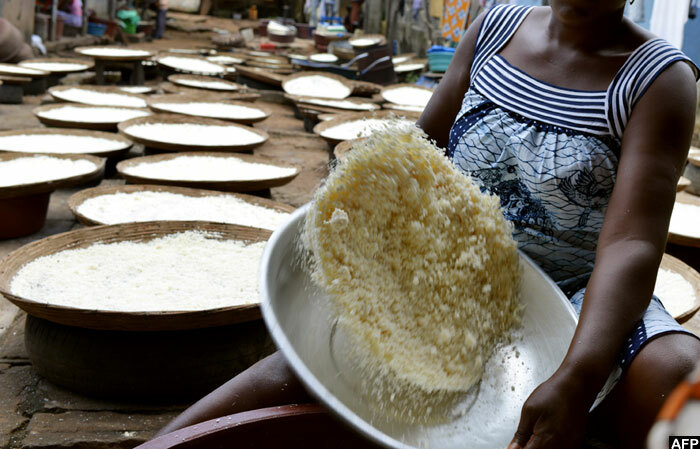 Making attieke involves peeling and then grating cassava, mixing the resulting paste with a small portion of already-fermented paste, and letting the lot sit for a day or two to ferment, allowing the tuber's natural acidity to dissipate.

The paste is then dried in the sun and then simply steamed for a few minutes before being served.

Attieke is also popular in neighbouring countries, with several tonnes being exported every month to Burkina Faso, Mali, France and the United States.

This year, five attieke factories sprang up around the capital.

Dreamliner fire classified as serious; no sign of battery issue

Double trouble for Boeing in London