Burahya County MP Margaret Muhanga who paid sh10b in cash to acquire a piece of land belonging to Uganda Broadcasting Corporation (UBC) has scoffed at her colleagues investigating the matter.

Hey Stay cool. The Supreme Court, the highest in the land already made a ruling on UBC land and Parl can't overturn it. Period

"Hey stay cool. The Supreme Court, the highest in the land already made a ruling on the UBC land and Parliament cannot overturn it. Period," Muhanga said on Twitter a day after she was grilled by the House committee on state enterprises.

The committee chaired by Bugweri County MP Abdul Katuntu is scrutinizing the Auditor General's report for 2013/14.

The committee is investigating the alleged fraudulent purchase of UBC land in Bugolobi a Kampala suburb.

Muhanga told a committee that she bought the land from court bailiffs at a cost of sh10b which she paid in cash. 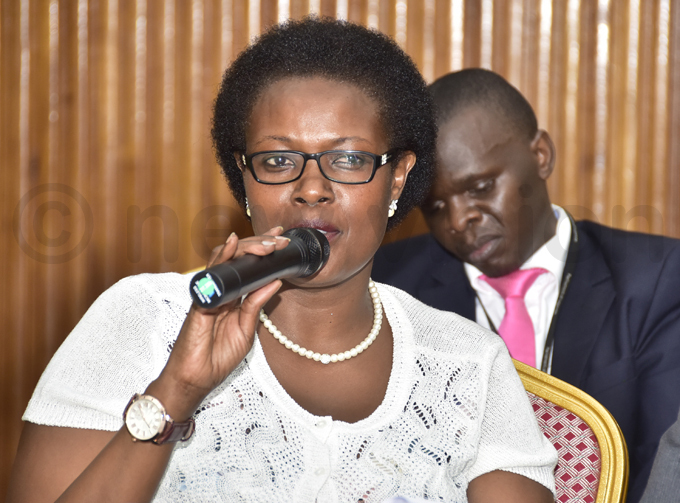 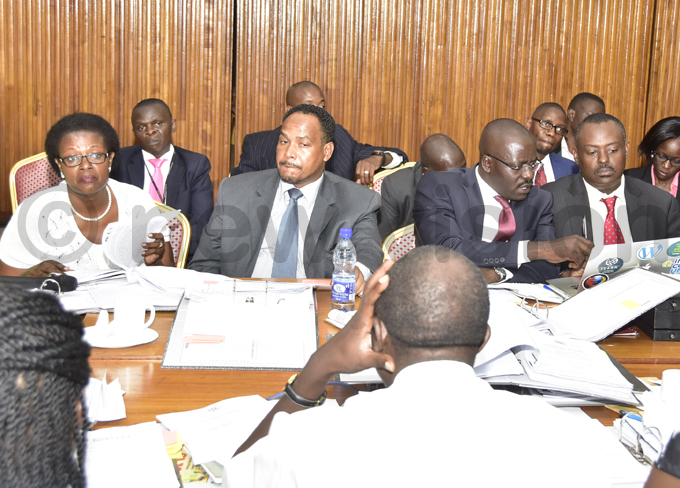 Muhanga listens to a question from MP Nandala Mafabi during the hearing at Parliament. Photos by Maria Wamala

According to Muhanga, the money was raised through the sale of cows, goats and donations from family members.

Asked whether the sh10b was withdrawn from a bank, Muhanga responded: "It was in my house. I paid cash and I was given a receipt."

The committee gave Muhanga up to Friday to produce a land title but she insisted that she had no title, arguing that it was cancelled by the Supreme Court.

"You see, we are moving back and forth on this matter. This matter was concluded by the Supreme Court - the highest court in this country. Then, where does anyone - whether Auditor General or parliament come in?" Muhanga said.

The Supreme Court has since cancelled Muhanga's land title citing irregularities in the process that saw UBC sell its land.

The claim by Muhanga that she raised such colossal sums from selling goats and cows has spawned a heated and, a tad sarcastic debate on social media with some impugning the veracity of her statement.

The transaction that saw Muhanga acquire the land in question is eerily complicated.

By an agreement dated 14th February, 2011, UBC, at sh11.5b, sold the land in question to Haba Group - a company belonging to property mogul, Hassan Basajjabalaba.

The land was sold without prior explicit permission of minister of information as required by the UBC Act.

When Haba filed a case challenging cancellation of the sale, court upheld UBC's objection to the sale and dismissed the suit.

Dissatisfied, Haba lodged an appeal in the Court of Appeal. However, before the case could be disposed of, the parties - UBC, Haba and Deo & Sons entered into a consent judgment in April 2013 to amicably settle the matter.

In this arrangement, Haba and Deo & Sons executed a deed of assignment to SINBA (K) Ltd.

Subsequently, SINBA (K) Ltd applied for execution of the consent decree and a warrant of attachment of the land was issued to Twinamatsiko auctioneers who proceeded to sell the land to Muhanga.

UBC later successfully challenged sale of its land in the Court of Appeal and attempts by SINBA, Haba and Muhanga to challenge the decision in the Supreme Court proved futile. Muhanga is now claiming refund of her sh10b.

A Sit down with young rapper Benezeri