Today in History
Next Story

Term for work, no jokes - Museveni

President Yoweri Museveni says this term is for working for Ugandans, emphasizing that there will be no playing games.

President Yoweri Museveni says this term is for working for Ugandans, emphasizing that there will be no playing games.

KYANKWANZI - President Yoweri Museveni addressed the cabinet at the closing ceremony of the retreat that has been taking place at the National Leadership Institute, Kyankwanzi. He said this term is for working for Ugandans, emphasizing that there will be no jokes or playing games when it comes to work. He outlines the priorities for the next five years.

Below is his speech in full: 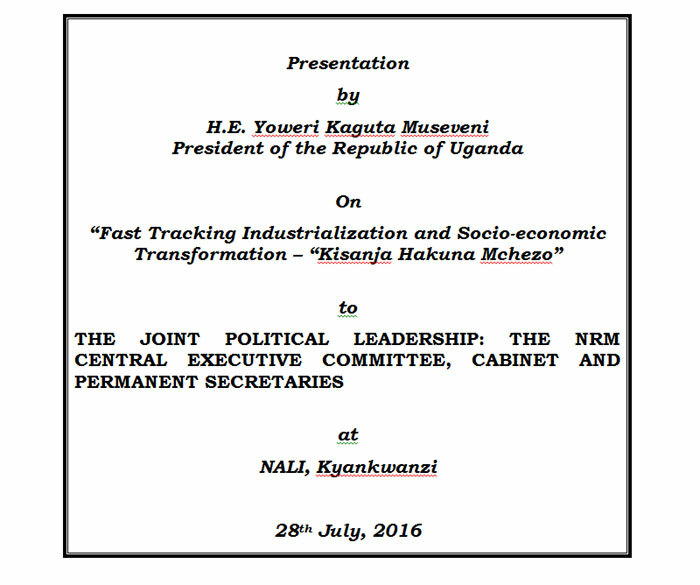 Prior to 1750AD, there was no widespread use of machines. People were using hammers, using muscle power or using levers. However, with many advancements, gradually, the Industrial Revolution emerged in Europe.  The use of machines operated, initially, by water with water wheels, was pioneered in England in 1831.  This meant that production was much faster.  If you could produce 4-5 hoes per day with a black smith methods, with machines you could produce about 2,900 per day.  Gradually, other European countries joined e.g. France and, later, Germany.  There is a story about Tsar Peter the Great of Russia who, in the year 1697, went to Holland and learnt about the  industrialization of Holland while his own Russia was still not introduced to the use of machines.  It is said that he travelled in disguise up to Holland and started working in a factory for months until he acquired the knowledge and went back to his country to initiate the industrialization of his country.

When Stevenson invented the steam engine, machine power was enhanced.  Machine power could also, then, be used in locomotion, especially in trains.  The horse was overtaken by the train. 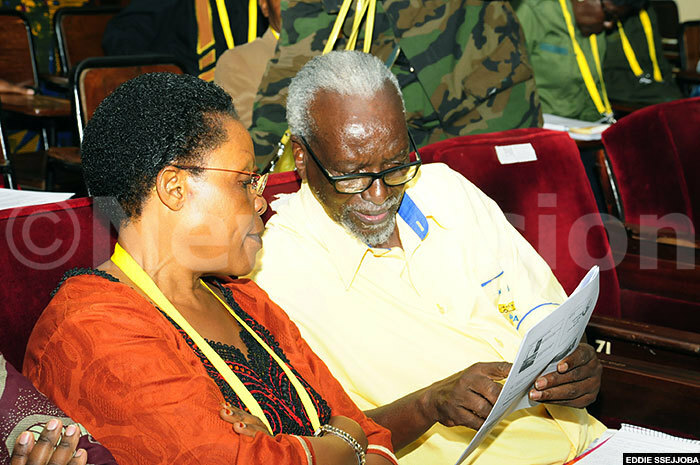 The use of electricity in powering machines followed the invention of that force in the 17th century by Michael Faraday in the year 1831.  The term electricity is derived from a term used by William Gilbert in 1600 to describe static electricity. The use of electricity and diesel to power machines started in the years 1831 and 1885 respectively. Uganda was not part of this industrial revolution until 1924 when sugar and soap factories were introduced, operated by power from Bagasse. Thirty (30) years later, in 1954, Owen Falls power station, with a one turbine machine of 15MW, was commissioned.  At that time, out of the 15MW, one (1) MW was consumed in Uganda and 14MW was sent to Kenya.  By 1970, the economy of Uganda was 25.5% industrial, 22.7% services, 25.5% commercial agriculture and 28.9% non-commercial agriculture. By 1986, these figures had slumped to 14.2% industry, 32.4% services, 24.9% commercial agriculture and 26.3% subsistence farming. (Source: UBOS)

May be in the past when imperialist countries had colonies that they used as captive markets, they may not have cared about the price.  After all, the buyers, by administrative and policy monopoly, had no alternative.  We, here in Uganda, had to buy British products: Land-rovers, Leyland Lorries, Bedford Lorries, Anglia cars, Austin cars, etc.  Nevertheless, the quality of those products was good but, if I remember correctly, their prices were higher.  With independence, we could interact with other manufacturers in the world: Japanese, Germans, French, Americans, eventually, the Indians, etc. etc.  Japanese cars (Toyotas), were, initially, poorer quality but cheaper.  By the time we came back from the anti-Amin war, however, in 1979, the Japanese vehicles were still cheaper but also good quality (Isuzus, etc). 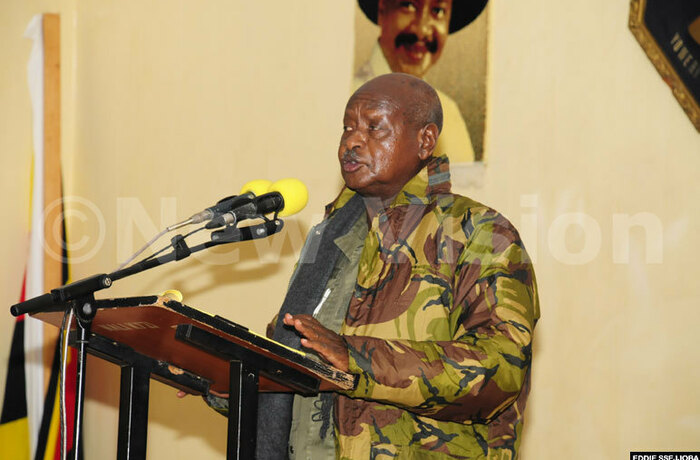 Other vehicle manufacturers had entered the market, especially Tata for Lorries. Gradually, the auto-mobile industry migrated from Europe (Britain, France, Germany and Italy) and also from the USA (Chevrolets, etc. etc) to, mainly, Japan and to, some extent, India as well as South Korea (Hundai, etc). I do not know what happened to the Peugeot cars that had flooded the Uganda market in the 1960s and 1970s (Peugeot 404s estate, saloon, 504s, 304s, etc).  Even when we attacked Kabaamba, we were helped by Mzee Ruyondo's Peugeot 304.  Therefore, before our eyes, we have seen how manufacturing has been migrating from countries and continents influenced by costs of production.  Therefore, all planners must bear this in mind.  Industrialization must remember lower costs of inputs that translate into lower prices but with good quality which factors render a country's products to be more competitive.

It is that realization that prompted me in 2006 to convene the Special Conference of the NRM Caucus in Parliament and the Cabinet in Statistics House to address the issue of prioritizing budgeting for the strategic sectors that could influence the structure of costs in the whole economy.  I am glad you agreed to my proposals and, as I pointed out, in the campaigns, expenditure on the roads rose from Shs. 398 billion to Shs. 3,442 billion per annum.  The expenditure on electricity rose from Shs. 178 billion to Shs. 2,858 billion per annum.  We have now taken on the standard gauge railway and have already worked on the ICT backbone.

These are very important steps in the direction of laying a solid foundation for industrialization.

With lower transport costs, lower electricity costs, lower water costs, lower labour costs, we remain with two bottlenecks that could sabotage our industrialization efforts.  These are the high costs of money ─ high interest rates and wrong tax policies.  The gap of high interest rates must be filled with capitalizing the Uganda Development Bank (UDB).  I am glad this step has already been taken by the Treasury.  The remaining bottleneck is the one of the wrong tax policies.

Since 2001, I have been pointing out the error of policy "infanticide" against young industries. The high corporation tax of 30% is wrong.  The scraping of the 10 years tax holiday was wrong, especially for manufacturing. It is wrong to tax companies you do not have.  If companies do not come, scared away by high and prematurely imported taxes, what will you tax?  Is it not better to allow the companies for manufacturing to come into the country without the harassment of direct taxes so that forex is saved by importing less, jobs are created, technology is transferred and indirect taxes are generated?  These indirect taxes will, mainly, be consumer taxes and also income tax.  This is the correct way.  Those who have been resisting this are wrong. 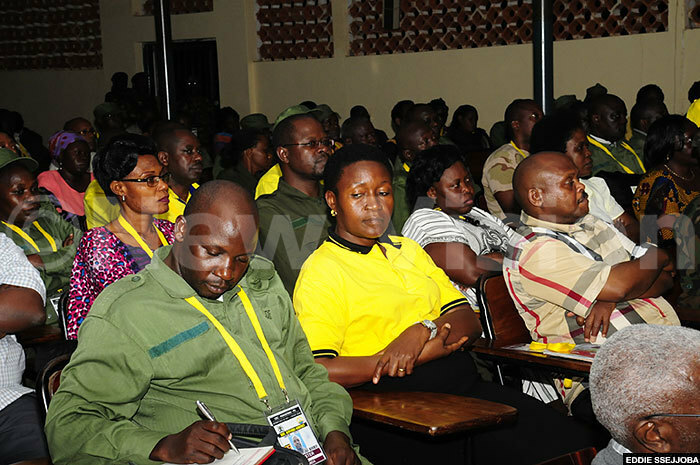 The bottleneck of the human resource skilling, in my opinion, is already partially dealt with by the large number of our children that have been to school.  That is how the literacy rate has gone up from 43% to 75%.  Yes, they need more skilling.  Skilling, however, is not that difficult for young people that are already educated. 1.5 million Ugandans spend alot of time on the internet with social-media.  Those are easy to skill.  The regional markets, through EAC and COMESA, are in place.  We are now working on the Common Market of the whole of Africa.

Besides, we have negotiated for market access to the EU, to the USA, to China, to India and to Japan.  In the case of India and Japan, however, it has remained theoretical.  We must pressurize Japan and India to implement this pledge.  With the modernization of agriculture, industry will be inundated with more raw-materials.

Our topic today reflects the attitude of the NRM in this Kisanja (term). The topic is: "Fast-tracking industrialization for socio-economic transformation, Kisanja Hakuna Mchezo".  In order to stop all "Mchezo" (playing around without seriousness), we must do the following:

1.     Consolidate what we have done right i.e. spending on the roads, electricity, the railway, the ICT backbone, defence and security, education, health and piped water in towns.  Nobody should deflect us from those priorities. Bujagali power must come down.

2.     Be careful with the wage policy.  We should not make the mistake of prematurely overpricing our labour (salaries and wages) so that companies run away from paying high wages.

3.     Sort out the problem of the over-priced money from banks by capitalizing UDB to give low-interest rates for manufacturing, agriculture and some of the services.

4.     Build the 22 Industrial Parks so that investors do not have to be, at the same time, drainers of swamps and clearers of forests.  The Parks should be supplied with electricity, water, internet services, access roads, etc.  The investors should only come to build the civil works and instal the factory equipment and look for Working Capital.

5.     The tax policy that is subversive to industrialization must be done away with.  Let investors come in without being scared by direct taxes so that they help us to stop unnecessary imports of goods and services that can be produced here, create jobs, increase exports earnings, transfer technology and help us to shift the population from disguised unemployment in agriculture to industry and services.  By their mere coming, they will generate indirect taxes ─ consumer taxes and income taxes.

6.     Banish corruption so that the parasites that increase the costs to our investors are eliminated.

7.     Stop delays in decision making. Decision-making must be prompt and accurate in terms of law and procedure.  If necessary, the constraining laws can be amended such as the law on land acquisition for public works.

8.     Continuing to skill and discipline the workforce.

9.     Modernize and rationalize agriculture to provide more raw-materials to industry.

10.   Develop the mining sector through more exploration so as to provide more raw-materials for minerals' based industries (cement, steel, copper products, fertilizers, alloys for steel such as manganese, carbon, chromium, nickel, tungsten, etc).

12.   Stop the overfishing on the lakes to save raw-materials for the fish factories that are closing because of lack of fish.

13.   Ensure strict regulation to protect the sugar industry, the milk industry, etc. from indisciplined competition.  Nobody should be where he is not supposed to be.  Period!

14.   Agro-processing must be accompanied with strict disease-control.  With a big export industry, we cannot afford disease epidemics for crops and livestock.  Therefore, countries will rightly ban our exports.  What, then, shall we do?

15.   Whenever there are big projects such as the hydro-electric dams, the oil projects, the standard gauge railway, etc., the planners should ensure that Ugandan entrepreneurs participate in providing local content such as cement, steel, wood, glass, catering, transport, drilling equipment, explosives (commercial), etc., etc.

16.   Our scientists, who have many patents on account of their inventions, through the Innovation Fund, should be funded so that we do not have to only rely on external actors. 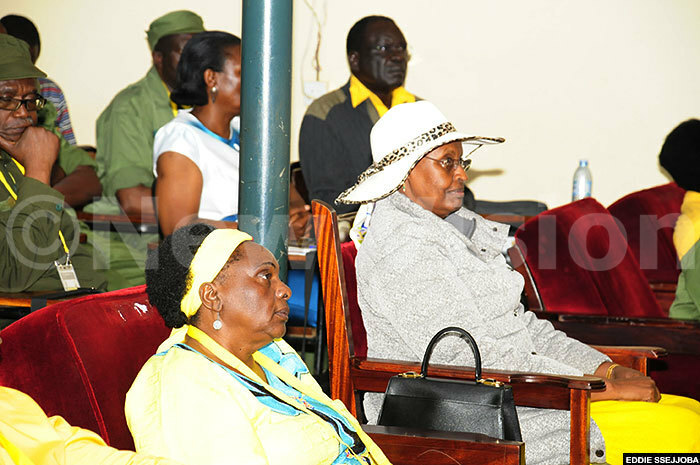 With these measures and others that I have not enumerated, the industrial and services sector in Uganda will expand and employ more people. This is one characteristic of modern countries as compared to the under-developed countries. Under-developed countries always have more people in agriculture than in industry and services.  They normally have more people in the rural areas, thereby paralyzing rural land from rational production, than in the urban areas.  Industrialization and urbanization transform that and rectify it for the benefit of society.  More people shift from the rural areas to the urban areas, but in a purposeful way. 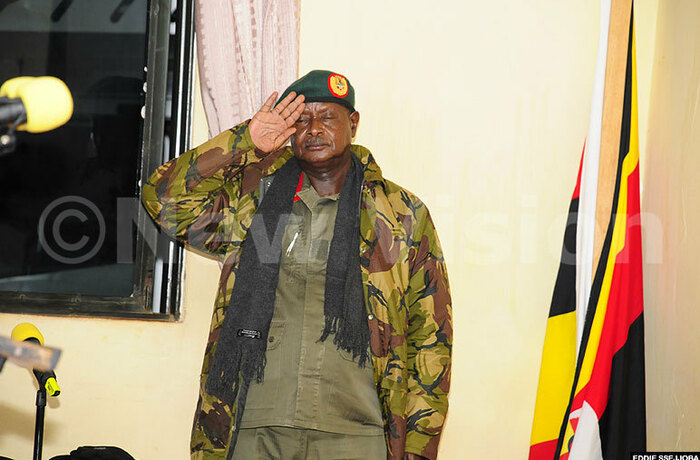 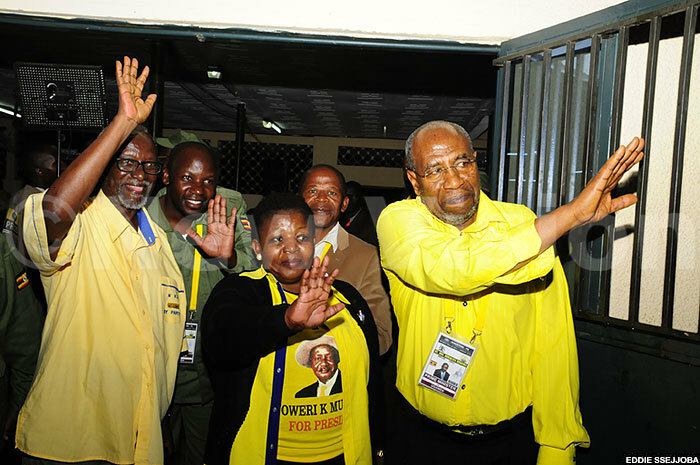