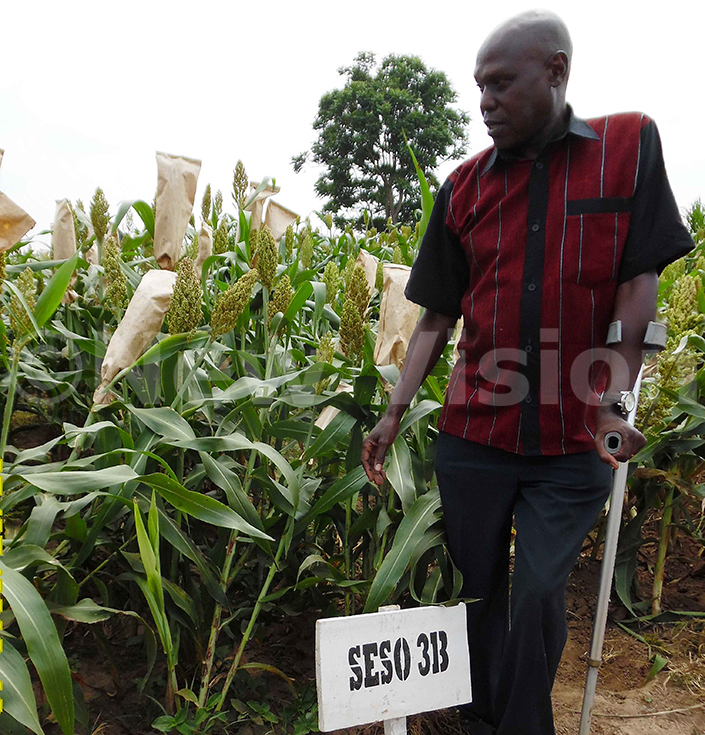 Sorghum is one of those crops that have moved from substance to commercial activity attracting a foreign investment with a source of revenue worth 100,000 dollars to the government per annum.

Particularly, Sorghum farmers' incomes in Serere are every now and then  drastically improving from sell of their produce following a contract signed between them and brewing companies. Support from breweries is helping to increase the commodity's production.

In 2013, farmers were able to earn sh8.7 bn out of the 9000 kgs produced and sold to the brewing companies which has improved the farmer's welfare for instance housing and sponsoring their children at school. 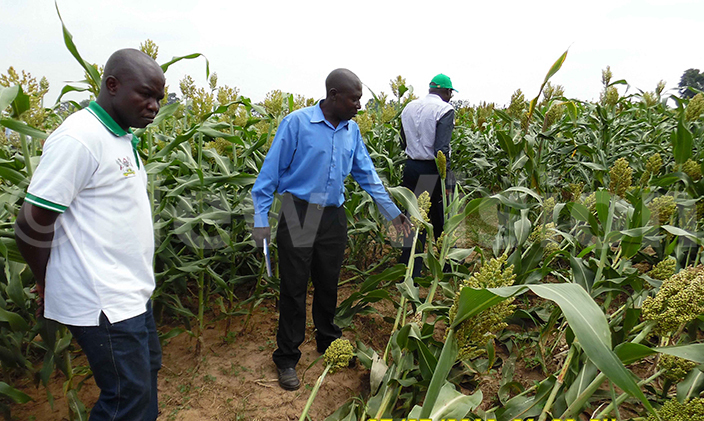 "It has helped to improve the livelihood and addressed Plan for Modernization of Agriculture, "Ebyau said.

He added that they have brought new innovations, also introduced 10 new varieties and high breeds. This was revealed during a guided tour of the NaSARRI. This is all done to continue the trendy supporting the local farmers.

There are SESO1 and SESO2 breeds with early maturing period of about 100 days, Ebyau said.

Sorghum is sold at between Shs1000 and Shs1500, prices that do not satisfy the farmers' demands.

Ebyau explained that SESO3 which is brown in color is good for food when mixed with cassava while SESO1 is for Beer production. The new breeds can produce 3000kgs per hectare.

Currently Sorghum is mainly grown in Serere, Teso, Acholi land and West Nile among others. The crop is grown on large scale under contract farming in which farmers come in to partnership to produce directly for a particular brewery with a few kilos consumed in their homes.