A good morning to you all! Let's have a quick look what today's New Vision paper has in stock for you . . . 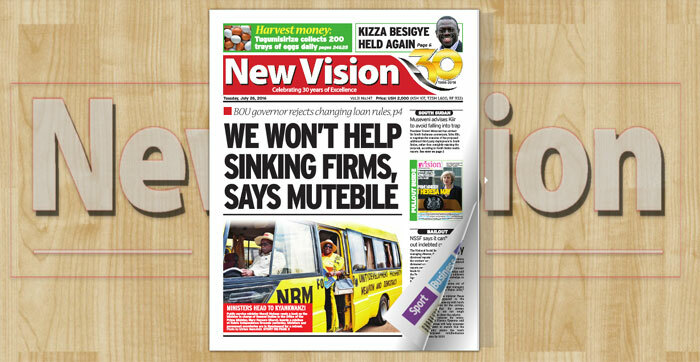 On a warm Tuesday morning here in Kampala, Uganda's leading daily leads with a story on the Central Bank, which is led by the man you see immediately below, Prof. Emmanuel Tumusiime Mutebile. The story is that Bank of Uganda has refused to relax the current regulations governing lending by commercial banks. 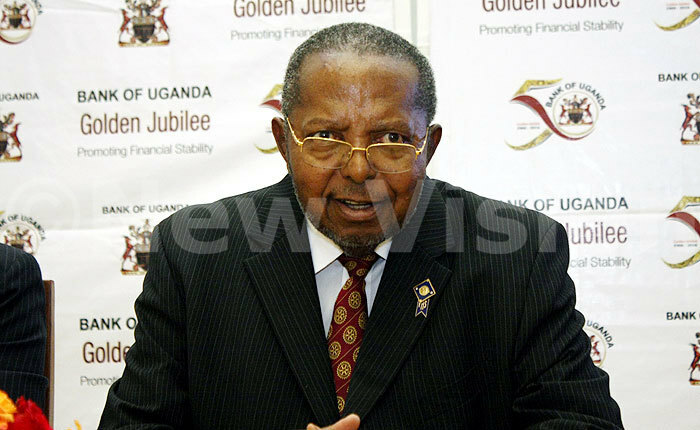 The bank was responding to a proposal by the Government to relax the regulations as part of a package of measures to rescue financially distressed local companies. Flip over to Page 4 for details on this.

A LECTURE FOR MINISTERS

Meanwhile, government officials have gathered at the National Leadership Institute in Kyankwanzi for a one-week retreat. President Yoweri Museveni is today expected to lecture them on the National Resistance Movement (NRM) ideology.

"The beatings by Police officers as shown in the video footage were in excess, not necessary, not proportional and insensitive to humanity. The Police condemn it," the first witness told the Police disciplinary tribunal on Monday.

And Opposition politician Dr. Kizza Besigye is back in the news, for very familiar reasons. Meanwhile, back to that story up there on police beatings: Opposition party FDC is saying that the policemen implicated in the case should be tried in the courts of law.

And over to the western part of the country - particularly in Kasese district - where local leaders there have clashed over the new districts. What's this disagreement about? What are they saying?

Find all this packaged for you on Pages 6 and 7.

'LIFE HAS NO SPARE PARTS' 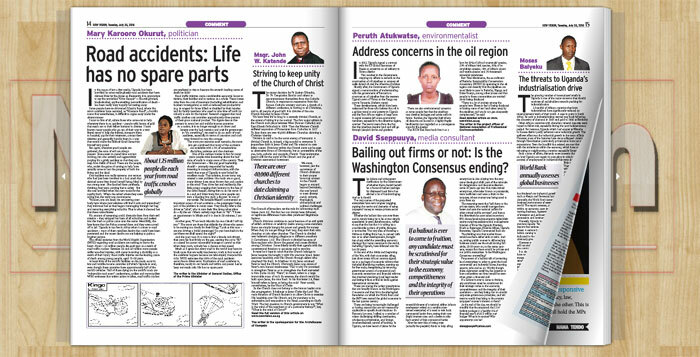 And on our commentary pages, politician Mary Karooro Okurut is talking road accidents. "I want to first of all, salute those who come out to help whenever there is an accident - people with hearts of gold that reach out to their fellow humans in distress," she writes.

Msgr. John W. Katende is touching on the subject of unity and the Church.

And what are the threats to Uganda's industrialisation drive? That's the question Jinja West MP Moses Balyeku is answering also in today's commentary.

And in this week's farming pullout Harvest Money . . . 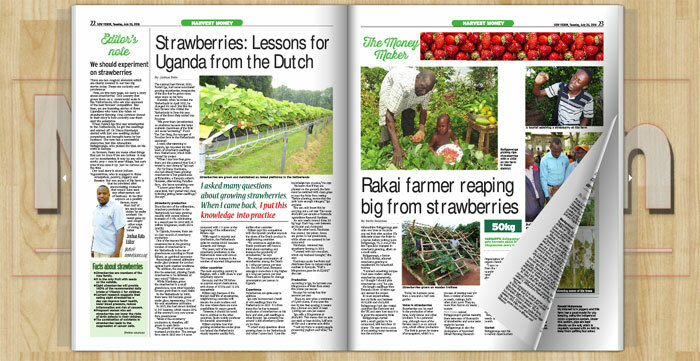 Also read about Jotham Tugumusirize, a 44-year-old farmer in Mukono district, central Uganda, who collects as much as sh1.5m from eggs every day. WOW! 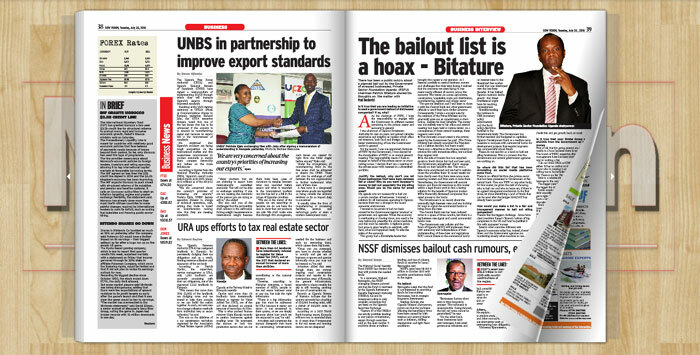 In the business section, there is plenty to munch on. And one of that is an interview with Private Sector Foundation Uganda (PSFU) chairman Patrick Bitature. There has been a public outcry about a planned bailout by the government of stressed businesses. So it is true that PSFU is leading an initiative seeking bailout?

What are Bitature's thoughts on the matter? Page 39. 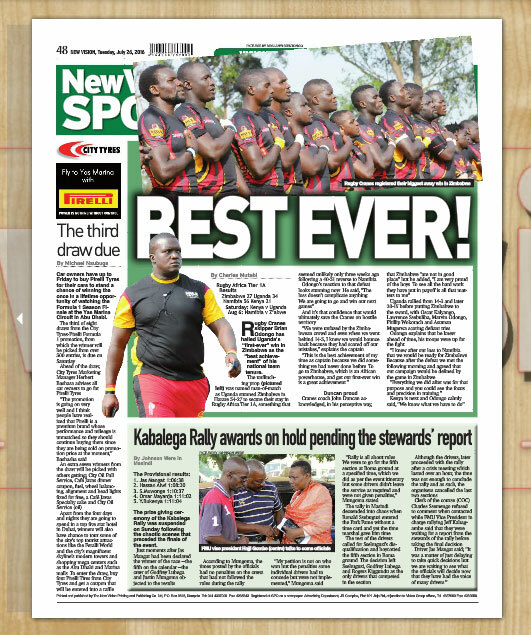 Why care should begin at an early age