Chaos in Kabalega rally
Next Story

US Democrats converge on the City of Brotherly Love to elevate Hillary Clinton this coming week as the party's nominee who will battle Republican Donald Trump in 2016's presidential election.

The Democratic National Convention kicks off on Monday in Philadelphia with the party more unified than the Republicans, whose fissures were laid bare this week as they confirmed brash billionaire Trump as their flag-bearer.

But frustrations are nevertheless swirling as delegates bicker about the Democratic nominating process and new hiccups over Clinton camp emails.

"Next week in Philadelphia we will offer a very different vision for our country," she pledged. "One that is about building bridges, not walls, embracing the diversity that makes our country great."

Her quest received a boost Saturday when she introduced Tim Kaine of Virginia as her running mate, a savvy Spanish-speaking US senator with a bright smile but "a backbone of steel", according to Clinton. 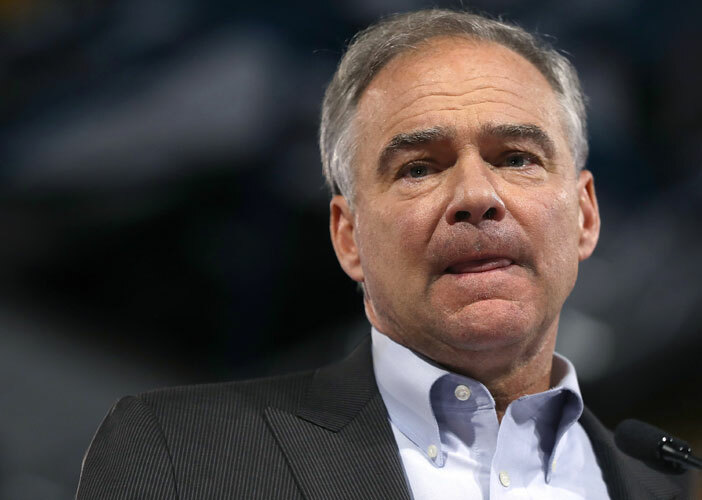 Kaine "is everything Donald Trump and (Republican running-mate) Mike Pence are not," she said.

The 58-year-old Kaine, from a crucial battleground state, delivered a rousing speech in Miami, Florida, laying out sharp contrasts between Clinton and the Republican nominee.

"She doesn't insult people, she listens to them," he told the Miami crowd. "She doesn't trash our allies, she respects them. And she'll always have our backs."

Following the appearance Trump tweeted that he had seen "Crooked Hillary and Tim Kaine together. ISIS and our other enemies are drooling. They don't look presidential to me!"

The Democratic convention "gavels in" at 4:00 pm (2000 GMT) Monday in Philadelphia's Wells Fargo Center, with First Lady Michelle Obama and Clinton's former rival in the primaries, Senator Bernie Sanders, scheduled as the headliners. 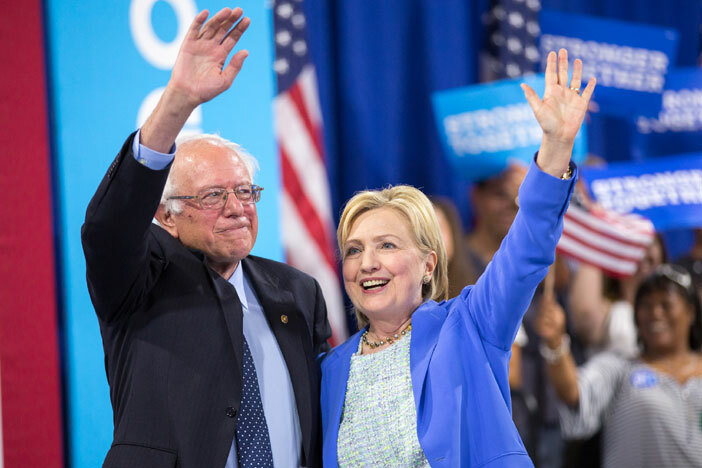 The Democrats have considerably more star-power than the Republicans who gathered in Cleveland, where both former Bush presidents steered clear, as did former Republican presidential nominees John McCain (2008) and Mitt Romney (2012).

Even as the party basked in the lovefest that was the first Clinton-Kaine rally, there was still a whiff of scandal that could rattle party unity.

A cache of leaked emails from Democratic Party leaders' accounts includes at least two messages suggesting an insider effort to hobble the upstart Sanders campaign -- including by seeking to present him as an atheist to undermine him in religious states.

Trump has pounced on the leaks.

"Someone does have to be held accountable," Weaver told ABC News.

The Democratic Party seemed to have "its fingers on the scale" for Clinton, Weaver added.

- 'Shouldn't be fearful' -Sanders delegates fumed when their efforts to end the party's use of superdelegates -- grandees who are free to vote for whomever they choose at the convention -- mostly failed during a series of rules committee votes on Saturday, according to The Washington Post.

But Sanders delegates won a compromise victory when the committee agreed to form a commission tasked with reducing the number of superdelegates in the nomination process, something Sanders has long demanded. 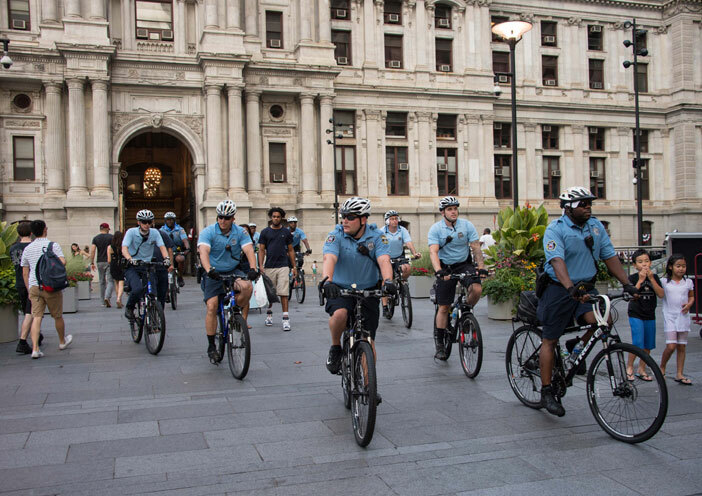 Police patrol on bicycles in front of City Hall in Philadelphia

"We shouldn't be fearful, we're Americans," delegate Patti Norkiewicz of Florida told AFP, two days after Trump offered a dark vision of a nation besieged by chaos and violence.

"We should be proud, united, and we're allowed to disagree," she said.

Clinton is seeking to become the first female commander in chief, eight years after Obama made history as the nation's first black president.

While Sanders has publicly endorsed his former rival, many of his most fervent supporters are organizing protests in Philadelphia beginning Sunday, with the largest demonstration expected on the convention's opening day Monday.

"We've come to see that she's part of a corrupt system."

Protests at the Republican convention which ended Thursday were underwhelming, with only a few demonstrations drawing hundreds of people.

Organizers in Philadelphia say they are expecting thousands.