Home
NEWS
Media
Supplements
Tenders
Notices
One of the tigers mauled her to death, before carrying off her body.

One of the tigers mauled her to death, before carrying off her body.

Tigers at a wildlife park in Beijing killed one woman and injured another after the pair left their vehicle following an argument, Chinese media reported Sunday.

The attack took place at Beijing Badaling Wildlife World Saturday, Chinanews.com reported, when one of the women left the vehicle following an altercation.

A tiger quickly attacked her and dragged her off, prompting the second woman to leave the vehicle in an attempt to help, it wrote on its microblog account.

Another tiger mauled her to death, before carrying off her body.

The two women were accompanied by a man -- who aided the rescue attempt -- and a small child, who were uninjured, it said, adding that the park has been ordered to close for "rectification." 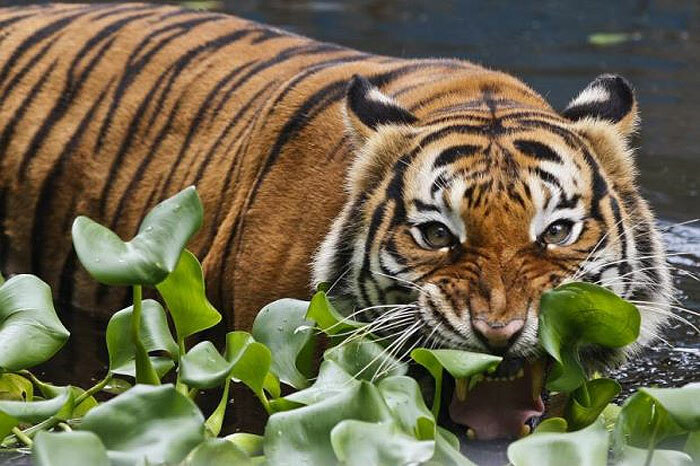 A security guard is said to have been mauled to death in August 2014 in a previous such attack at this park. (AFP)

The park allows visitors to drive their own cars safari style through an open space where the animals roam free.

Visitors are cautioned not to alight from their vehicles.

A report on online news portal Sohu said that park personnel quickly rushed to the women's aide, but were too late to save one of them.

The injured woman is recovering from her wounds in hospital, it added.

There was no mention of the incident on the park's web page or social media account. A post on its microblog said that it was closed due to heavy rains.

The park has had at least one previous tiger attack, Sohu said, noting that a security guard was mauled to death in August 2014.