The two leaders are understood to have talked about regional matters.

The two leaders are understood to have talked about regional matters.

The discussions between the two heads-of-state revolved around regional matters and the situation in South Sudan. 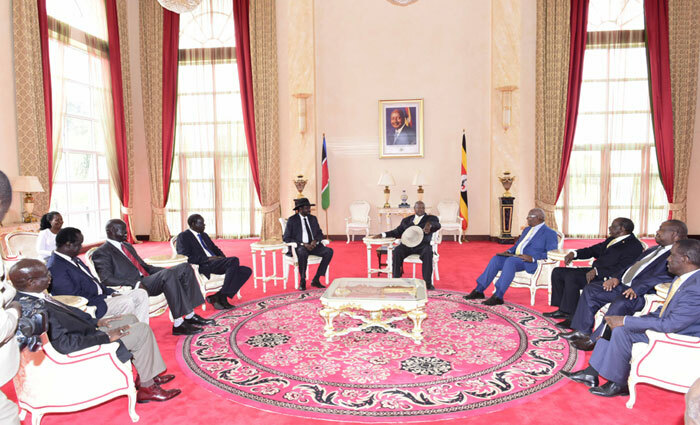 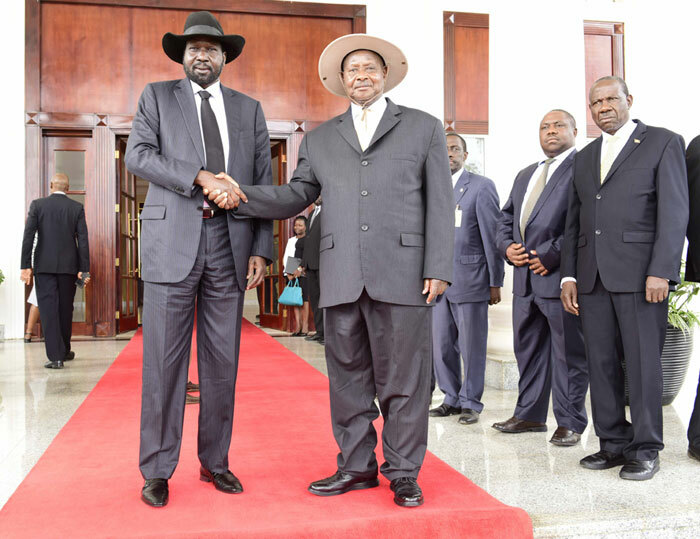 Machar declared he had fired the minister -- a position that appeared to have the backing of the SPLM/A (IO), a former rebel movement that has joined in a fragile unity government.

But in a twist to the strife-torn country's complex politics, around 100 senior members of the SPLM/A (IO) then announced they backed the minister.

The central figure is Mining Minister Taban Deng Gai, who the dissenters said will act as interim vice president in Machar's absence.

"The leadership has nominated Taban Deng Gai to act as the first vice-president of the Republic of South Sudan," Ezekiel Lol Gatkuoth, head of external affairs for the SPLM-IO, told the press after a meeting at a hotel in Juba.

But speaking to journalists following his nomination, Gai insisted he would step aside once Machar returned.

"I'm only filling a vacuum. If Riek Machar returns (to Juba) tomorrow, I will gladly step aside if it can help bring peace to South Sudan," Gai said.

Machar and President Salva Kiir fell out in 2013, little more than two years after South Sudan became independent, when Kiir accused his vice president of plotting against him.

The result was a civil war that killed tens of thousands of people.

A peace agreement was sealed in August 2015, but the country remains chronically unstable.

Forces loyal to Kiir or Machar fought bloodily from July 8 to 11, although the presidential troops had overwhelmingly superior firepower, in helicopters and tanks. At least 300 people were killed.

Machar has not been seen in public since then.

Kiir has appealed to Machar to return to Juba and has vowed to guarantee his safety.

But Machar has refused until a neutral force -- agreed in principle by the African Union -- is deployed.

On Friday, the SPLM/A (IO) warned that any attempt to replace Machar with Gai -- the former rebels' chief negotiator during the peace talks -- would inflict "a devastating blow" to the unity government and the peace accord.

Separately, Machar, in a statement to Kiir received by AFP on Saturday, said he had fired Gai as minister.

"I will nominate his replacement as soon as I return to Juba once the security arrangement is put in place by a third party force", he said.

Kiir has rejected a proposal by the AU to deploy a protection force in South Sudan and is also against beefing up the mandate of the UN peacekeeping mission UNMISS. But the SPLM/A (IO) is in favour of an independent force.

"There is no point to come back to be assassinated," Machar's spokesman Goi Jooyul Yol told AFP on Friday, speaking from the Ethiopian capital Addis Ababa.

"Dr Machar is still being hunted around Juba," he said, adding that "we don't trust" Kiir's security pledge.

Juju is Cranes' no.1 threat in Benin tie

Once upon a time... preserving folk tales in Benin