Our new programme, which started this year and runs until 2020 will be focused on two areas including promoting inclusive and effective governance

Gebru handing over a certificate to Chombe Mucek the mayor of Nebbi municipal recently.photos by BENEDICT OKETHWENGU

Our new programme, which started this year and runs until 2020 will be focused on two areas including promoting inclusive and effective governance

Gebru said, their new approach is meant to strengthening the rule of law and constitutional democracy, peace, security, transparency and accountability in the country. She argued that creating strong institutions will help communities create income generating business and employment opportunities.

This, she said will also help improve livelihoods and enable Uganda attain middle income status as envisaged in its Vision 2040.

"Our new programme, which started this year and runs until 2020 will be focused on two areas including promoting inclusive and effective governance," she said.

She said UNPD is willing to support Government to mainstream, implement and monitor the Sustainable development goals integrated into the Second National Development Plan (NDP II). 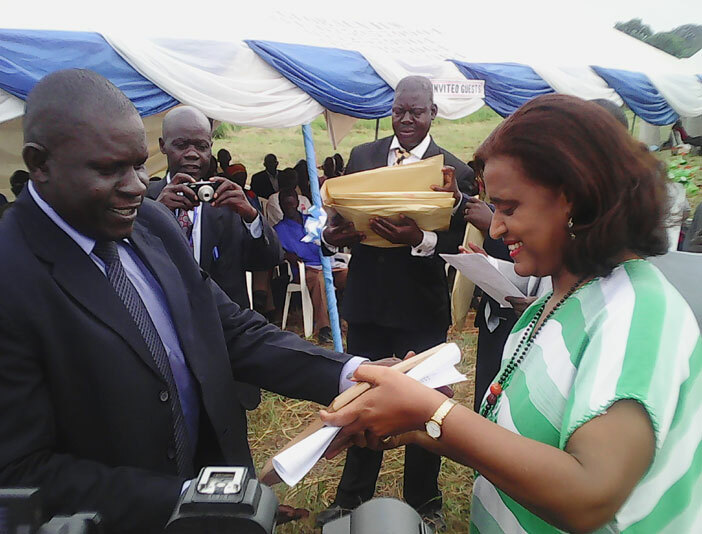 Gebru was speaking during the celebration of the 18th anniversary of  West Nile Development Promotion Centre (WENIPS) and launch of their new office block in Nebbi Municipality recently.

WENIPS was established in 1997 as  the first of 11 Private Sector Development Promotion Centers under the Government of Uganda and UNDP to take capacity and business development services closer to the people at the grassroots.

WENIPS has, however turned up to be a household name in West Nile championing the Village Saving and Loans Associations (VSLA) and Saving and Cooperatives across the region.

According to Jenaro Onegi, CEO of WENIPS, at least 4,600 VSLA have been formed in West Nile region with the help of WENIPS in the past years.

These, Onega said  have enabled over 120,000 poor and vulnerable people and households in the region to access financial services, and engage in various income generating activities.

"I feel a great joy today, the kind of joy a parent feels when their grown up child is doing well. WENIPs and all the other promotion centres are our children and it's great to see them succeed," she recounted.

She said the success of WENIPS validates both UNDP and Government's strategy of building institutions to provide services and programmes that empower local people to fight poverty on a sustainable basis. 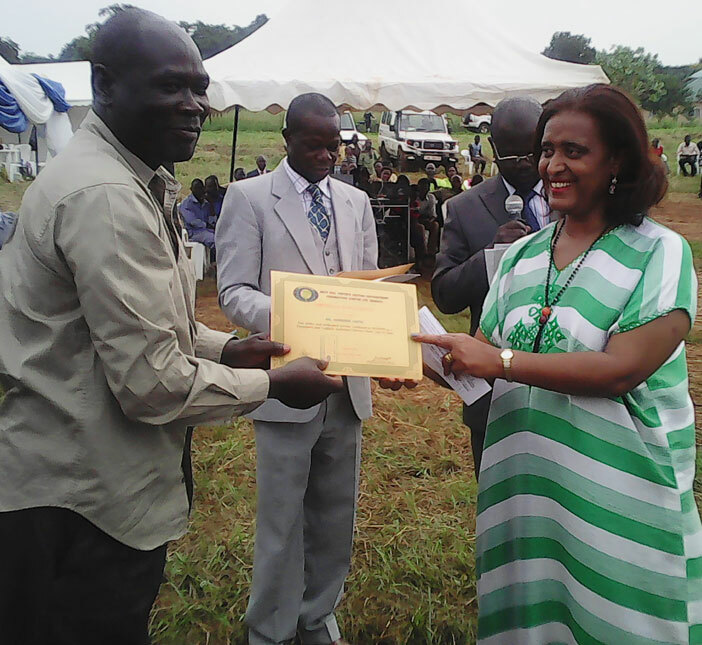 She thanked the government for providing an enabling environment that has allowed WENIPS to flourish and serve the community for the last eighteen years.

Dr Anthony Okwir, chairman board WENIPS, said supporting the private sector by the UNPD is a welcome move that will help transform poverty at household level.

"91% of the people in West Nile region depend entirely on agriculture and yet their capacity to undertake it at commercial level is low, so the answer could be the private sector to train them," He said.

During the function, Gebru gave out certificates and accolades to institutions and individuals for their distinguish contribution in promoting private sector led growth in West Nile.

Key among the beneficiaries was James Chombe who was awarded certificate for his role in mobilizing people to join village loans saving groups in Nebbi Municipality.

It wasnâ€™t all it was cracked up to be